A look back: How the workforce has changed | Deloitte Insights

Prologue How did we get here?

Viewed through the lens of people and business, the past decade has been one of tremendous change—with more to come.

The world today looks remarkably different from the one in which we launched the first Global Human Capital Trends report in 2011. The past decade has been marked by radical change, by a “newness” that has evolved at a pace that can only be described as exponential. Technology invaded the workplace at a speed that would have been unimaginable a decade prior. Workforce demographics shifted substantially, with five generations in the workforce, a decline in working-age populations in many advanced economies, and an increase in the focus on equality for all workers as it relates to pay and treatment.1 And as the workforce evolved, so did worker expectations—with calls for organizations to do more to help improve individuals’ lives, address societal problems, mitigate technology’s unintended consequences, and act equitably and ethically. 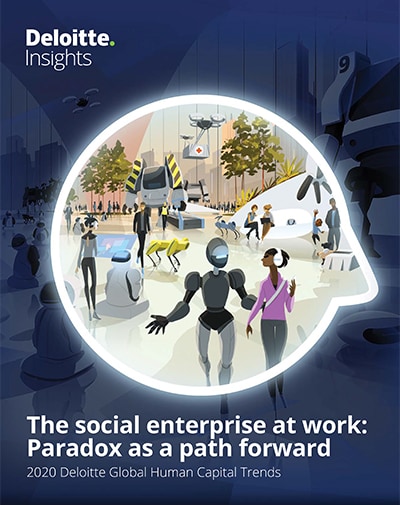 Throughout these significant changes, our annual Global Human Capital Trends report has offered readers an opportunity to understand each moment in history, viewing the current economic, cultural, and technological landscape through the perspective of people and business. Before launching into the 2020 report, we reflect on the forces that have shaped the world of work over the past decade.

The early decade: Emerging from the shadow of the recession

When we wrote our first report in 2011, the world was gaining a sense of economic stability following the Great Recession of 2007–2009. Global financial markets were showing signs of recovery after the downturn of the previous few years, with the Standard & Poor’s (S&P) 500 Index rising to within 200 points of the precrash high by the middle of 2011.2 Governments, looking to mitigate future risk, were introducing new regulations such as Dodd-Frank and global standards like Basel III. Our 2011 report commented on the impact new regulations had across all industries, with governments playing a greater role in shaping business plans than ever before.3

Amid these regulations, organizations buckled down with a renewed focus on cost and compliance. We saw an emphasis on getting the core right across both technology and operations—an undertaking that became more challenging as organizations grew more complex and more diverse. Leaders were tasked with driving operational efficiency in their divisions and teams, often leading to a siloed approach to enterprise issues as each leader focused on their specific area of the business with very little crossover or collaboration.

The beginning of the decade also brought the emergence of revolutionary technologies. Artificial intelligence had reached the point where it could now beat humans at tasks ranging from recognizing traffic signs to answering trivia questions.4 Cloud was transforming business models by offering organizations a lower cost of entry, faster speed to solutions, and greater adaptability. And the explosion of data in the workplace exposed new business priorities and challenged conventional decision-making.

By 2013, something had changed. In that year’s report, Resetting Horizons, we explored how leading organizations were pivoting away from the Great Recession to new horizons of talent, globalization, growth, and innovation.5 And while continued business uncertainty seemed inevitable, there was an openness to harnessing this uncertainty and turning it into a competitive advantage.

We began to see a new, untethered optimism in business that had not been present in the five years since the recession. The economy experienced an accelerated rebound; the S&P 500 rose almost 30 percent over 2013 with no major periods of correction.6 The EU debt crisis seemed to be calming following the European Central Bank’s late 2012 announcement that it would provide additional support to eurozone countries involved in a sovereign state bailout/precautionary program.7 The expansion of globalization furthered the expansion of business in Asia: The number of Chinese companies on the global Fortune 500 list rose from 47 in 2010 to 95 in 2014.8 In short, the global business world seemed to be on the verge of writing a new chapter in history.

The mid-decade: The future of work arrives

As we entered the middle of the decade, the world was not the same place that it had been just a few years prior. Technology, which continued to transform the day-to-day lives of people around the world, had also come to work. While the foundations of digital—mobile, cloud, social media—were established early in the decade, by the middle of the decade this shifted to a world in which technology was viewed as a driver and enabler of every aspect of work. Even in emerging markets such as China, where the fast-growing online economy had created 282 million internet users under age 25 alone,9 the digital organization was often becoming a C-suite topic. Humans and technology had become coworkers in ways that would have been difficult to predict even a few years prior.

Yet, despite the explosion of new technology, productivity was the lowest it had been since 1970.10 Furthermore, negative side effects from the explosion of technology started to appear. As we wrote in our 2014 discussion of The overwhelmed employee, “Information overload and the always-connected 24/7 work environment were overwhelming workers, undermining productivity, and contributing to low employee engagement.”11 In the race to take advantage of the promise of new technology, many organizations had failed to consider what other changes would be necessary in order to unlock the real potential of bringing new technologies into the world of work.

The magnitude of this challenge started to come into focus in our 2016 report, The new organization: Different by design, which explored the possibility that companies would need to transform themselves to handle an emerging “new social contract” between employers and workers.12 By 2017, as the tensions between humans and technology continued to accelerate, it became clear that an even more radical transformation would be required to enable humans and technology to work productively together. In that year’s report, Rewriting the rules for the digital age, we questioned whether some traditional structures and orthodoxies were holding some organizations back from the expected technology-driven productivity gains.13 We suggested that organizations needed to “rewrite the rules” to navigate the exponential change that arrived with the full onset of the digital age.

Those new rules would require more than merely inserting technologies into existing structures and processes. Instead, organizations needed to think about how to redesign jobs and redesign work in ways that represented a fusion of, rather than a trade-off between, humans and technology. With the recognition that technology, human, and business issues are not separate but intertwined came the realization that these issues would have to be approached in new ways. They would need to reconfigure themselves to work in networks of teams that included both people and machines, drawing on adaptable organizational structures to drive greater agility. They would also need to work differently as leaders—bringing an integrated enterprise mindset at every turn. We found ourselves then at the epicenter of the future of work, beginning the journey to fundamentally reinvent work, workforces, and workplaces.

In the late decade, it became clear that a critical aspect of the “new organization” was often still missing if organizations hoped to unlock the power of humans and technology together. While organizations were beginning to redesign work around technology, new social forces were also playing a pivotal role.

Despite the economic recovery the world had seen since 2008, many people remained frustrated that financial gains failed to improve individuals’ lives and address larger societal problems. Earlier in the decade, we saw the power of social movements in an increasingly connected world, such as Black Lives Matter (2013), Love Wins (2015), Brexit and the Remain Campaign (2016), and Me Too (2017). As a result, many individuals started to turn to businesses even more than governments to help fill a widening leadership vacuum in society.14

These factors led to a call for an even more radically different type of organization. In our 2018 report, we introduced the concept of the social enterprise:

A social enterprise is an organization whose mission combines revenue growth and profitmaking with the need to respect and support its environment and stakeholder network. This includes listening to, investing in, and actively managing the trends that are shaping today’s world. It is an organization that shoulders its responsibility to be a good citizen (both inside and outside the organization), serving as a role model for its peers and promoting a high degree of collaboration at every level of the organization.15

The social enterprise clarified and expanded on the “new social contract” that we posited in 2016, proposing a more human-centered rewiring of the relationships between the individual and organization and the organization and society, with a goal of providing stability in a world that was quickly changing. Becoming a social enterprise, we wrote, was about much more than corporate social responsibility. It was about shifting the ways organizations worked to balance the concerns of the organization with those of the broader ecosystem. This need prompted a new way of orchestrating teams of leaders. The concept of the “Symphonic C-suite” was our top-ranked trend for importance that year, reflecting organizations’ recognition that having an enterprise mindset was more than nice to have, but often essential to deal with the challenges that the social enterprise now faced: the integration of humans and technology, the combination of shareholder and stakeholder needs, and the ability to balance profit and purpose.

The 2018 report was part trends, part blueprint, and part call to action, challenging today’s business, nonprofit, and government enterprises to understand the shift represented by the social enterprise and helping to play an active role in making this new type of organization a priority. And the 2019 report continued the discussion with the point that the social enterprise is essentially human in both design and operation. In that report, we offered five human principles for the social enterprise as “benchmarks for reinvention”—an acknowledgment that there would be no one playbook for organizations who embarked on this transformation.16

Looking ahead, much in the same way that we started the decade in uncertainty, we appear to be headed back into a period of uncertainty. Some of the drivers, such as demographics, are systemic; some, such as the rise of nationalism and restrictions on free trade, are political; and some, such as the rate at which exponential technologies continue to change the business landscape, are technological. Whether this uncertainty is a hinderance or a push forward depends on how we approach some of the inherent conflicts that are emerging. The good news is that we will approach these challenges with a very different mindset than the one we had at the start of the decade—the mindset of the social enterprise.

The authors would like to thank Garth Andrus, Bill Briggs, Ira Kalish, and Andy Main for their contributions to this chapter. 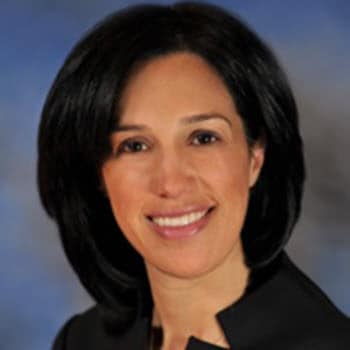 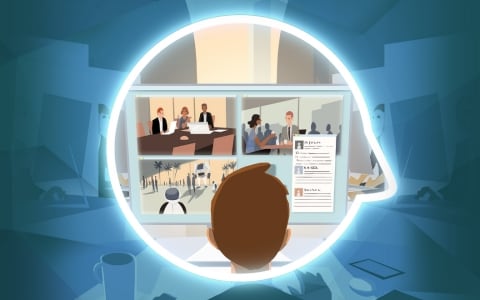 A memo to HR 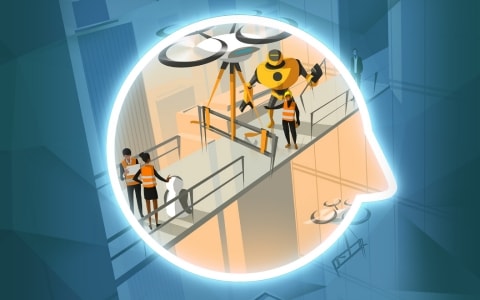 Ethics and the future of work 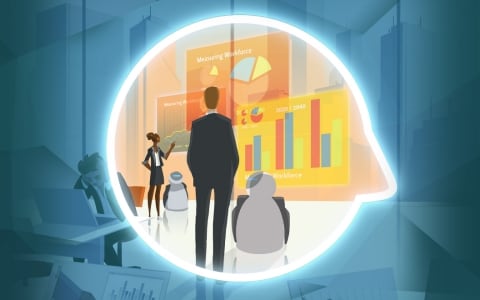 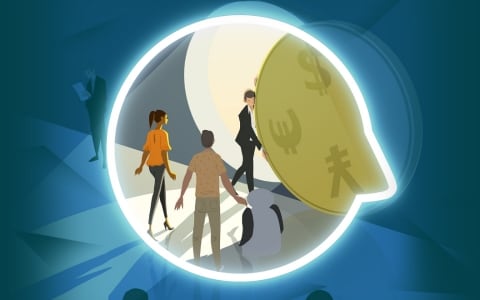 Prologue has been added to your bookmarks.

Prologue has been removed from your bookmarks.

An article titled Prologue already exists in the bookmark library