Durable goods have been a key driving force behind real consumer spending since the Great Recession. What is interesting though is within consumer durable goods there is a marked change in spending patterns over time, with consumers increasingly focusing on recreational products.

Real personal consumption expenditure (PCE) has always been a key driver of GDP growth in the United States. It’s a little worrying, then, that real PCE growth has slowed after the Great Recession. Between Q3 2009 and Q4 2015, real PCE grew at an average seasonally adjusted annual rate (SAAR) of 2.3 percent, down from 2.9 percent between Q4 2001 and Q1 2008 (the intervening period between the last two recessions).1 Surprisingly, strong growth in real PCE on goods—not services—has been pushing up total PCE growth since 2009 (figure 1). And within goods, it is consumer durable goods that are doing much of the heavy lifting. For example, between Q3 2009 and Q4 2015, growth in real PCE on durables averaged about 6.5 percent (SAAR) every quarter, up from 6.1 percent between Q4 2000 and Q1 2008. In contrast, growth in real PCE on nondurables slowed during this period.2 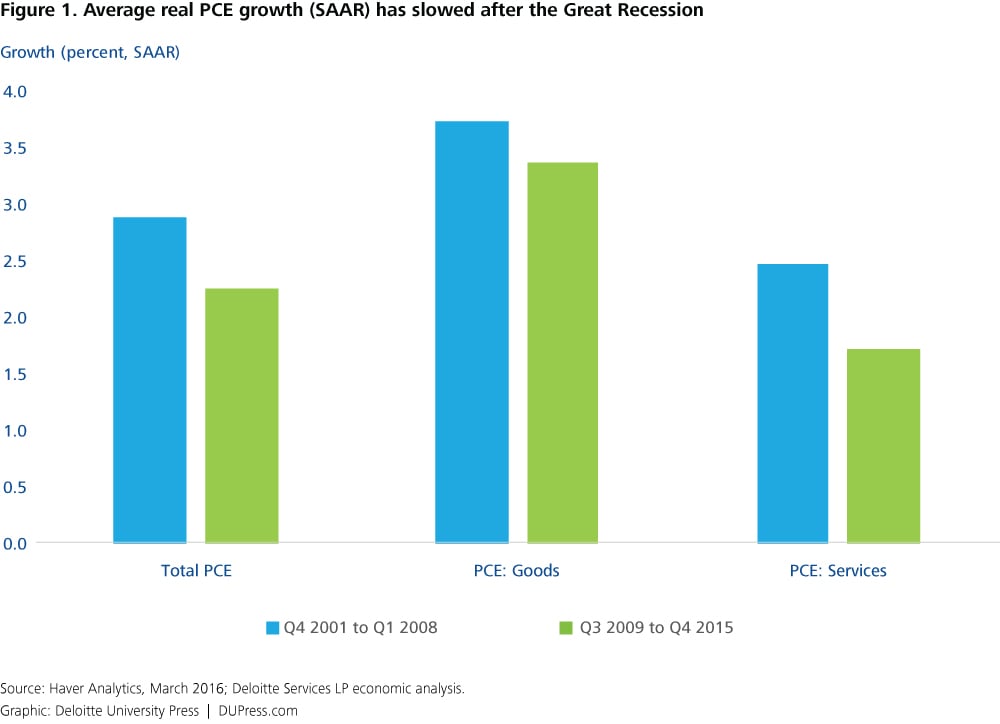 Recreational goods and vehicles: The rising star of PCE on durables 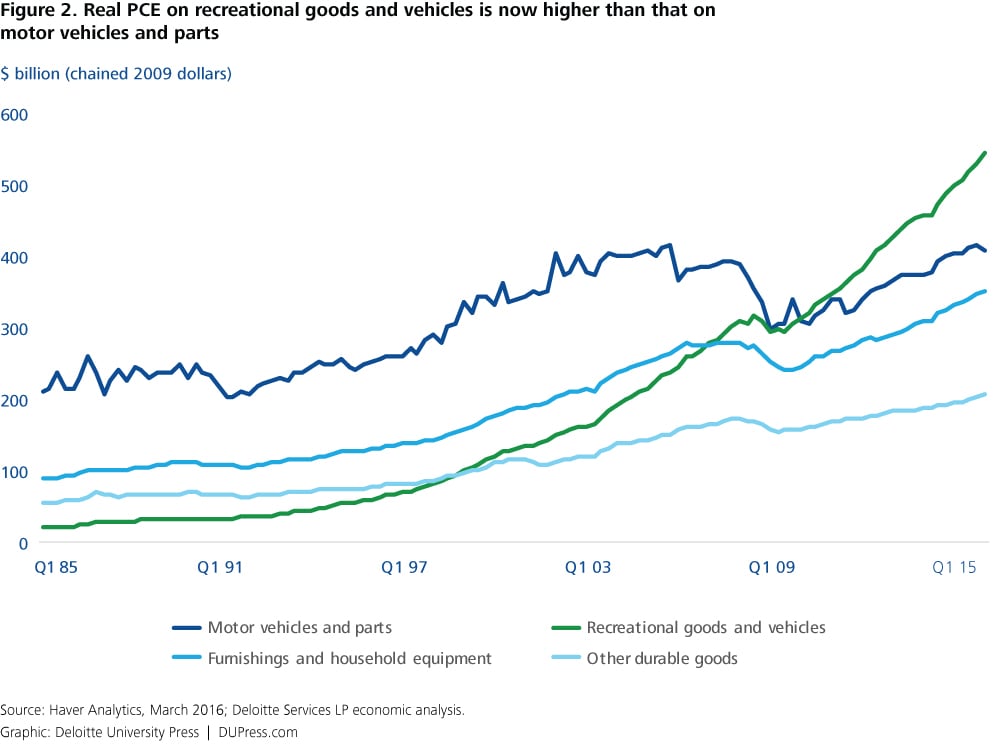 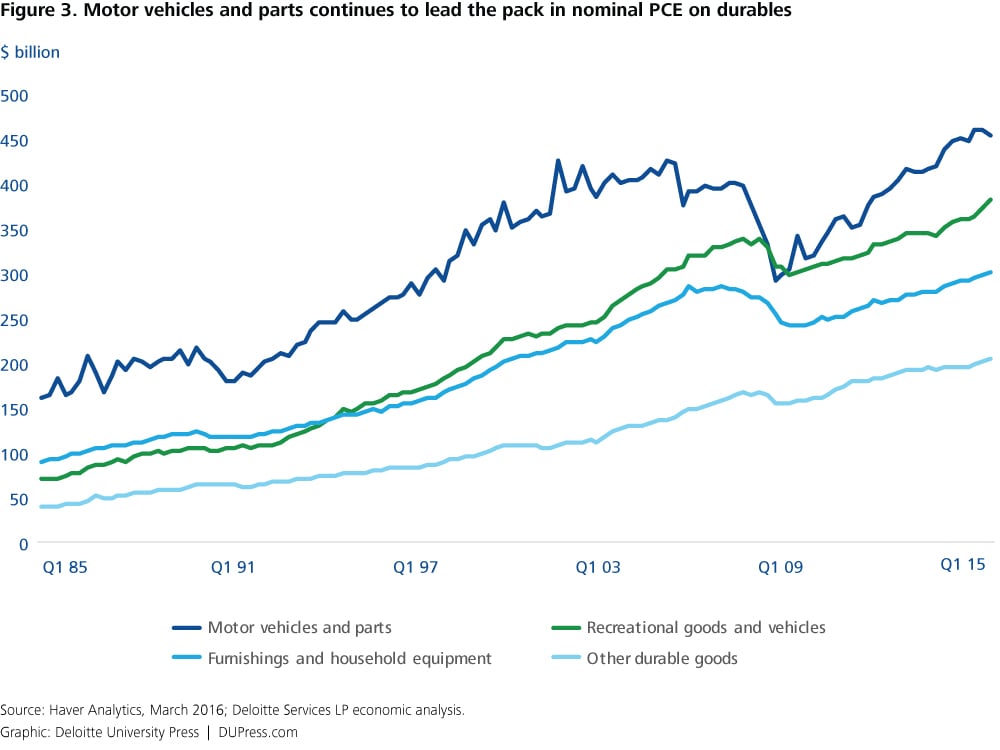 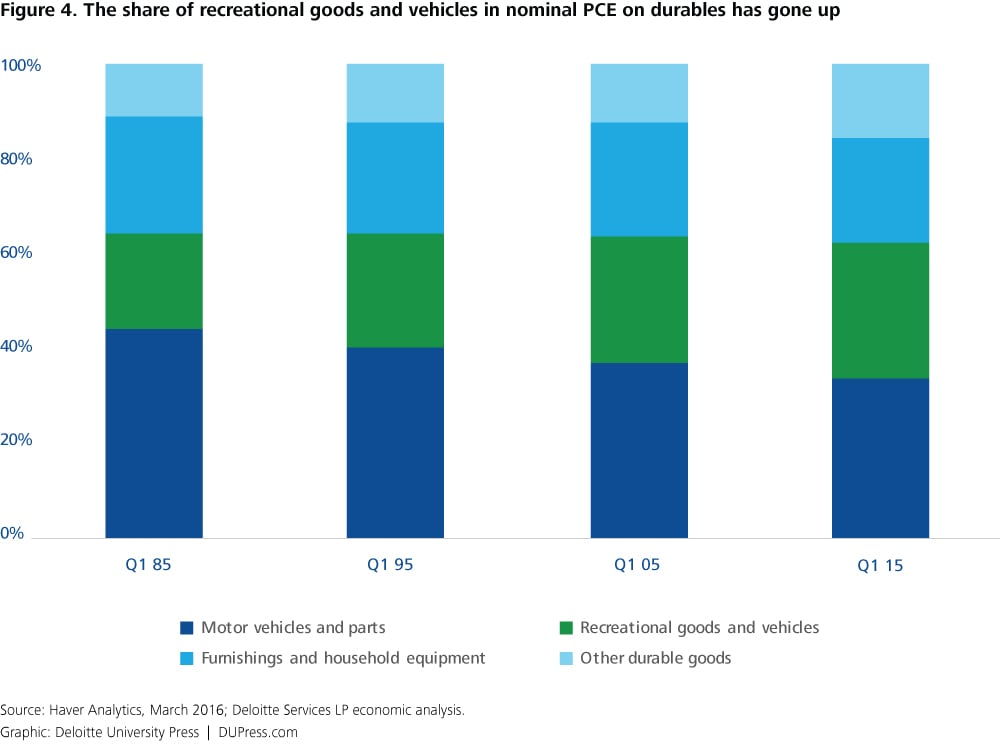 A closer look at subcategories 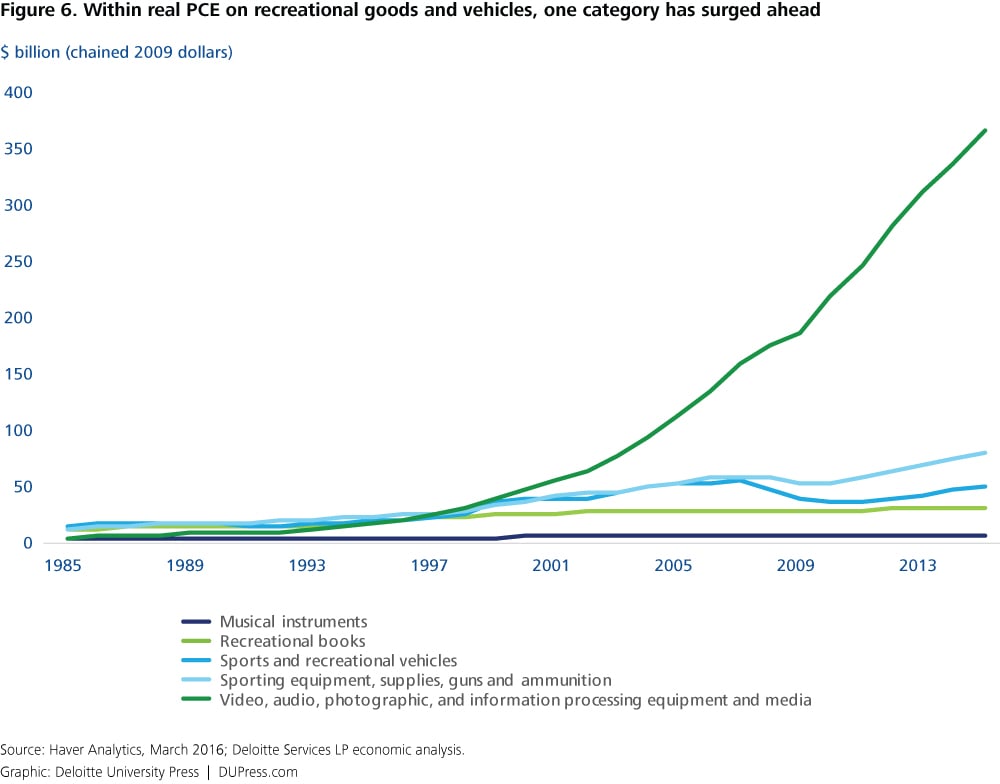 It is evident from this discussion that a marked change—if not a revolutionary one—is underway in consumer spending on durables. While consumers continue to spend on motor vehicles, the category is increasingly ceding ground to recreational products. Demand for these products has shot up over the years due to declining prices. Technological innovation has also helped. Many of these recreational products are now portable and have multiple uses, thereby increasing their lure among consumers. It will be interesting to observe spending trends over the next decade—although who knows, consumers might spring another surprise.

The author would like to acknowledge the contribution of Dr. Daniel Bachman, senior manager for US macroeconomics at Deloitte Services LP.

Shifting sands: Examining patterns of spending on consumer durable goods has been saved

Shifting sands: Examining patterns of spending on consumer durable goods has been removed