Implications of an L-shaped economic trajectory

The People’s Daily interview on May 9 with an “authoritative person” is the most important economic pronouncement from the top leadership so far this year. While this is not the first time the said “authoritative person” has shared his analysis of the Chinese economy with the public (in fact, it is the 3rd time since last year), it differs from previous pronouncements in that the tone is much more clear, more authoritative and because it contains the most detailed analysis of the state of economy and policy guidance so far. In a nutshell, the `authoritative person’ does not think the current growth rate is sustainable and has advocated expansionary fiscal policy and prudent monetary policy in conjunction with the implementation of “supply-side reforms”.

So far this year, the economy is doing better than most people have expected thanks to the strong recovery of the property market (1Q GDP came in at 6.7% yoy). But such a sterling performance has come at a huge cost – namely, a credit-fueled boom in the housing sector which is exhibiting the signs of a `bubble’. To paraphrase the `authoritative person’, “trees can’t be grown in the sky”. Over-capacity is a well-chronicled problem. But the solution to this problem which has become very acute in certain sectors (e.g., steel, coal, shipbuilding and some other industrial sectors) ultimately boils down to a slower economic growth rate. China does not have the luxury of exporting over-capacity as in the past mainly due to 1) the country’s size; 2) the free trade movement which has benefitted China immensely since its accession into the WTO is wearing off. In fact, the decision taken by the EU last week not to grant China market economy status should be a wake-up call for China. It is almost certain that China’s exports of steel are not sustainable. That is why spelling out what exactly an L-shaped economic trajectory looks like passes an important message in terms of managing expectations on the economic growth rate. The admission of an “L-shaped” economic trajectory is also an official assurance of not committing further “4trn RMB” stimulus packages as in November 2008.

The next question that arises is: what exactly does supportive fiscal policy and prudent monetary policy entail? We believe that “supportive” here actually means `expansionary’ - due to the need for providing financial relief packages to those who will be laid off in sectors which are plagued by over-capacity. “Prudent” suggests that PBOC’s monetary policy stances might become less dovish particularly given that the Fed may eventually resort to its long-delayed tightening. However, China still has a certain policy leeway that other economies don’t have – exchange rate adjustment and ample room for reform.

As far as the exchange rate is concerned, the PBOC seems to take the view that the RMB’s internationalization will have to wait in order to preserve the stability of the exchange rate. But we believe that a two-way movement is necessary in order to maintain compatibility with broader trends in the FX market.

Where “supply-side reform” is concerned, President Xi Jinping’s speech to provincial governors early this year, clearly shows that such reform in China will be fundamentally different from the conventional supply-side reform in the West. This is because China still has much unmet demand in many areas (e.g., high-end consumer products). This definition of “supply-side reform” has had the effect of dampening expectations of large tax cuts. 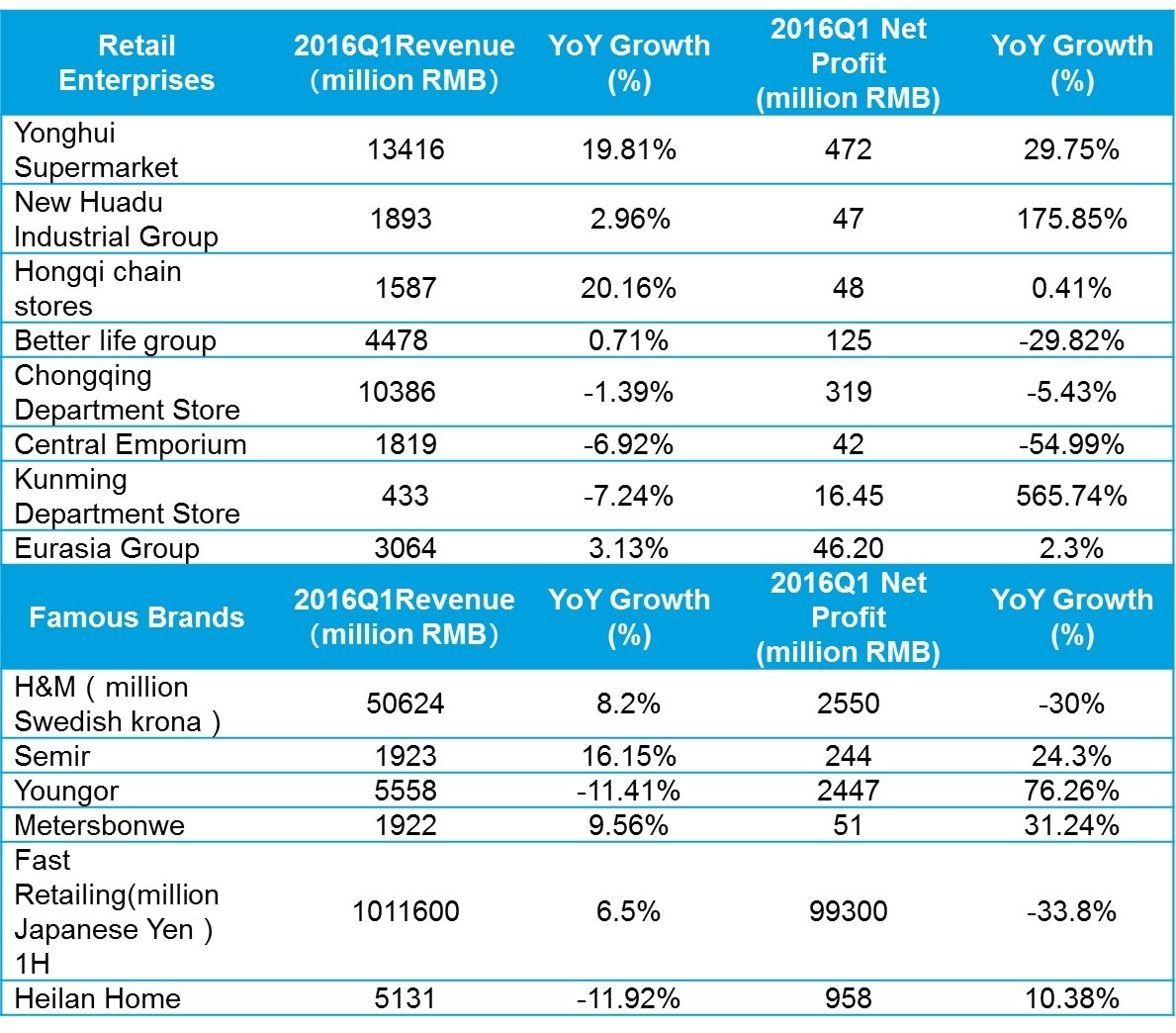 Notes: M&A part is summarized from reports of mergerrmarket

Internet giants gain a foothold in the game of football 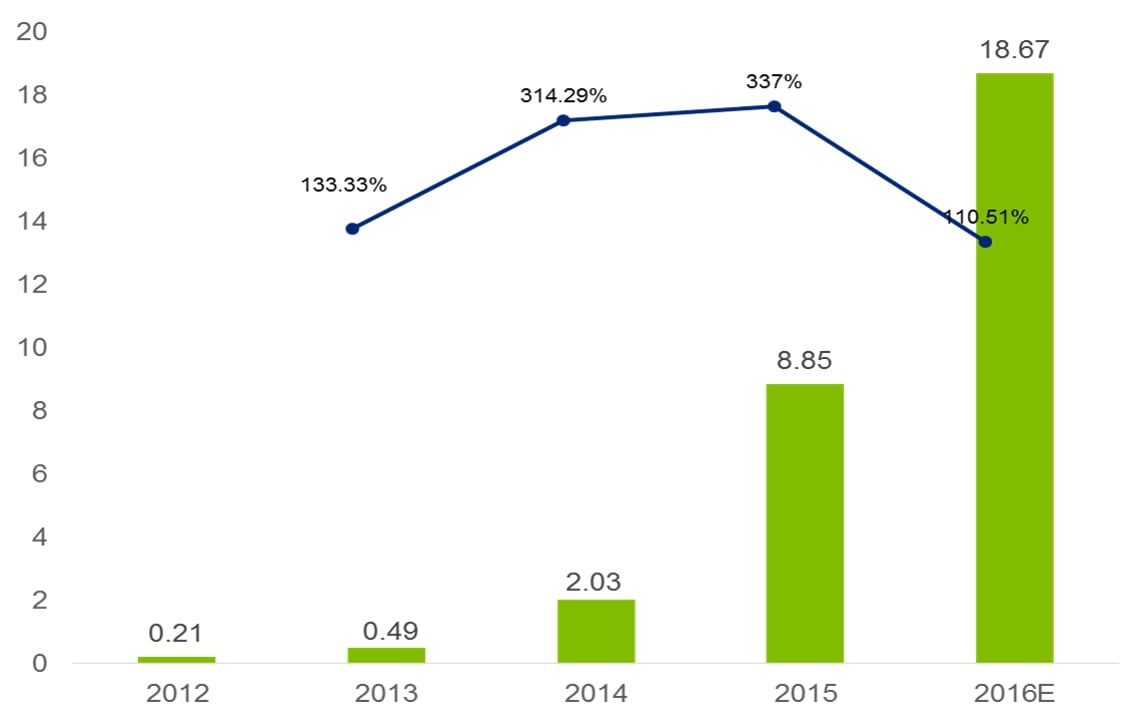 The football industry in China is developing at a breakneck pace. The commercial value of the Chinese Super League (CSL) is expected to top RMB 3.4 billion in 2016 - a growth of 40% from a year ago. The primary reason that many corporations are now pouring cash into the football industry is access. These Internet giants desperately want to gain access to the most precious `property’ in China – Football Intellectual Property (IP). This is why Internet giants such as Alibaba and LeTV have made significant inroads in the football industry of late by either bidding for match broadcast rights or taking a stake in football clubs. These investments not only inject huge amounts of cash into the football industry but also bring immense business opportunities to the corporations themselves. This is because the growing popularity of football brings these corporations: a.) a huge amount of potential users, and b.) tremendous opportunities in brand building and business ecosystem development.

Professional sporting events are at the very heart of the football industry. By bidding for TV broadcast right, corporations can both attract and retain users. Since internet users are a particularly fickle crowd, increasing `user stickiness’ rates is seen as crucial for Internet giants. Since football games have proved to increase user "stickiness rates", internet giants have been investing heavily in the game to get users to continuously consume on their platforms. For instance, LeTV spent $400 million for the exclusive broadcast rights of the 2016-2019 seasons of English Premier League in Hong Kong. LeTV subsequently launched various bundles. By giving away television sets for free, LeTV attempted to attract users to buy the bundle packages, which is a typical Internet business model: making profits through service fees, not through hardware.

In addition, acquisition of stakes in football clubs is believed to have a tremendous impact on branding. For example, by acquiring 50% shares of Evergrande, Alibaba not only increased its corporate influence but also greatly enhanced its brand value. As the best football club in China loved by millions, Evergrande is a guaranteed brand ambassador. Alibaba gained brand value through renaming the club `Evergrande Taobao’ and establishing a trustworthy corporate identity. It is worth noting that Evergrande won the AFC Champion twice in three years, which had a huge impact across Asia. This helped Alibaba to cross-promote their Taobao business in other Asian countries also.

Building a company’s ecosystem is yet another benefit that football brings. For example, Internet video giant PPTV spent 250 million euros in acquiring La Liga's all media copyright for 5 years. Through this acquisition PPTV aims to build an "hardware + content + service + e-commerce" business landscape, which is believed to help PPTV's parent company Suning in selling hardware and real estate. Furthermore, Suning did not just pay for the broadcast rights but also for business development rights. Through developing La Liga's business events and selling peripheral products, Suning actually secured the right to develop La Liga's commercial value. La Liga League, on the other hand, is also willing to cooperate with PPTV because the league wants to penetrate the Chinese market and connect with Chinese fans.

Industry on the way to recovery; new model of hospital operation set to emerge