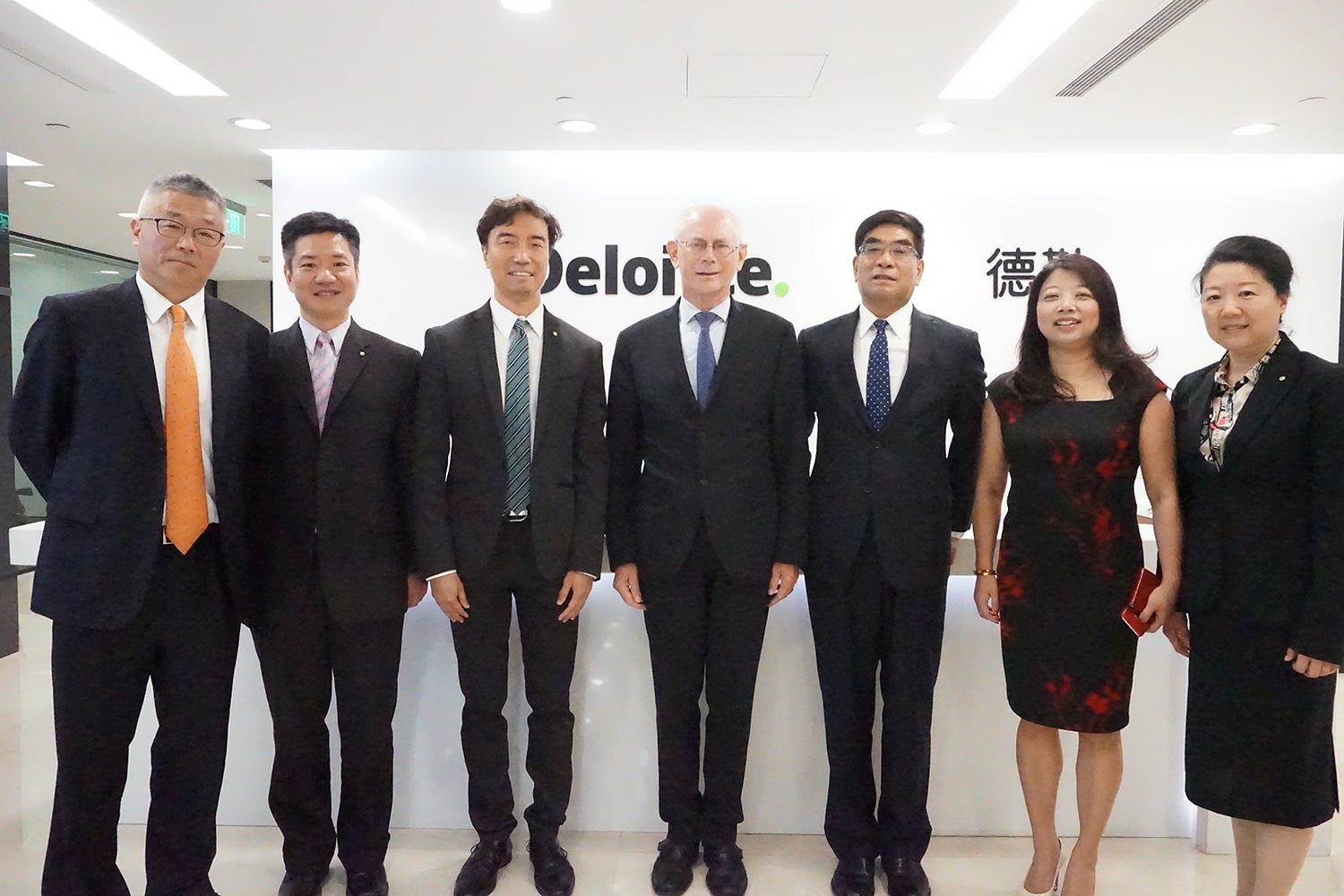 On the 16th of July, the Deloitte China CXO Program hosted a dialogue with Herman Van Rompuy, president emeritus of the European Council, and Chengyu Fu, former chairman of Sinopec. The talk was moderated by Sitao Xu, chief economist of Deloitte China, and centered on the European perspective on the evolving Sino-U.S. trade spat, as well as prospects for China's overseas investment propelled by the Belt and Road Initiative. 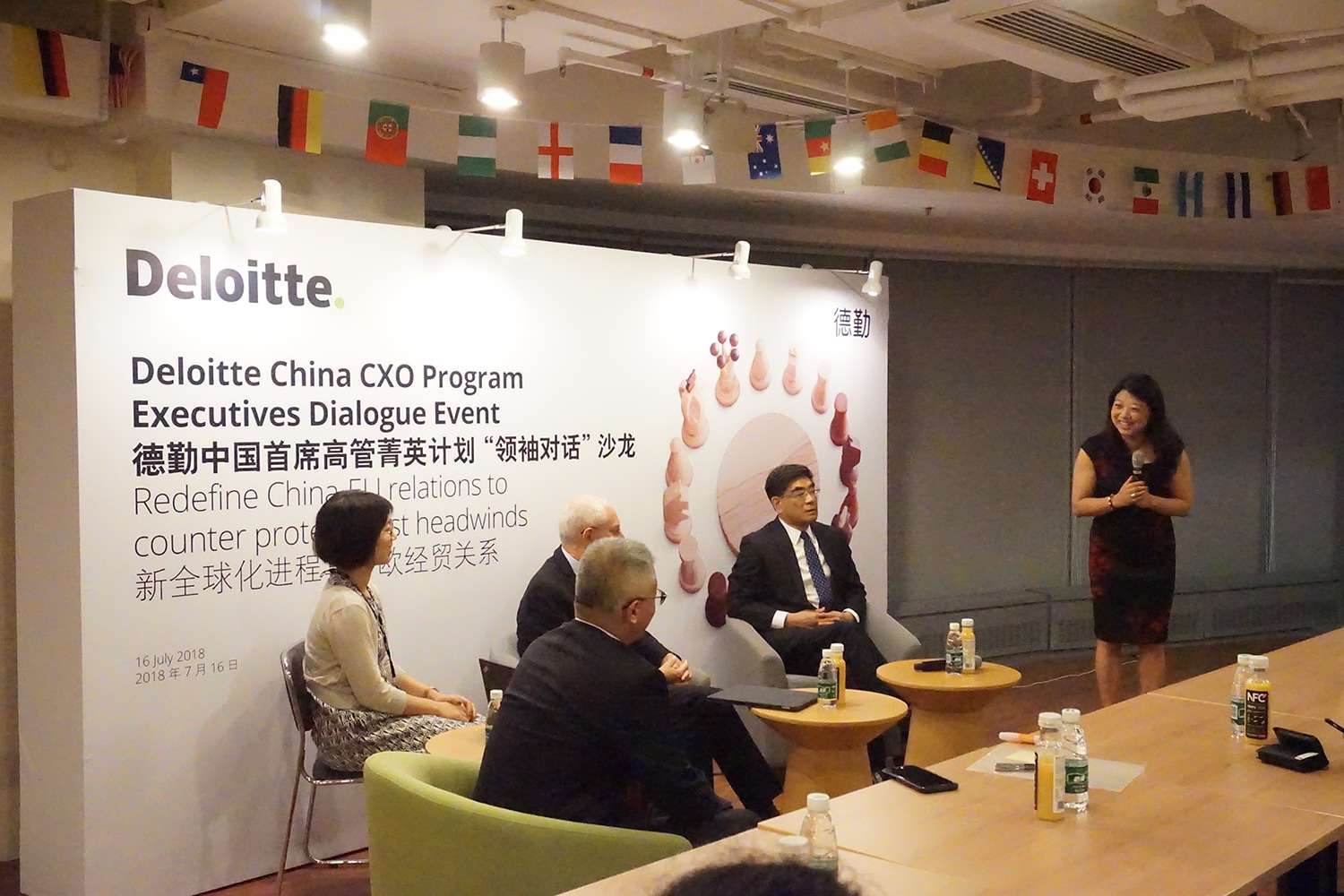 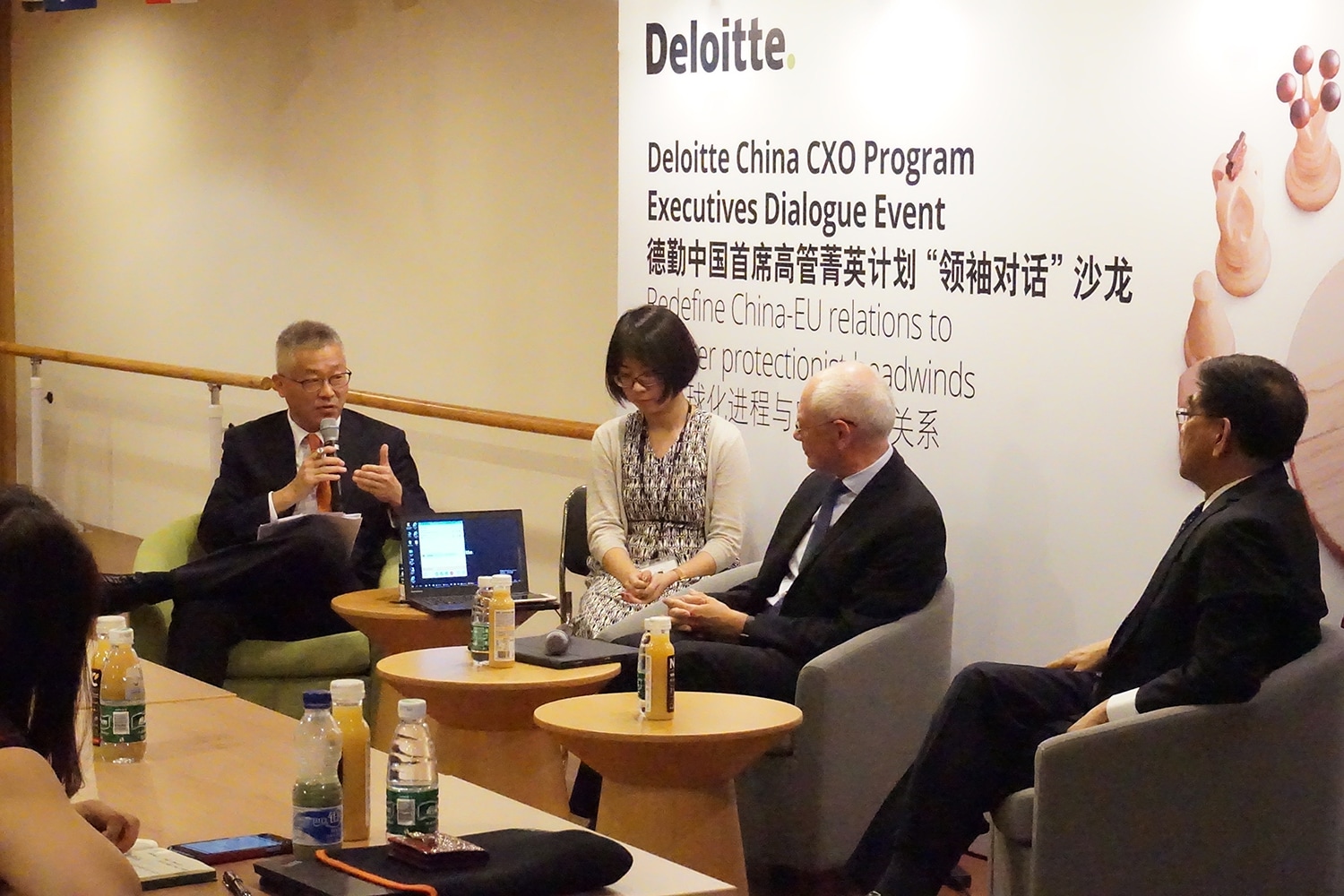 During lively exchanges, Chengyu Fu stressed social understanding of the BRI in light of a "community of common destiny". Turning to escalating Sino-U.S. trade tensions, he pointed out that President Trump's policy actions are closely related to U.S. domestic politics and structural headwinds facing globalization, so ought to be taken seriously.

Herman Van Rompuy argued that despite protectionist headwinds, globalization has not ended. The Sino-U.S. trade spat not only concerns the two parties directly involved, but has also affected the global supply chain. The 20th EU-China Summit, which took the same day, marked a turning point, he suggested. The main messages from the Summit were acknowledgement of issues including market access and reciprocity in China's trade and investment policies, and the need to forge synergies between BRI and EU policies. 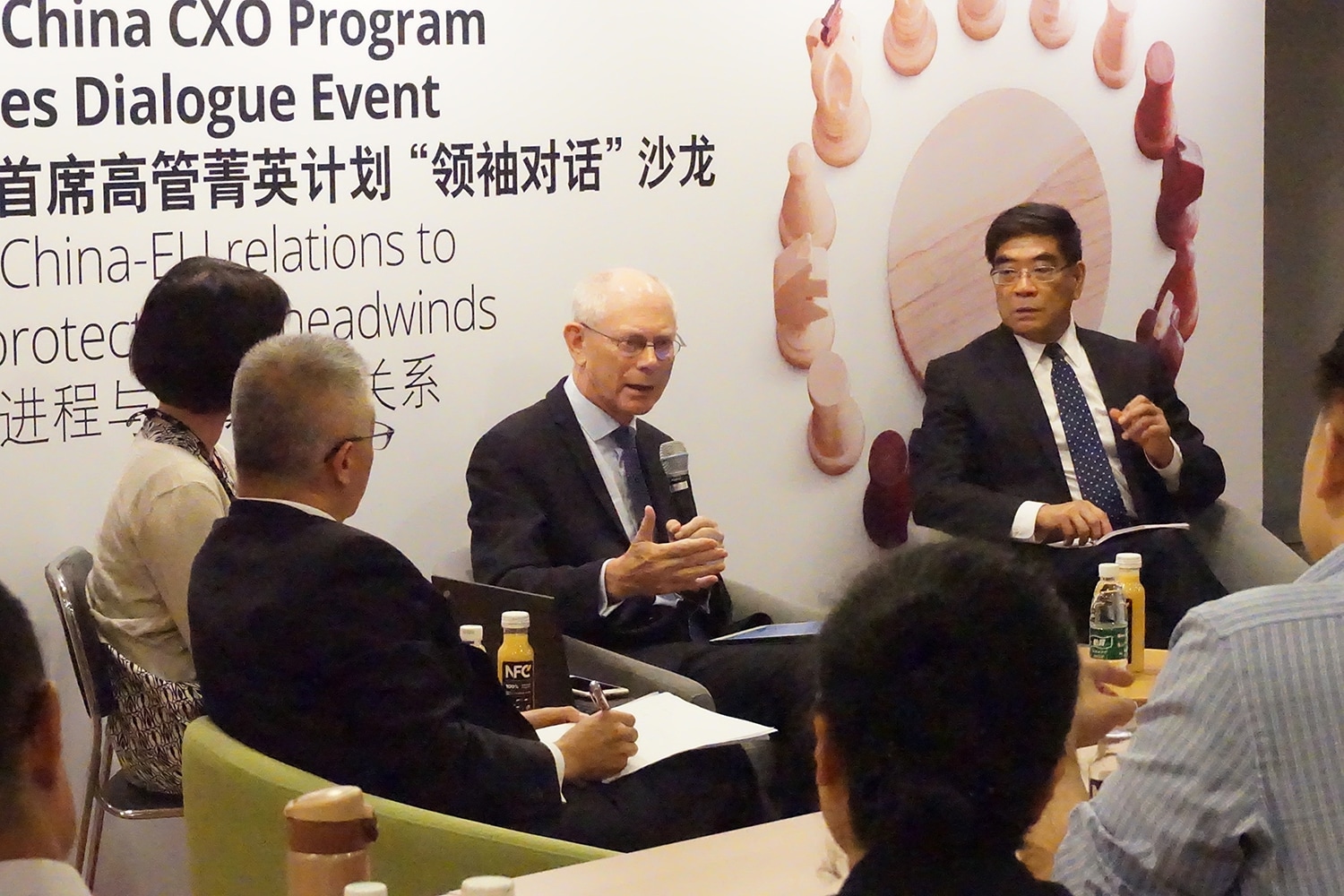 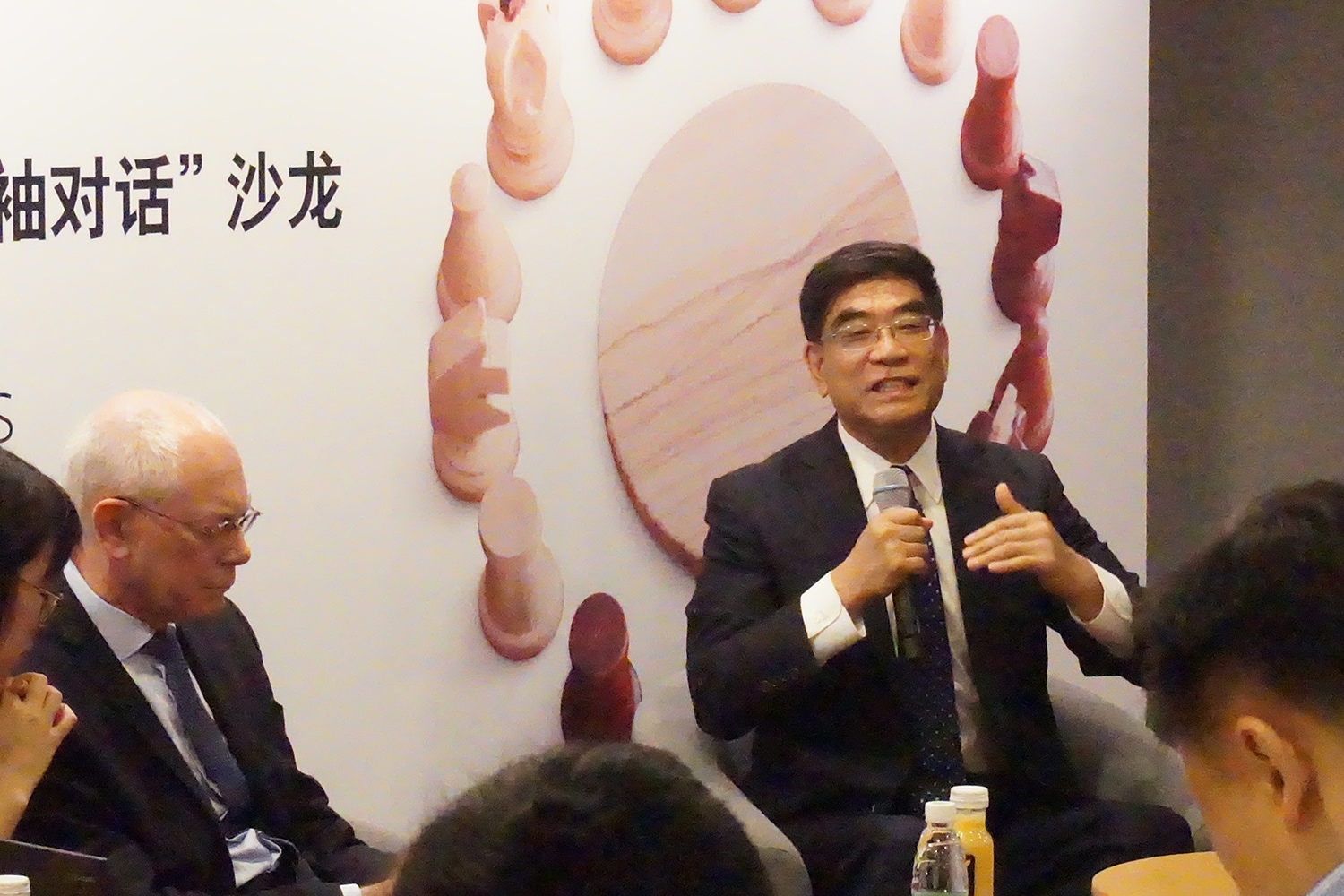 Despite divergences on the direction of globalization, both speakers felt strongly that the EU and China have a shared responsibility to overcome global tensions and confrontations. A packed house was there to hear their wise, trenchant remarks on these most pressing of global issues. 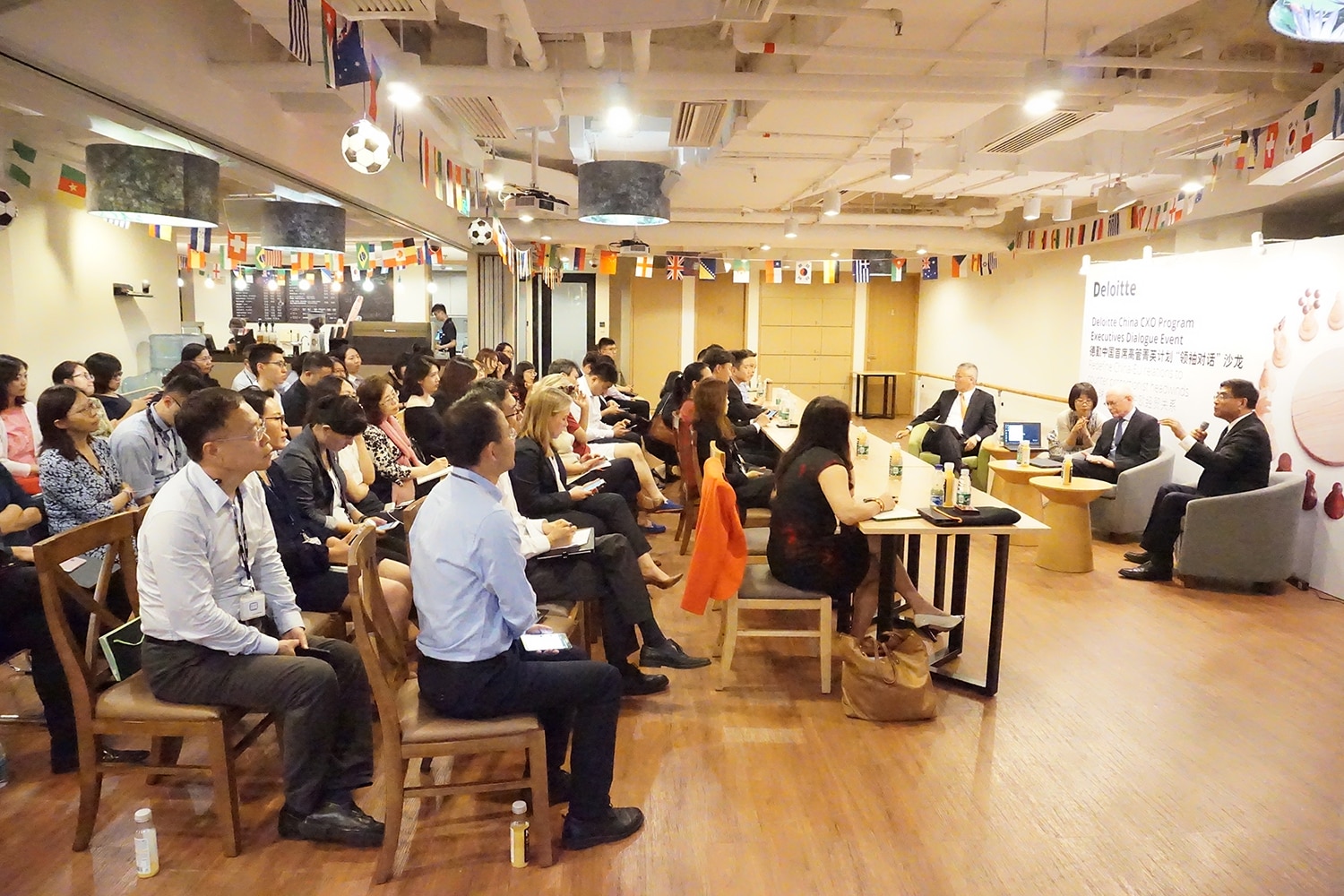