Adopting the new revenue standard has been saved

Adopting the new revenue standard has been removed

(a.k.a. the death of comparability)

As they work through the adoption of the new revenue standard, more and more companies are seriously considering—or begrudgingly moving toward—a “modified retrospective” adoption decision.

As they work through the adoption of the new revenue standard, more and more companies are seriously considering—or begrudgingly moving toward—a “modified retrospective” adoption decision.

Before the standard was issued, the adoption methodology was a hotly debated topic. Many agreed that full retrospective (restating prior years’ results) was the best way to adopt the standard, given the importance of revenue to the overall financial statement results. But others were concerned that being forced to use full retrospective would result in significant challenges that could result in exorbitant costs (outweighing any perceived or actual shareholder value). Or it could require historical data that may not be reliable or—worst case—not even exist (because such data wasn’t needed for the current revenue standard).

These concerns are valid. And to be fair, the standard setters did listen, and they made an accommodation to allow a “potentially” less burdensome adoption methodology called “modified retrospective” to be used. (For the record, this accommodation was not given for the leasing standard. Generally speaking, it’s a full retrospective with some minor exceptions.)

Modified retrospective adoption overview
Let’s assume you’re a public company with a calendar year-end and you elect the modified retrospective adoption as of January 1, 2018. Your 2018 quarterly and year-end results will be reported under the new revenue standard while your 2017 and 2016 results would remain presented using the old revenue standard requirements. In addition, during 2018, you will be required to disclose how your 2018 results would have looked had you NOT adopted the new revenue standard. Basically, you get to report under both standards during 2018, which could pose a variety of challenges by itself. But we’ll save that for a later blog entry.

So in summary, the only way to compare 2018 results to prior years would be to look into the footnotes for the “old” way of doing revenue. But this will be pointless, as future results after 2018 will only be reported under the new standard. And isn’t guessing the future the real key to investing? What will companies do when 2018 results and forecasts, trends, models, etc., have no historical comparable data?

Pro-forma revenue information to the rescue
Not all companies adopting modified retrospective will need pro-forma information. (I’d say “non-GAAP,” but that tends to put people on edge.) Many organizations might be able to say the policy differences had no material impact on the financial statements. But if you’re one of those companies, you probably aren’t reading this to begin with. If your company has more than immaterial impacts, preparing pro-forma historical financial information is likely the only way to have meaningful discussions with your investors during the transition year. The challenge for investors will likely be the reliability of the information—which, of course, is not ideal. But it’s better than nothing.

Feel free to continue the conversation by sending me questions directly on LinkedIn.

*Note: The views expressed in this blog are those of the blogger and not official statements by Deloitte Touche Tohmatsu Limited or any of its member firms, including Deloitte & Touche LLP. 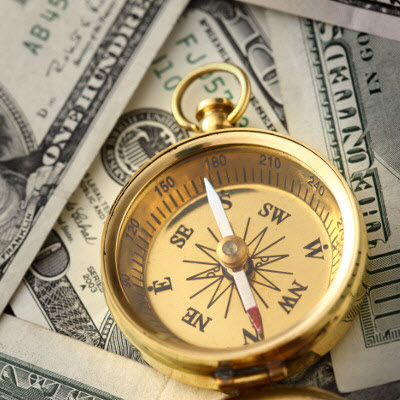 Bryan is an Audit & Assurance partner with Deloitte & Touche LLP, based in the Austin office focused on Accounting and Reporting Advisory services. He specializes in assisting clients evaluate, improv... More

Charting your course to success