As Intellectual Supporting Partner, Deloitte China collaborated with Boao Forum for Asia to compile the inaugural Pre-Conference Reflections report for the 2016 Annual Conference. It reflects on some of the critical factors impacting Asia's new future. Economists share their reflections on the outlook for major economies around the round, as well as major economic influencers such as China's energy reform, and often untapped and ungoverned influencers for enterprises within their business ecosystem. 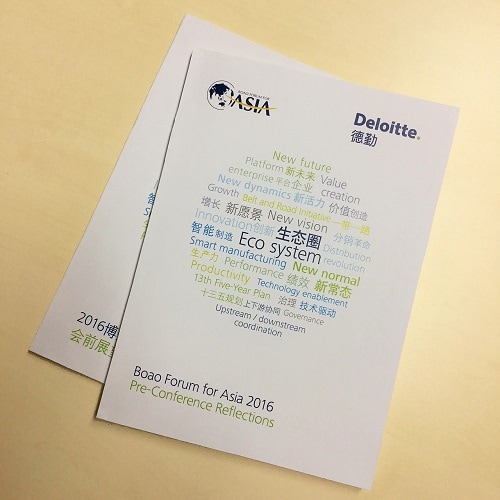