The 13th Five-Year Plan, which came into effect this year, is highly anticipated as it is not only the first five-year plan under President Xi Jinping and Premier Li Keqiang’s leadership, but also the last before the year 2020.

2020 marks a milestone for the “Two Centenary Goals” proposed by President Xi Jinping, and various development and reform goals are hoped to be achieved by that time.

The “Two Sessions” that recently concluded discussed and approved the outline of China‘s 13th Five-Year Plan, which clearly set forth the major development goal of “maintaining a medium-high growth rate for the economy”. From 2010 to 2020, the GDP and the per capita income of urban and rural residents are expected to double. Apart from this “fixed” goal, the plan has also emphasized other important development goals including the improvement of citizens‘ quality of life, further guarantees for people‘s livelihood, a better ecological environment, and construction of a gradually maturing system. These development goals suggest that quality of economic development will be valued more than scale and speed.

What role if not the “world’s factory”?

Despite slowed economic growth during the 13th Five-Year Plan, China still remains one of the most important global consumer markets. Rising production costs stemming from structural imbalance in the labor market and reduced weakening advantages of labor cost, have undermined China’s position as the “world‘s factory”. In future, industrial upgrade through innovation will enhance China’s position in the global value chain. Since China’s accession into the World Trade Organization (WTO), the degree of “economic integration” among China, Japan, South Korea, and ASEAN countries has increased, with enhanced complementation and correlation between industries, within industries, and between product manufacturing and delivery. China‘s growing importance in the value chain will inevitably influence its economic and trade structures with these major economies. 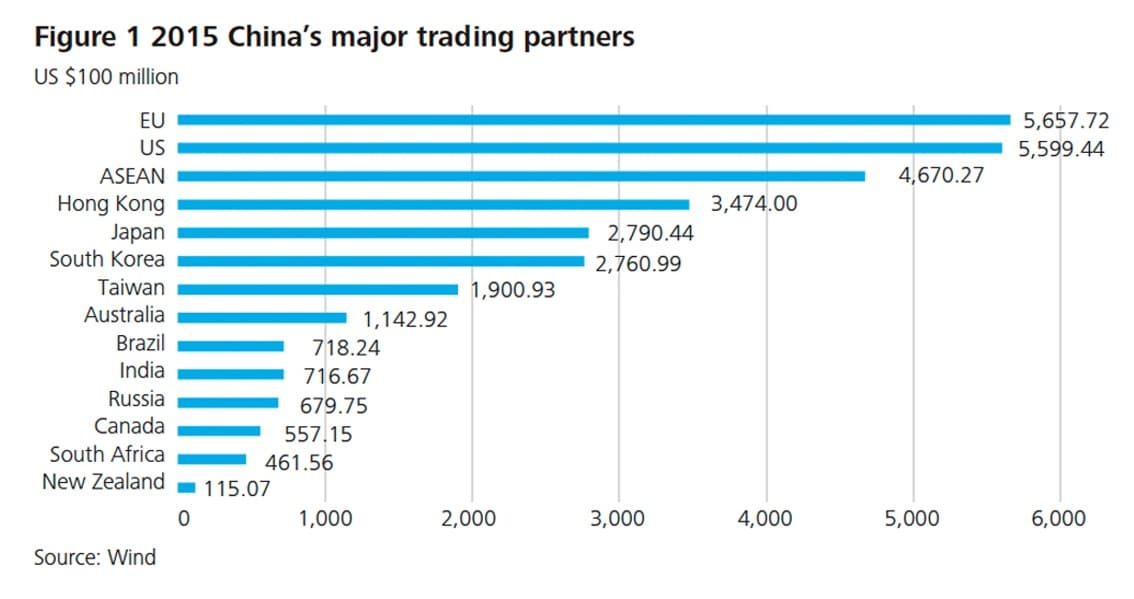 The 13th Five-Year Plan emphasizes that “China will actively participate in the governance of the global economy” to advance multilateral trade negotiations and to speed up implementation of the free trade zone strategy. This year, various countries are reviewing the US initiated TPP, which is expected to come into effect in 2017. 12 countries have signed the agreement, with Korea and Taiwan having announced interest. Meanwhile, the US presidential election has added uncertainty into the TPP’s position toward China. In order to promote and to achieve the goals of the 13th Five-Year Plan, the PRC government should evaluate the trade diversion effects caused by the TPP on China and the positive effects for those who are included in the TPP (Vietnam’s textiles and Malaysia’s electronic products are expected to replace similar products made in China). China should develop strategies that cope with these projections. 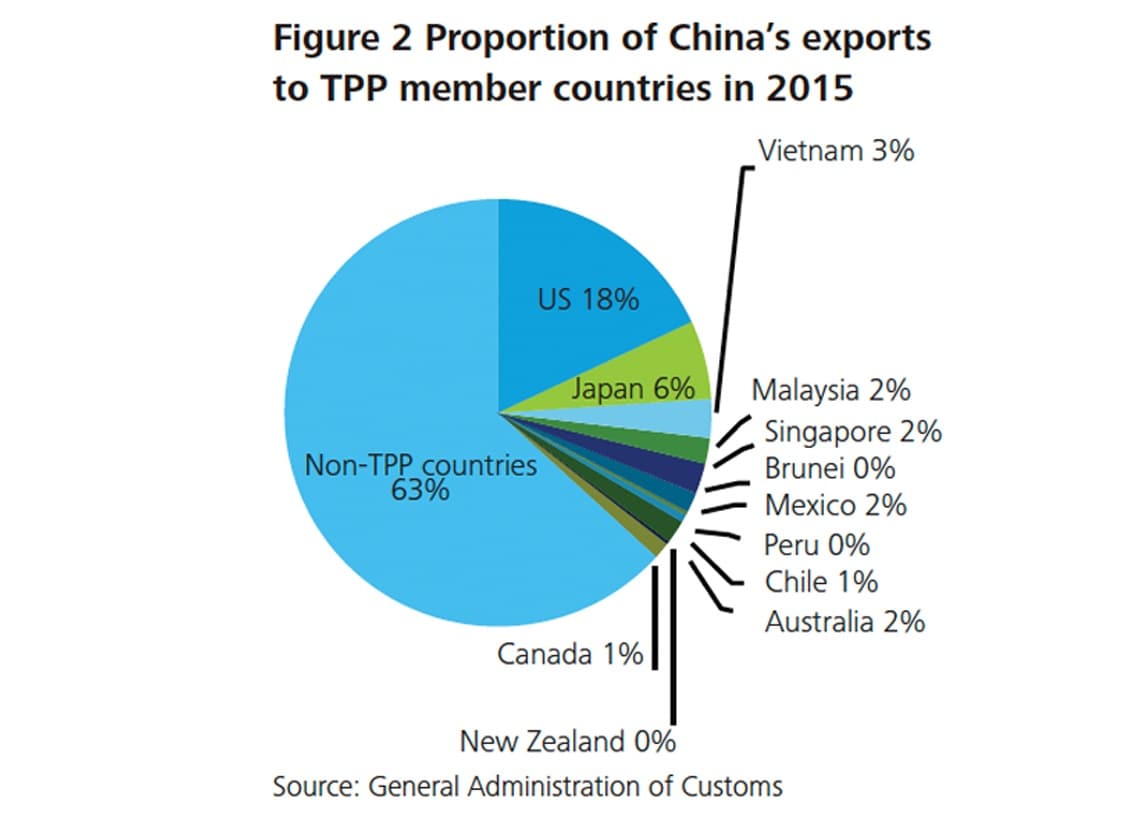 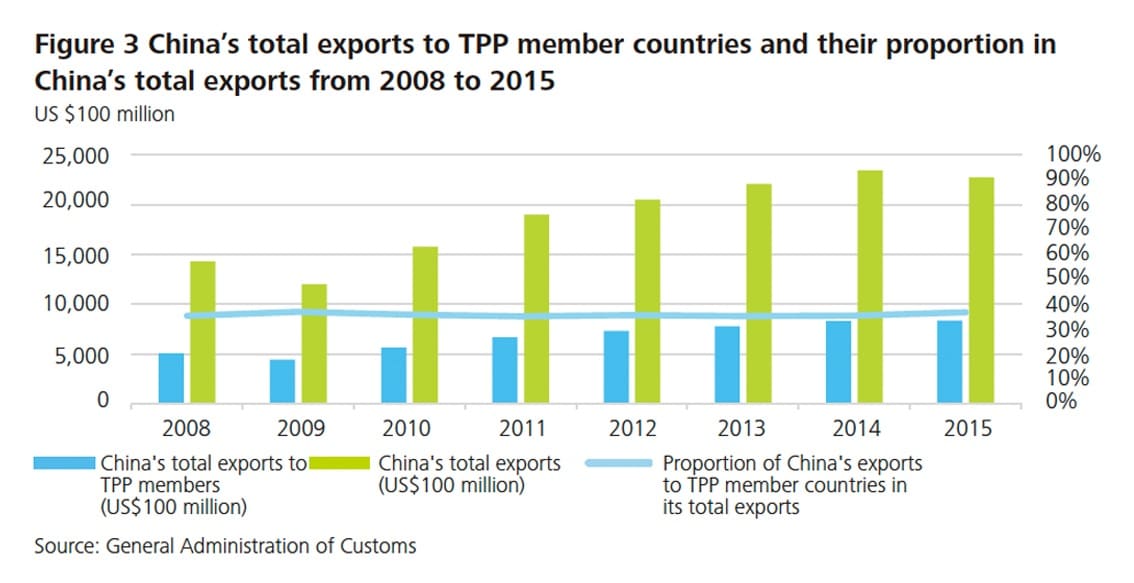 Despite the political tensions caused by the Diaoyu Island issue, China and Japan still remain close economic and trade partners due to their mutually complementary economic and trade structures as well as China’s rising demand for consumption. China, who has long been an important manufacturing base and market for Japan’s automobile, capital goods, electronic products, has also become the most important source of tourism in Japan in recent years. According to Japan National Tourism Organization, a quarter of overseas tourists who visited Japan in 2015 were Chinese. Indeed, economic and trade dependency between China and Japan has reversed.

The investment structure between China and Japan has also changed. In previous years, China’s direct investment in Japan was relatively insignificant, but Japan’s direct investment in China has grown rapidly. However, with China’s rising production costs and promotion in the global value chain, Japan has begun to turn to India, Indonesia, and other Asian countries as designations of direct investment. According to a survey of Japanese manufacturing enterprises in the Asia-Pacific region conducted at the end of 2014, Japanese enterprises showed far more interest in choosing ASEAN countries over China as sites for overseas investment in 2015 and 2016. By contrast, from 2008 to 2011, Japanese manufacturing enterprises had strong interest in China.

With China’s industrial upgrades, its competition with Japan will become increasingly fierce, as evidenced by their bidding wars for high-speed rail projects in Asia. However, the 13th Five-Year Plan proposed to further develop new industries and new formats as well as to the weight of service industry in the economy, which is a good opportunity for Japan’s service industry to expand its market in China. 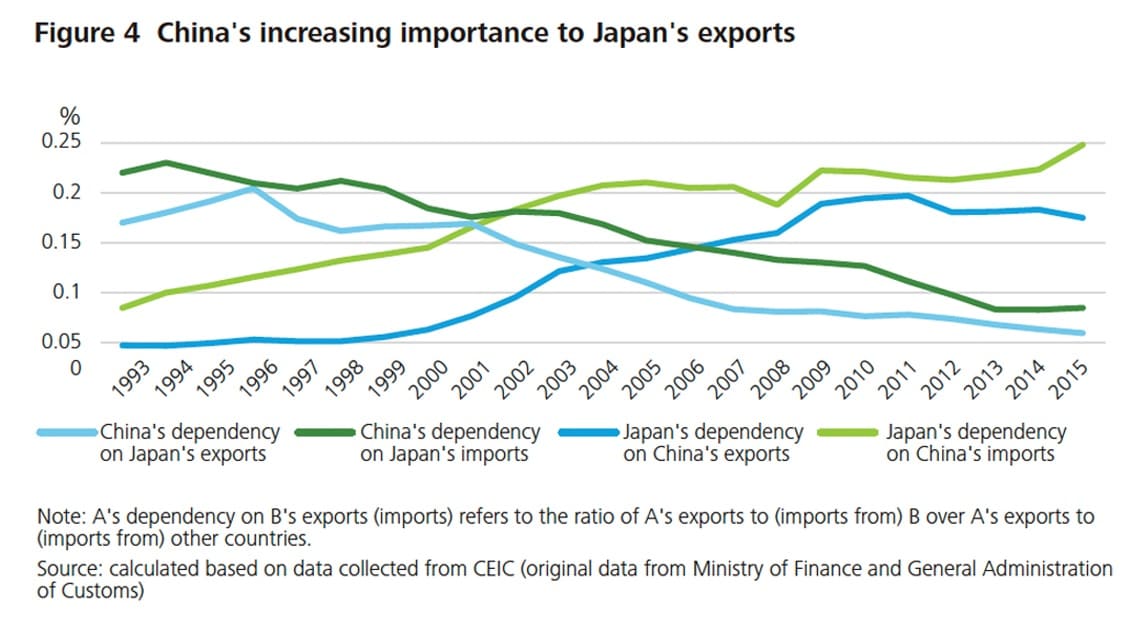 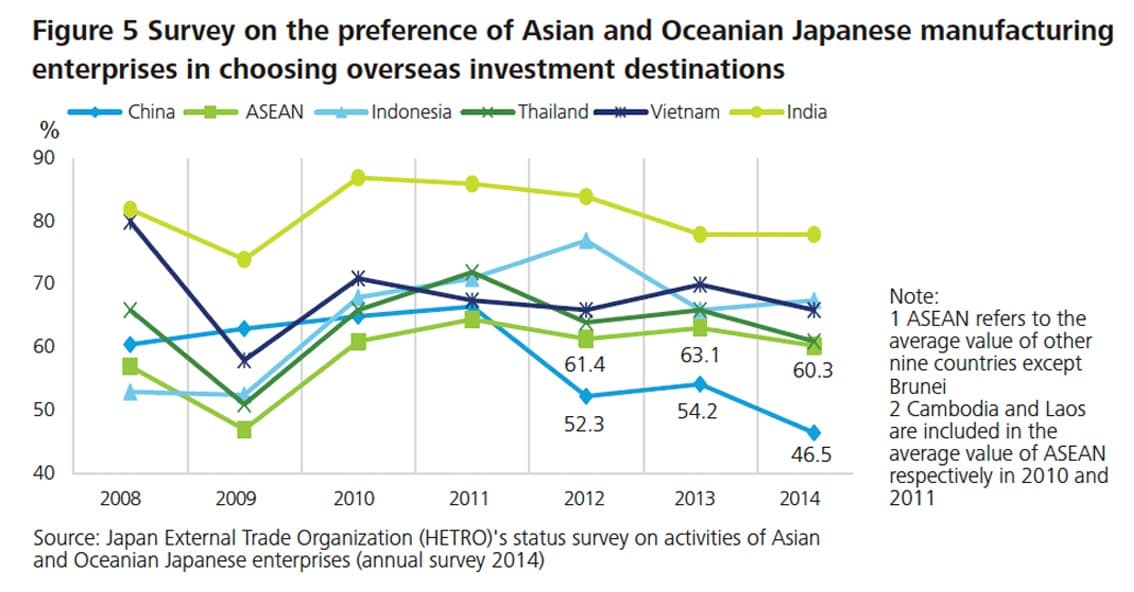 China and South Korea: Economic interdependence between the two countries will be deepened

The two countries are close trade partners and are highly interdependent. China is South Korea’s largest trading partner. South Korea sees China as one of its largest consumer markets and major investment destinations. As shown in Figure 6, South Korea’s GDP growth is increasingly dependent on its investment in China. Therefore, China’s economic slowdown and manufacturing downturn have had a direct impact on South Korea’s economic growth. Meanwhile, South Korea is challenged by the same problems encountered by Japanese enterprises investing in China, such as increasing costs and competition with local enterprises.

In June 2015, China and South Korea officially signed the bilateral Free Trade Agreement. The agreement is considered to be the free trade agreement covering the widest range of categories and involving the highest trade value by country among the agreements that China has signed. South Korea and Japan are very similar in terms of industrial and trade structures, thus China has developed closer economic and trade relations with South Korea to balance its political and economic relations with Japan. In addition, China has implemented free trade agreements with South Korea as one of its strong responses to the TPP. 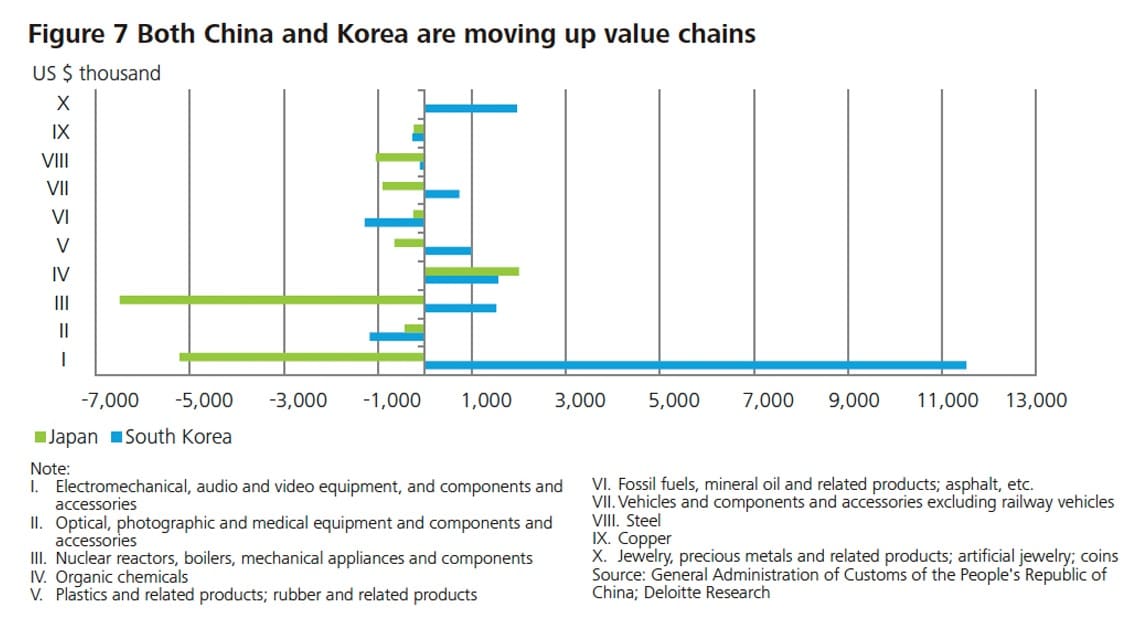 At the BFA Annual Conference 2015, President Xi Jinping set specific goals for China-ASEAN economic and trade cooperation, including possible completion of negotiations on upgrading the China-ASEAN Free Trade Area, negotiations on the Regional Comprehensive Economic Partnership, and concentrating on the establishment of an East Asia Economic Community comprising China, ASEAN, Japan, and South Korea in 2020, when trade between China and ASEAN is expected to reach US$1 trillion.

The 13th Five-Year Plan’s development principle of “opening up” suggests that China should actively participate in global governance, contribute to free trade area negotiations, and drive the interconnectivity of infrastructure and the construction of a large international channel. The principle also suggests that the Belt and Road Initiative will expand the reach of the opening-up policy from coastal areas to inland, covering land and sea. All of these effects will help to drive infrastructure demand for ASEAN members and in turn boost their economic development.

With increased mutual investment between China and ASEAN region, both parties have rapidly growing demand for RMB clearing. ASEAN countries will reap the benefit of China’s financial reform during the implementation of its 13th Five-Year Plan. So far, the Industrial and Commercial Bank of China has established RMB clearing banks in Singapore, Cambodia, Laos, and Thailand.

It cannot be ignored that China’s economic reform during its 13th Five-Year Plan will also bring uncertainties to Asia’s major economies. Apart from the adverse impact of economic slowdown on energy and resource exporters in Asia, uncertainties also include risks for financial markets of Asian economies due to increased integration with China. Major Asian economies have been affected by the volatility of China’s stock market and sudden adjustment of RMB exchange rate since last summer. In the next five years, while identifying and seizing the opportunities generated by China’s economic development, other Asian countries should also find ways to mitigate bottleneck in their economic development. 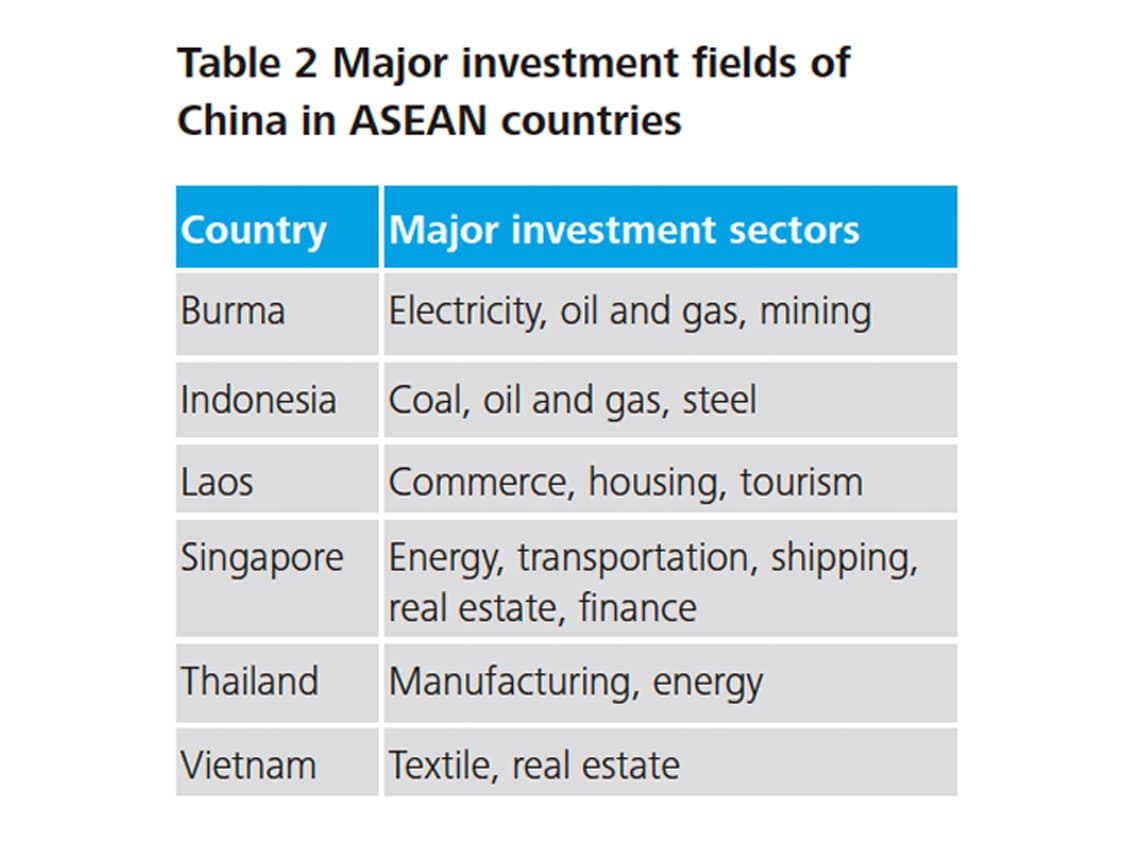 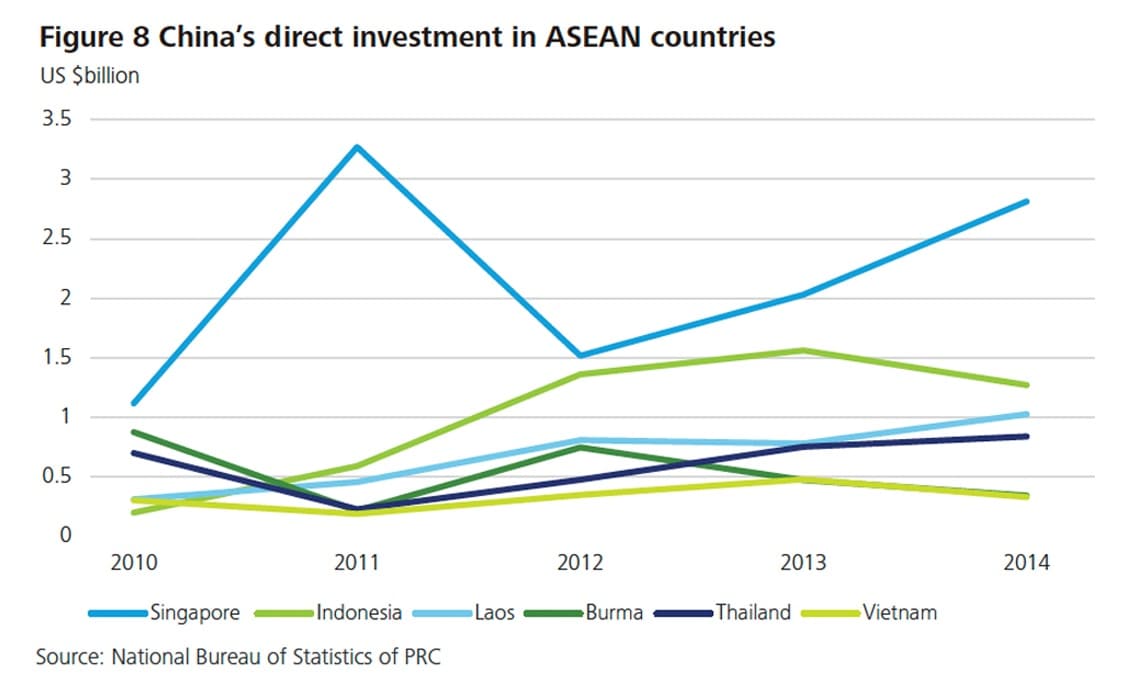 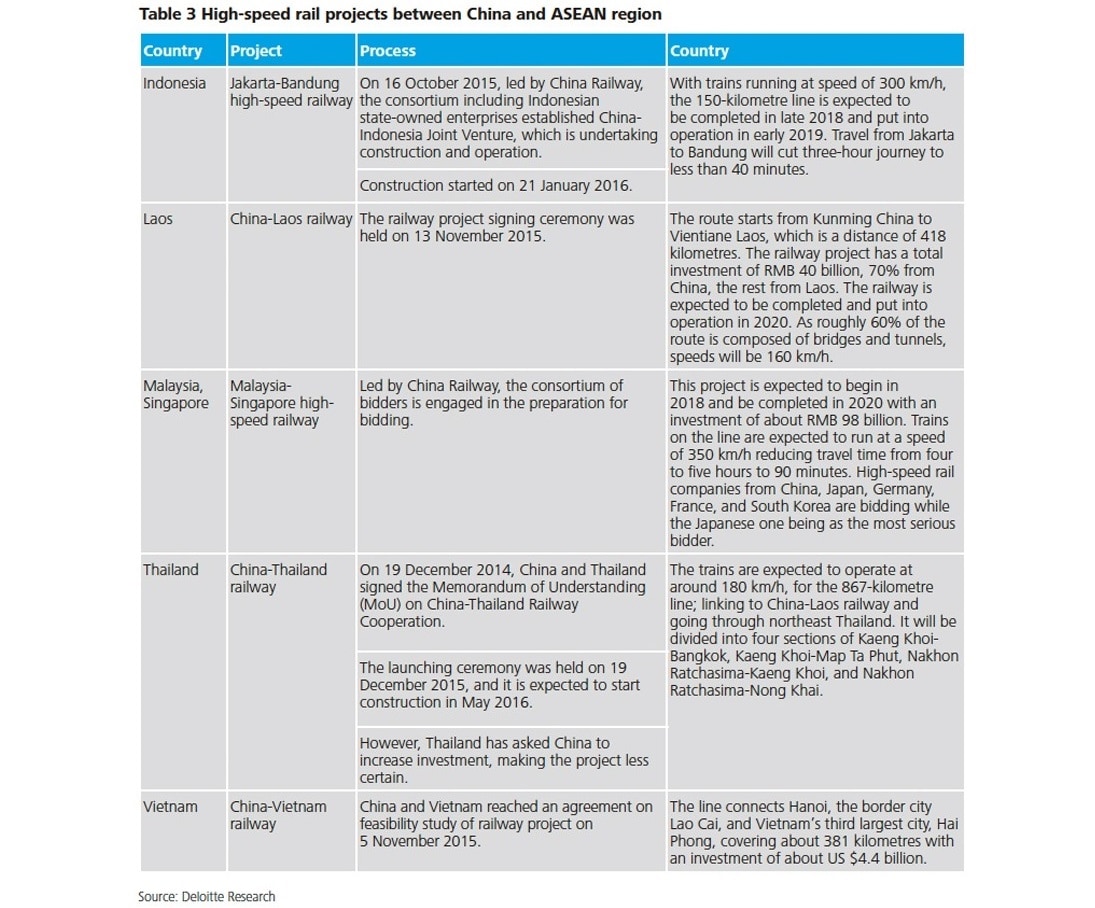