China’s GDP growth target is always the most important indicator of policy bias at the annual twin-conferences where major economic targets are announced. This year, as expected, the target for GDP growth is set at 6.5% to 7% and the target for job creation is 10 million. Is this ambitious? In our view it is -- especially when external demand in 2016 is likely to remain weak. So for China, the only way to achieve such a target will be to use a combination of expansionary fiscal policy and accommodative monetary policy. As we have been arguing all along, consumption is robust and the labour market is relatively tight. Therefore, as in 2015, the goal of creating 10 million jobs seems feasible. The fact that property markets are resilient in major cities amidst a struggling stock market and lingering concerns over the RMB devaluation, suggests that there is ample liquidity in China. The only drawback is that a GDP target of “at least 6.5%” means that the goal of the so-called “three reductions" (leverage, inventory and cost) will probably not be met.

Fiscal deficit is projected to increase from 2.3% of GDP in 2015 to 3% of GDP in 2016, which implies that there will be further tax cuts. Moreover, this “ceiling” is by no means a definitive one given that, 1.) inflation is expected to be low (slightly above 2%) and 2.) there is further need for fiscal support of laid-off workers from those sectors (steel and coal especially) which are beset by over-capacities, 3% should be seen as the lower limit. On the monetary policy front, China has gained some leg room in terms of easing in the last few weeks. The decision taken by the European Central Bank to step up its negative interest rate policy has triggered a broad sell-off of the dollar, which suggests that investors are expecting an even more subdued global economy than predicted. USD/CNY fell to 6.49 from its recent high of 6.57. Most Asian currencies have also rallied on the back of eased downward pressure on the RMB. The respite enjoyed by the RMB was also reinforced by a smaller-than-expected decline of China’s foreign reserves in February (down by about $20bn only, instead of the expected roughly $100bn, which is the average monthly decline that we have seen in the past 12 months). Meanwhile, the Chinese Government has repeatedly stressed its solvency in order to alleviate lingering concerns over a further devaluation of the RMB. In fact, China boasts the highest import coverage ratio in the world in recent years, reflecting the government’s extremely conservative stance towards foreign reserve management. China’s reserves could sustain over 20 months of imports compared to 14 months by Japan, which has the 2nd highest import coverage ratio in the world. Add to this the fact that China is also running a significant current account surplus (about 2-3% of GDP) and it becomes clear that solvency (or a lack of it) is not an issue. However, recent capital outflows have constrained the PBOC’s monetary easing. The recent cut of the reserve requirement rate came much later than expected precisely due to concerns over maintaining the stability of the RMB. Any erosion of the greenback’s strength certainly would improve PBOC’s position. That said, I am still of the view that China could not lower interest rates much further not because inflation has shown signs of bottoming out (perhaps true) but rather because of the fact that deposit rates have little room to fall. There is no doubt that reserve requirement rates, which are still very high, around 16%, could be slashed significantly. However, the effect of slashing RRR is debatable. Therefore, the argument of adopting a more flexible exchange rate (read a weaker one) as an additional monetary lever may well gain acceptance after the G-20 meeting in Hangzhou this September.

On China’s exchange rate policy the official stance is “no basis for persistent devaluation”. I tend to have sympathy for the official view but the market, which is much less sympathetic, will probably stay skeptical. For small and open economies, it is impossible to keep an independent monetary policy, a stable exchange rate and a relatively open capital account. China as a large continental economy and also an economy in transition has more leeway. But trying to achieve the three goals of at least 6.5% GDP, deleveraging and a stable RMB at the same time has so far resulted only in declining reserves and tougher capital controls (the SAFE decided to clamp down on purchases of insurance policies in Hong Kong this week). It was an 'open secret' that this scheme was used for people to take large sums of money out of China. With the benefit of hindsight, if China had tolerated a large devaluation on August 11, 2015, there could well have been renewed capital inflows by now because many foreign investors are reluctant to get into the equity market due to potential RMB devaluation overhang. The problem is that policymakers are directly linking a stable RMB exchange rate to general confidence, which makes any meaningful adjustment on the exchange rate politically difficult. In essence, China’s game is about `waiting it out’ until the dollar weakens. Meanwhile, China is likely to slow the pace of RMB internationalization. In fact, there was no mention of RMB internationalization in Premier Li’s work report at all. 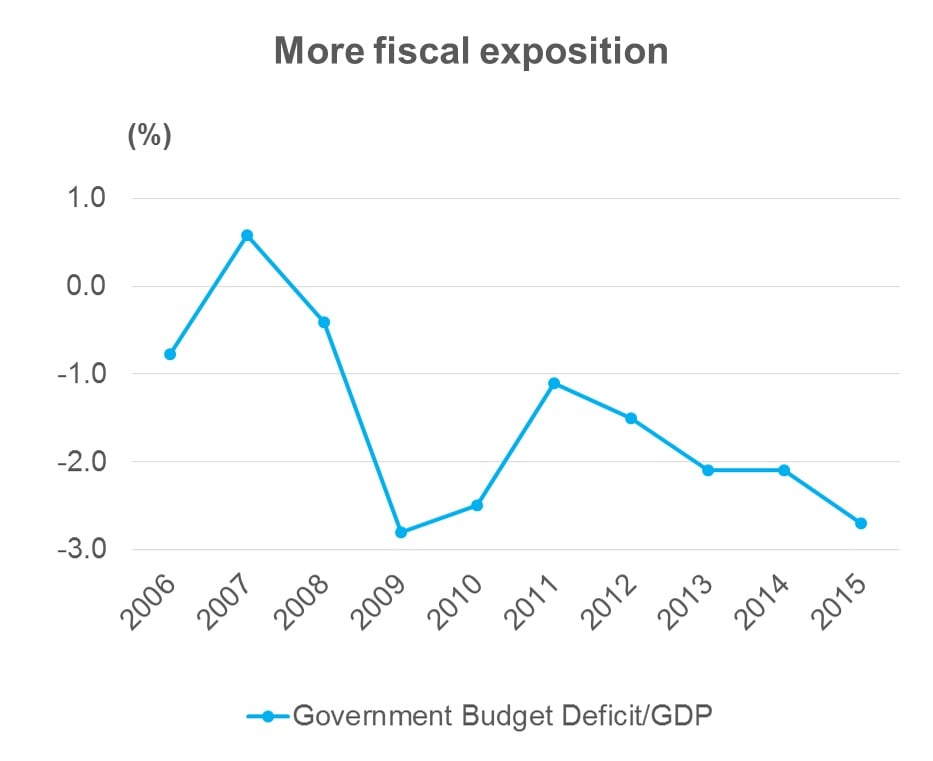 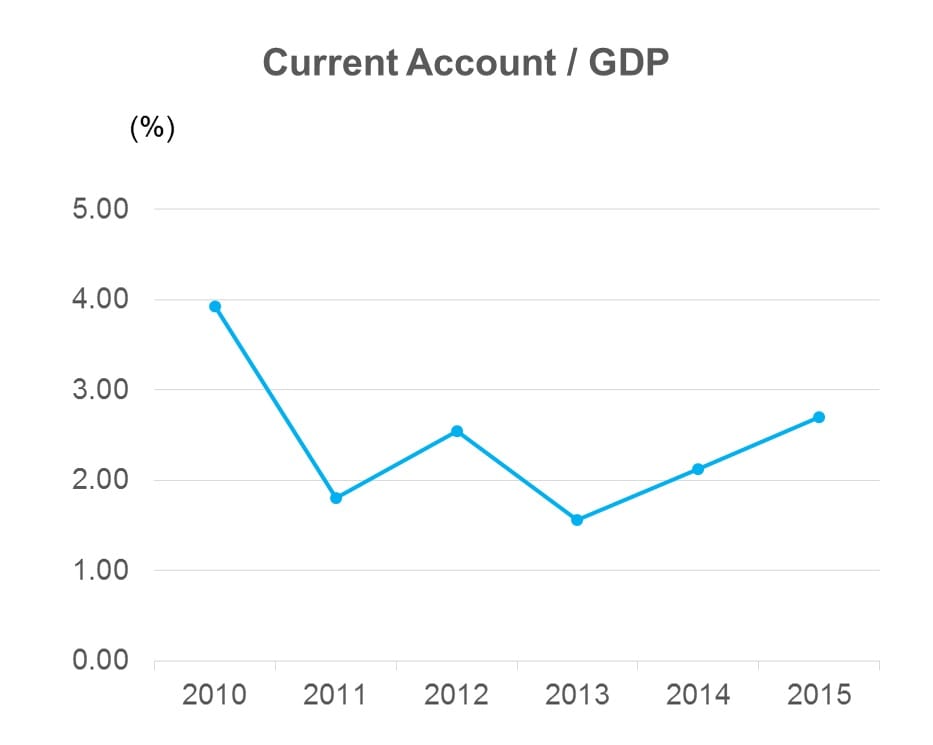 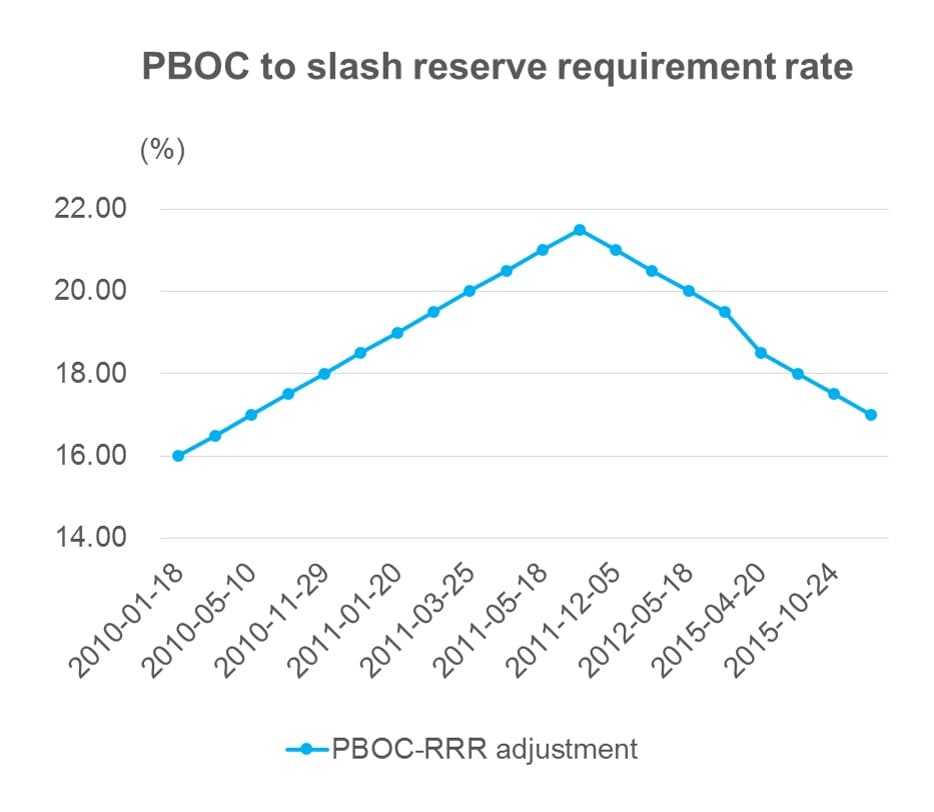 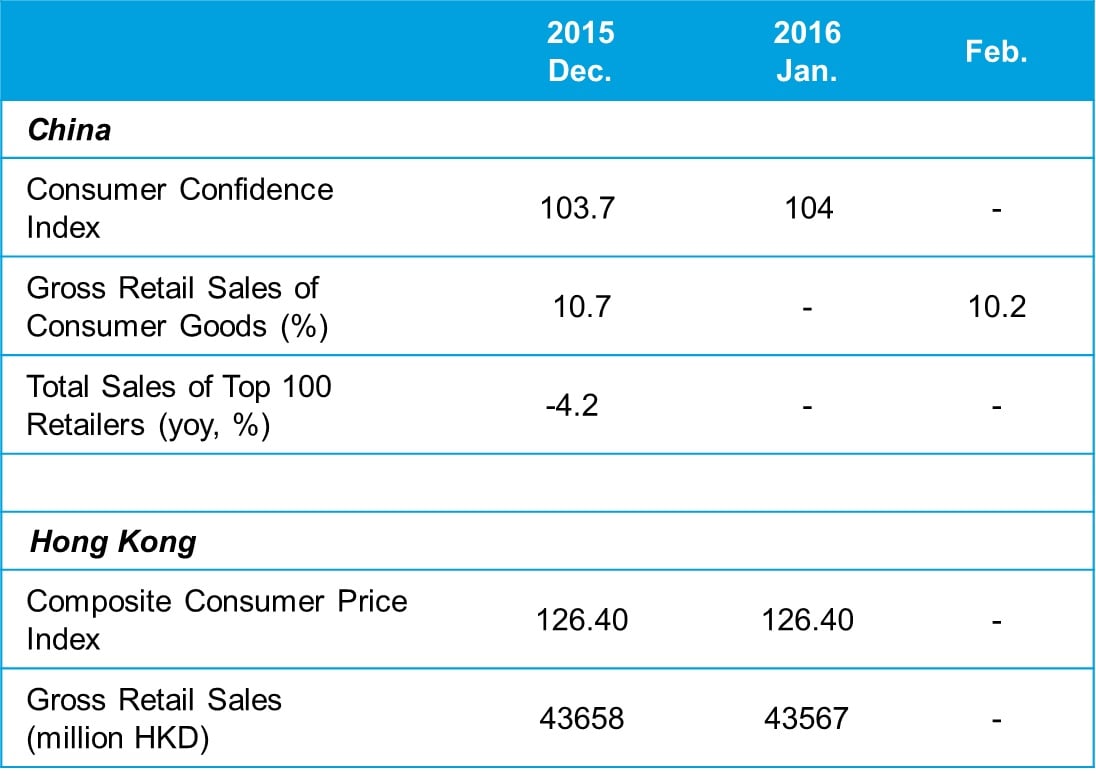 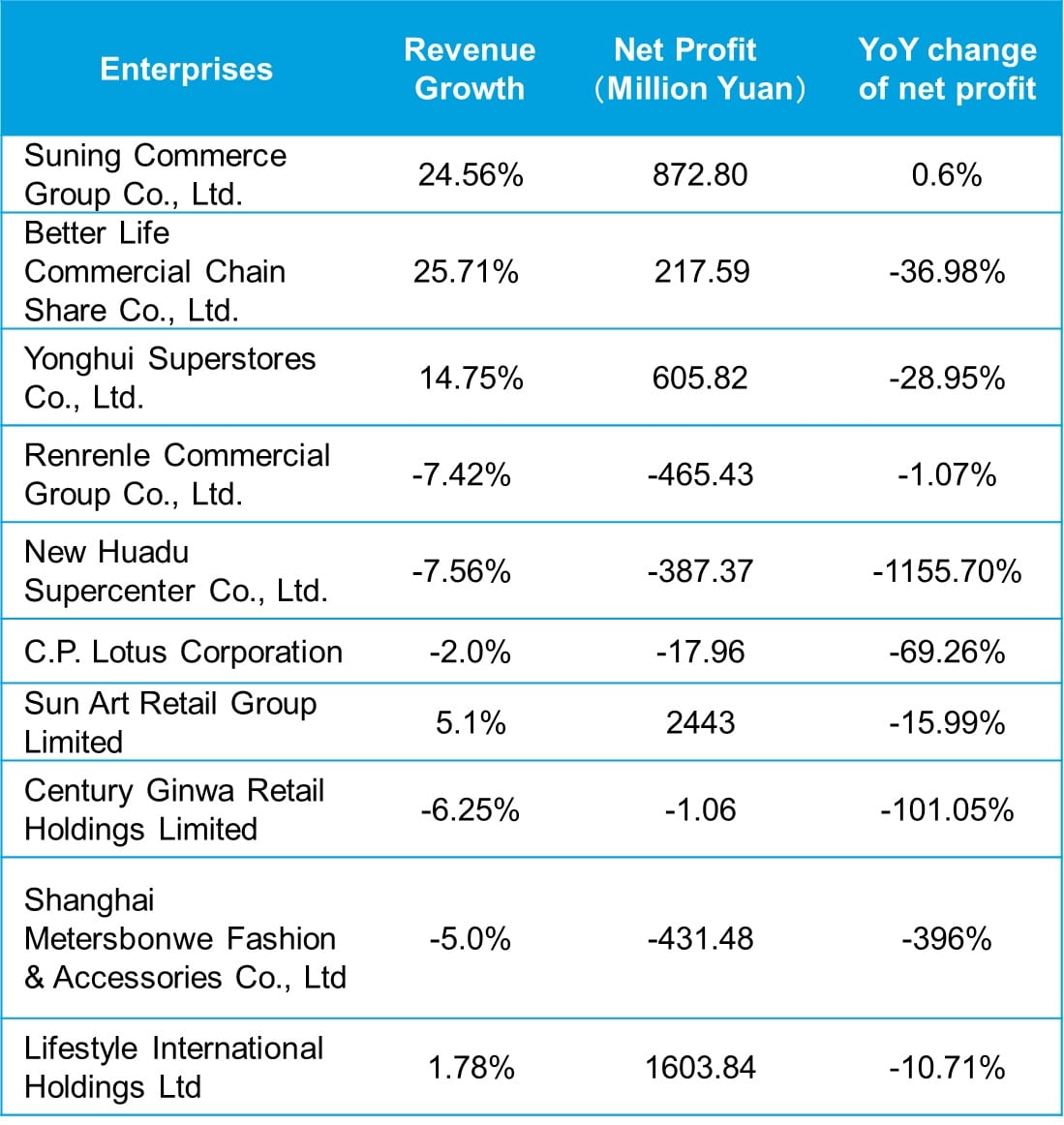 VoLTE (Voice-LTE) promises to provide a more cost-effective, IP-based mobile voice platform that can eventually replace today’s circuit-switch alternative. VoLTE aims to provide a voice service that is at least as reliable as current cellular systems, but which uses an all–IP network in a shared resource environment. Consequently, most operators regard consumer VoLTE as an exercise in simply re-creating today's voice services over the new IP Multimedia Subsystem (IMS) network.

Of course, one could argue, lack of innovation at this point is part of the problem. Without innovation to add value to the VoLTE services, there can be no incremental revenue to fund investment in VoLTE. And so the business case is built only on possible cost-savings associated with transferring voice traffic to LTE. However, with the long-term need to maintain legacy voice (for fall-back until LTE coverage is complete, and for in-bound roamers) those potential cost-savings will take some time to occur. The problem with uncertainty is that it loads risk onto the business model and the conservative approach is to minimize investment risks. As a result, even this business model looks shaky.

Certainly, rolling out IMS and VoLTE is a great opportunity to add something new -- to catch up with the services currently offered by OTT communication service providers. While high definition voice might be a "nice-to-have" for the average subscribers, it is still not achieving the status of a "must-have", matching only what already is available on LTE using Skype.

In any case, to even stand a chance of generating extra revenues, operators would presumably need to surpass OTT offerings. But then again, they are faced with not knowing what the scale of those potential extra revenues would be. A business model in this fashion could only fly if the extra cost undertaken to enhance services broke all the norms of telecom innovation. So it seems that for consumers, VoLTE could potentially be a case of "old wine in a new bottle", and perhaps also a missed opportunity for operators whose failure to bring business model innovation into play was due in large part to their inability to make the numbers work.

A pilot program for preferential personal income tax policies for commercial health insurance premium payers has been implemented in 31 cities since January 1, 2016. This program offers pre-tax reductions for qualified premium payments of up to 2,400 yuan per year for taxpayers in these pilot cities. On March 3rd, the insurance regulatory commission approved the first batch of tax-exempt medical insurance products from PICC Health, Sunshine Insurance and Taikang Life. 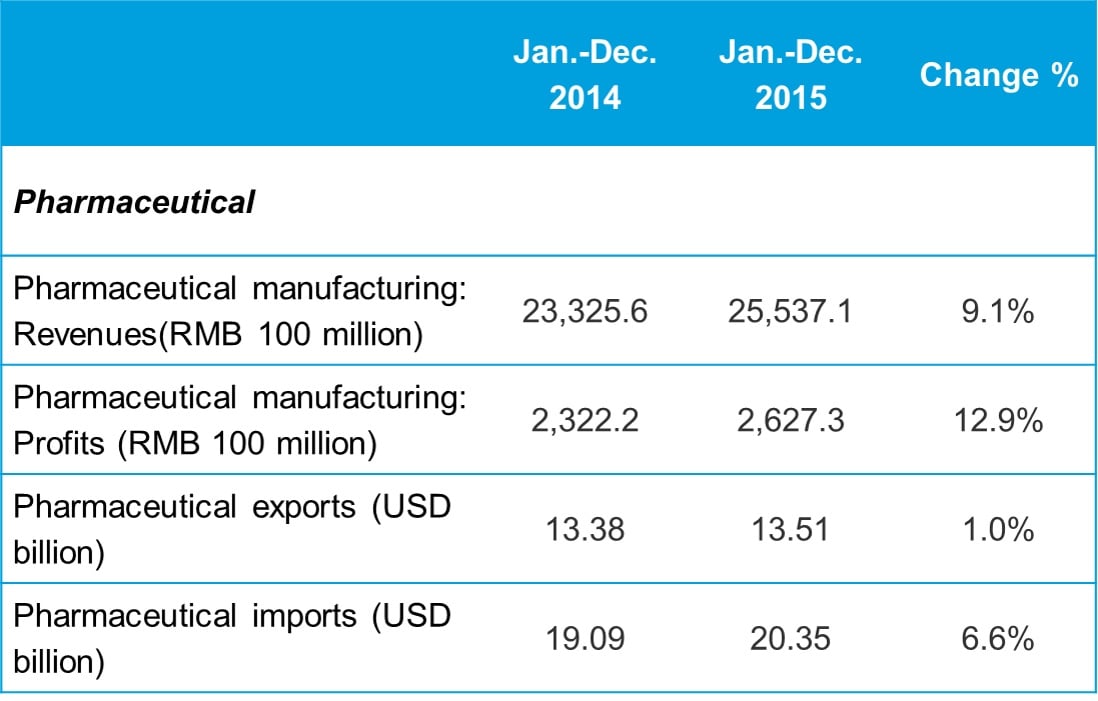