Women on boards has been saved

Women on boards has been removed

A matter of supply? Or demand?

There’s not just a gender gap in the boardroom; there appears to be a gender and generational gap about the reason for the gender gap. Deloitte and the business community address both sides of the issue.

Women on boards: A matter of supply? Or demand?

A recent boardroom study conducted by Harvard Business School, the WomenCorporateDirectors Foundation, and executive recruiting firm Spencer Stuart asked board members: “What is the primary reason that the number of women on boards is not increasing?” The number one response of men aged 56 to 65 was “lack of qualified female candidates.”

Simply put: Men in the baby boomer generation are more likely to see the lack of women on boards as a supply problem; their female counterparts (and the majority of men age 55 and under) see it as a clear lack of demand. The 30 Percent Club, a peer-to-peer network of business leaders initially founded in the United Kingdom, has set out to change that dynamic.

In the United States, where the 30 Percent Club launched with Deloitte as a founding member in 2014, 19 percent of S&P 500 board members are women—fewer than one in five. Today, more than 50 US chairmen and CEOs have joined the 30 Percent Club and they are committed to improving the gender balance at all levels of their organizations. Though there is much to do to reach the 30 percent threshold in the boardroom, the group has made notable progress. Public companies participating in the US chapter have collectively added 20 women to their boards in less than two years.

For decades, research has shown us that companies with diverse boards have better returns on investment. A 2014 Credit Suisse report found that companies with at least one woman on their board outperform other companies, in some cases by as much as 5 percent. Women comprise 45 percent of the workforce in S&P 500 companies. But the higher up in the company structure you look, the fewer women you’ll find.

Women who are part of the 30 Percent Club program don’t have to figure this out on their own. There’s so much knowledge of how other women have succeeded; we can build on that.

According to the Bureau of Labor Statistics and a 2014 Census by Catalyst, women represent only 37 percent of first/mid managers, 19 percent of board directors, and 4.6 percent of CEOs. But, increasingly, companies are looking to expand their talent pools for future success. As Deloitte’s Chairman Mike Fucci put it, “Companies need diversity of thought, skills, experience, and background in the boardroom. When we leverage our individual differences, we become better collective problem-solvers and we forge a more powerful future.”

That’s why Fucci leapt at the opportunity to get involved with the 30 Percent Club. “An important part of my role as chairman of the board at Deloitte LLP is promoting inclusion and, specifically, gender balance on boards. It’s a role I cherish. I’m proud to serve as the lead sponsoring executive for the 30 Percent Club and as a mentor in the organization’s cross-industry mentoring program for highly talented women.”

That cross-industry mentoring program—currently halfway through its first year in the United States—pairs male and female executives with rising women professionals. The program’s 130 participants represent 18 companies in 8 industries. Five Deloitte leaders, including Chairman Mike Fucci, serve as mentors; in addition, five Deloitte professionals are being mentored by professionals from other organizations. One of the Deloitte mentors is Kimberly Mulqueen, chief inclusion officer of Deloitte Consulting LLP. Mulqueen believes the 30 Percent Club mentoring program “has the potential to speed up someone’s career trajectory.” She adds, “Women who are part of the 30 Percent Club program don’t have to figure this out on their own. There’s so much knowledge of how other women have succeeded; we can build on that." 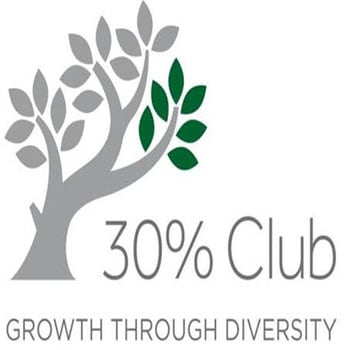 From 2015 to 2019, Mike served as the chairman of the US Board of Directors, where he led the board in providing governance and oversight as well as guidance on priority matters such as firm strategy,... More

Deb is vice chair, Deloitte. She is the former national managing partner of the Center for Board Effectiveness, where she was responsible for Deloitte’s boardroom programs that support corporate board... More