Karen Bowling on the importance of confidence, empathy, and the downside of overanalyzing has been saved

Karen Bowling on the importance of confidence, empathy, and the downside of overanalyzing has been removed

An Article Titled Karen Bowling on the importance of confidence, empathy, and the downside of overanalyzing already exists in Saved items

Karen Bowling on the importance of confidence, empathy, and the downside of overanalyzing

Deloitte is proud to introduce a new series profiling women in the energy industry in conjunction with the Women’s Energy Network (WEN). By highlighting the stories of women in energy, we hope to help facilitate meaningful conversations, create connections, and showcase the myriad of opportunities for women to enter and thrive in the energy industry.

A St. Louis native and avid college football fan who has moved around the country, Karen Bowling first gained interest in the energy sector when she was asked to participate in the audit of a utility client during the first months of her career. For the East Tennessee–based audit and assurance partner, the fascination of the energy sector hasn’t wavered much over the past 26 years—the last 19 of which have been spent at Deloitte.

An always-changing landscape means Bowling is in always-learning mode

Bowling’s favorite aspect of working in the energy industry is the pace of change. “I think some people have this perception that nothing goes on and it’s a little bit boring,” she says with a laugh. “Nothing could be further from the truth. It’s actually quite adventurous.” With new technologies, regulations, politics, and renewables, change is fast and constant. For Bowling, the need to be exposed to and learn new things continues to be a huge personal and career driver. And while the chances that she’s the only woman in the room are less today than they once were, Bowling still believes the best way to remove any lingering doubt or unconscious bias with regard to her ability is by thoroughly understanding her business and her clients. “That respect for what a person does on a daily basis and understanding what they worry about is critical,” she says.

Utilities are growing more diverse, and so are the people guiding the transformation

Renewables aren’t the only massive change to the industry since the start of Bowling’s career more than two decades ago. “When you walk in the door of an energy company today,” she explains, “it looks completely different in terms of the people who are in the building.” Bowling is quick to point out that while the firms she’s worked for always felt relatively balanced from a gender diversity perspective, she didn’t always see it reflected in the industry because it was once fed largely by college engineering programs that attracted far fewer women than they do today. Bowling believes the sector’s own efforts to be inclusive are at least partly responsible for this shift toward greater gender balance. “It’s certainly something you’ve seen the industry specifically focus on as individual companies have tried to improve their diversity and embrace its value.”

A diversity of experience and thought, no matter what facet of diversity you're talking about, is both fundamental and necessary.

There are downsides and upsides to thinking too much

When asked what she feels is the greatest challenge for women entering the field, Bowling is careful not to overgeneralize, but has concerns that some women may first assume they can’t before they believe they can. Bowling’s advice? “Stop wondering if somebody is leaving you out of a conversation, and just go be a part of it. I guarantee that, most of the time, someone just wasn’t thinking about it from your perspective. The driver of being included doesn’t have to be anything other than you assuming that you belong there, because you do.”

Bowling also sees an upside to what she views as some women’s natural tendency to overanalyze in that it can make them more empathetic listeners and leaders. It’s important to take the time to prepare and to make sure that an ask or connection is made and received. As Bowling explains, “That awareness of what else someone might have going on, how they make their decisions, how they behave in a meeting versus somebody else—that kind of attention does matter and can have a big impact.”

WEN: Networking with an ulterior motive

Despite persistent nudging from an Atlanta colleague to join WEN, Bowling was initially reluctant to add another commitment to her already packed schedule. Happily, the persistence paid off, because with one meeting, Bowling was hooked. She recalls being floored by the spectrum of women that were showing up and getting involved, from the types of roles they had to the types of companies they worked for, their ages, their experiences, their paths into the energy sector, and their individual areas of focus. For Bowling, this diversity is what makes WEN just as much an educational resource as it is a networking one. “It’s not just about building a network; it’s about building an educated network,” she explains. “There’s a broader purpose that is so intriguing to me because you’re building your professional network by raising the education level you bring to your profession.”

Looking ahead, Bowling is certain of one thing: The energy sector needs to continue evolving. And while the industry must own its role in broader decarbonization efforts, Bowling cautions that it won’t happen overnight. “For energy to shift on the scale it needs to,” she points out, “it requires a change in the nature of the underlying services we expect and the investment that goes with that change.” Bowling believes this conflict in perception versus the reality of what it takes to achieve the goals may cause a great deal of angst in the short term, but will eventually lead to a clearer long-term vision. “You have to be willing to change,” Bowling explains, “and sometimes you have to be the one demanding change.” 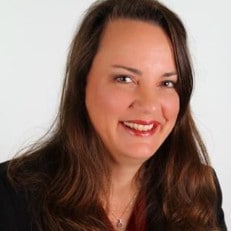 Karen Bowling: The lightning round

Supporting career progression and inclusion for women in IT

Diversity and inclusion in manufacturing