Technology, media, and telecom industry news coverage has been saved

Technology, media, and telecom industry news coverage has been removed

Catch up on our latest headlines

Explore recent media coverage from a variety of publications featuring Deloitte's leaders in the Technology, Media and Telecommunications industry.

In case you missed it: Millennials and the mainstreaming of digital

In his spotlight conversation with Variety co-editor-in-chief, Andy Wallenstein, at Variety’s Entertainment and Technology Summit, NYC, Deloitte Consulting’s Media & Entertainment Sector leader, Kevin Westcott, discussed how millennials are driving the media consumption habits for the other generations. Millennials are increasingly influencing product and service functionalities and are eager to adopt, even model, the next big thing. Other generations are adopting the media habits of millennials, giving us a glimpse to what lies ahead for the future of media.

"There were folks nine years ago who said Millennials will become more like us as they get older, but what we've seen is the opposite," said Westcott.

According to Deloitte’s “Digital Democracy Survey,” which compares and contrasts generational preferences of more than 2,000 consumers, ages 14 and older in the US, revealing significant technology, media, and telecommunications consumption trends, 56 percent of consumers stream movies and 53 percent stream television every month. Those percentages are much higher, however, for Trailing Millennials, people between the ages of 14 and 25. In that group, 77 percent stream movies and 72 percent stream television programs.

Westcott also said that the trend of binge-watching–viewing three or more program episodes at one sitting–is prevalent with 68 percent of consumers doing so today. In fact, 31 percent of Americans who binge-watch, do so at least once a week, led by "trailing millennials," who binge watch more frequently than any other generation at 42 percent.

These stats may illustrate why many traditional TV companies are choosing to launch-direct to consumer online channels. The expectation is that today’s youngest consumers will continue to watch to watch streaming services when they move out of their parent’s house and start households of their own.

Find out more by exploring the full Digital Democracy Survey. 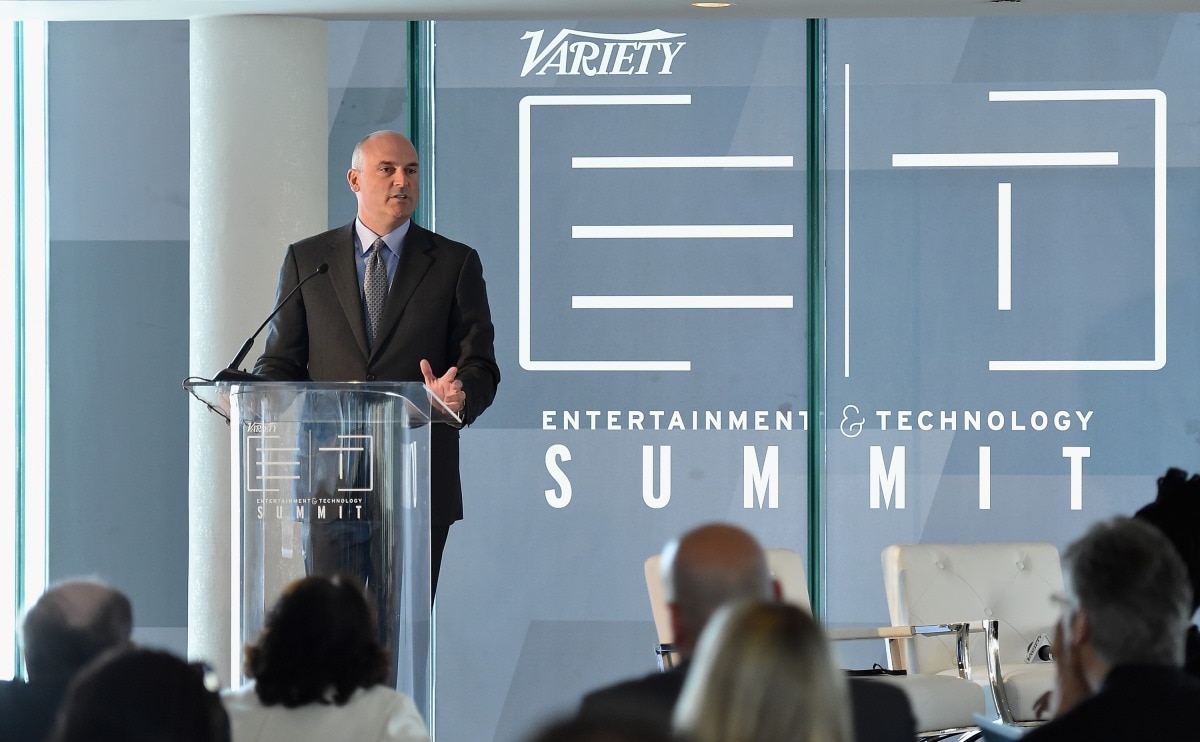 Why the lack of women in IT is bad for tech, bad for the economy
ZDNet | 01/15/2016
The percentage of women in the IT jobs in developed countries has not changed greatly over the past few years according to a Deloitte report. Gender disparity in the IT jobs costs $4 billion in the UK alone. Neglecting these facts could be a costly mistake unless long term goals are set and implemented at the workplace or even earlier, in the schools.

Spur serendipity as a way to stay relevant and sought-after
Forbes | 3/16/2015
John Hagel, co-chairman of Deloitte’s Center for the Edge, is quoted in this article on the issue of staying open to serendipitous experiences.

Is a 're-enterprization' of IT taking place?
Baseline | 3/10/2015
Paul Sallomi, Deloitte's US and global technology industry leader, offers his perspective on the evolving state of IT consumerization and a growing countertrend toward 're-enterprization'.

"The exceptional CMO": How data will liberate marketing beyond business as usual
Huffington Post | 3/4/2015
John Hagel, co-chairman of Deloitte’s Center for the Edge, is quoted on how social technologies are helping businesses address the big exceptions that remain now that technology has automated practically everything else.

Maynard Webb: The freelance nation looks promising
The Wall Street Journal | 3/2/2015
John Hagel, co-chairman of Deloitte’s Center for the Edge, is mentioned regarding the average life expectancy of a company in the S&P 500.

The classic allegory of 'stone soup' provides a lesson every entrepreneur should learn
BusinessInsider.com | 2/10/2015
John Hagel, co-chairman of Deloitte’s Center for the Edge, is quoted in this article on the issue of worker passion.

To survive, companies need to stop hiding behind their walls
Fortune | 2/9/2015
John Hagel and John Seely Brown, Center for the Edge co-chairmen, discuss how companies need to respond faster and more flexibly to a changing environment.

What to expect from virtual reality in 2016
The Washington Post | 01/15/2016
VR technology may be in its infancy but the future applications and prospects are exciting. A Deloitte report predicts the focus will be on gaming for some time, the firm said, as it will take time, for example, for movie studios to figure out how to make compelling films using VR.

Sony poised to dominate virtual reality market
Investor’s Business Daily | 01/13/2016
According to the predictions by Deloitte, video games would be the killer app for the VR market in the foreseeable future. With an installed base of over 35.9 million PS4 game consoles globally as on Jan. 3, 2016, and about 100 games are being developed for PlayStation VR, Sony is positioned to gain a major foothold on the VR market.

'Star ' and 4 other awesome drones to consider buying this holiday season
The Street | 10/12/2015
Consulting firm Deloitte estimates that 300,000 non-military drones will be sold in the US in 2015.

Evolving product lines could bring the dreaded telecom tax rate
In this Inc. magazine article, Jim Nason, US tax telecommunications sector leader at Deloitte Tax, LLP discusses how the connectivity revolution has spawned a vexing set of challenges for tax professionals. Many companies who are selling these devices are blissfully unaware that by doing so, they could be changing the way their company is taxed. Internet connectivity can trigger dreaded telecom tax rates for entirely new classes of products that never had them before.

Putting the ‘I’ in ‘IoT’: This is the cloud-based glue that IoT needs
Venture Beat | 10/21/2015
Over a billion wireless IoT devices will be shipped by the end of 2015, according to Deloitte.

How the Internet of Things can enhance human relationships
Techonomy, Forbes | 2/3/2015
John Hagel, co-chairman of Deloitte’s Center for the Edge, discusses how as digital health options proliferate, technology will free physicians from back-office burdens and reduce inefficiencies.

Platform business model picks up steam–what's the CIO role?
TechTarget | 6/29/2015
John Hagel, co-chairman for Deloitte's Center for the Edge, participates in a discussion on platform business and the role of the CIO.

Forecast: Smartphones to be leading gaming platform, cognitive tech becomes more commercial
MediaPost | 01/13/2016
Deloitte predicts mobile gaming will generate $35 billion in revenue in 2016, 20 percent higher than that of 2015. This compares to $32 billion for PC games, and $28 billion for console games, up by five percent and six percent, respectively. Also advances in cognitive technologies are contributing to a rise in commercial applications.

Gigabit connections to rise tenfold in 2016, says Deloitte
FierceTelecom | 01/13/2016
Deloitte predicts that the number of gigabit Internet connections is projected to rise tenfold to 10 million by the end of year with residential connections accounting for about 70 percent of the total which will be fueled by increasing availability and a decline in broadband service prices, with the ultra-high 4K resolution driving the need for higher bandwidth.

A quarter of people won’t make a single call on their cell phones this week
CNBC | 01/13/2016
Craig Wigginton, Vice Chairman and US Telecommunications Sector Leader, Deloitte, is quoted in this article asserting about the emergence of the so-called “data-exclusives”, those who majorly use their phones to communicate using social networks and use apps to order takeout, request a taxi, book an appointment or make a bank transfer, all the while without making any calls.

The end of office voice mail
Washington Post | 6/4/2015
Craig Wigginton, vice chairman and US telecommunications industry leader, Deloitte & Touche LLP, is interviewed and shares his thoughts on the topic of the end of voice mail.

Chasing glances
Huffington Post | 3/16/2015
Data from the 2014 Global Mobile Consumer Survey is referenced in the discussion on the balance behind the art and science of typographic and visual design and devices.

YouTube is crushing cable TV, according to Google
Huffington Post | 7/20/2015
Data from the 2015 Digital Democracy Survey is referenced in the discussion on video-streaming frequency.

Is your internet service fast enough for streaming?
ConumerReports.org | 6/17/2015
The 2015 Digital Democracy Survey is referenced in the discussion on internet speed.

survey finds America really is becoming a binge-watch nation
LA Times | 4/22/2015
Binge watching is definitely a buzzword in the media, but according to [Deloitte's recently released "Digital Democracy Survey"] it really has become the dominant mode of TV consumption in the US.

Is a 're-' of IT taking place?
Baseline Magazine | 3/10/2015
Paul Global TMT Leader, offers his perspective on the evolving state of IT consumerization and a growing countertrend toward re-.

How 5G will push a supercharged network to your phone, home, car
CNET | 3/2/2015
Craig Wigginton, vice chairman and US telecommunications industry leader, Deloitte & Touche LLP, is cited for his opinions on 5G and when we can expect to see faster, more powerful wireless networks.

Hot tech trends you need to know now
CMS Wire | 01/13/2016
Cloud computing, big data, and of Things (IoT) are gaining traction and being widely used by individuals and enterprises alike according to Paul technology sector outlook. Cognitive technologies could shift the industry towards the consumption-based business models (CBBM) while changing the way enterprises operate in the future.

How artificial intelligence is transforming the workplace
BBC World Update | 8/21/2015
Paul Sallomi, Global TMT Leader, recently sat down with Dan Damon, BBC Journalist and Host of the BBC’s “World Update” to share his perspectives on how cognitive computing is transforming the way we live and work Also, on this page, can you update Paul’s title to Global Telecommunications, Media and Telecommunications Industry Leader.