Banding together for blockchain

Banding together for blockchain Does it make sense for your company to join a consortium?

Blockchain is a technology that requires collaboration to be effective, which is why companies—both allies and competitors—have begun working together in consortia. But creating a successful blockchain consortium requires planning, investment, and commitment.​

Some technologies—say, spreadsheets or photo-editing software—are valuable in the hands of a single user. Others require buy-in from many users, both partners and competitors, with their value increasing as more parties sign on.

Blockchain—the digital distributed ledger technology that underpins Bitcoin and promises to transform so many industries—is evolving rapidly.1 But one blockchain trend is not particularly technological in nature: A growing number of companies that are seeking to develop and deploy business solutions based on blockchain technology are pursuing their goals as part of a consortium, which is a group of companies that join together, typically to set standards to enable the development of new infrastructures.

Distributed ledgers are business-to-business workflow tools, which entails that blockchain practically demands collaboration—to set standards, develop infrastructure, and execute transactions. And these consortia are the mechanism through which blockchain-interested companies, regulators, and governments are collaborating. Some consortia—most notably in financial services—seem on track to succeed. But not all are set up for success.

Any company seeking to capitalize on blockchain’s potential to increase operational efficiency and enable new business models and client solutions should consider joining or forming a blockchain consortium while heeding the lessons from the first generation of consortia. In particular, adequate funding, robust governance, and commitment from key companies are critical.

The emergence of blockchain consortia

Consortia have become a popular means for enterprises to work together on blockchain technology. More than 40 blockchain consortia have formed globally, some of which have attracted significant investments,8 mostly from industry players in financial services, including Bank of America Merrill Lynch, Citigroup, Credit Suisse, Goldman Sachs, and JP Morgan.9

There are two types of blockchain consortia: business-focused and technology-focused. Business-focused consortia aim to build and operate blockchain-based business platforms to solve a specific business problem. An example is Digital Trade Chain, launched in January 2017 by seven leading European banks and focusing on “building a blockchain-based platform design to facilitate cross-border trade for small and medium-sized businesses”; the consortium’s members include Deutsche Bank, Société Générale, Rabobank, and UniCredit, who all agreed to collaborate and fund the development of the new platform.10 Deloitte has also been working with the Hong Kong Monetary Authority and the leading trade finance banks in Hong Kong to develop a Distributed Ledger Technology proof of concept for Trade Finance.11

Technology-focused consortia seek to develop reusable blockchain platforms based on technical standards. An example is Hyperledger, an “open source collaborative effort created to advance cross-industry blockchain technologies.” Members include leading companies in finance, banking, logistics, and manufacturing, such as SAP, IBM, Intel, Fujitsu, and Daimler.12 The consortium recently released its first production-ready platform, Fabric, with a modular architecture that allows users to plug and play components such as consensus and membership services.13

Some consortia cover both types of activities. An example is R3, whose consortium includes more than 80 of the world’s largest financial institutions, regulators, and central banks. The consortium has announced an intention to release a stable version of its platform, Corda, in Q3 2017, with an enterprise offering following later.

Why consortia are critical for blockchain technology in enterprise

Why do companies join blockchain consortia? For some, consortia represent a low-risk effort to stay current on blockchain trends, learn what competitors are doing, defend against potential new threats, and prepare to implement the technology should they decide to. In the view of some industry analysts, many companies are joining consortia for FOMO: fear of missing out.14

Ultimately, blockchain consortia form as a consequence of the technology itself. Although a distributed ledger can have an immediate positive impact even between two businesses, it derives more utility from network effects: The greater the number of users, the more valuable the technology is to all of them. Consortia allow companies to take advantage of blockchain network effects from day one, by providing a vehicle to create a governance structure around this collaboration, often among players that compete against one other. Consequently, in order to use blockchain effectively, most enterprises need to be part of a consortium.

Where blockchain consortia are heading

The financial services industry has more blockchain consortia than any other. But we expect other industries to begin forming consortia as well; we already see movement in health care15 and logistics,16 with anticipated new consortia in pharmacy RX fulfillment and genomics data management, among other use cases.17 In addition, we can expect governments and regulators to begin playing a significant role in blockchain consortia.

Strategies for consortia aiming to deploy blockchain at commercial scale

In examining the progress that consortia have made to date, four success factors stand out.

First is funding. Applying blockchain technology to a business use case and bringing it into production requires significant investment in technical talent and several years’ worth of commitment to technical implementation. Only one consortium has raised significant funding: R3 has brought in more than $100 million from existing members,18 allowing it to invest heavily in building technology without having to rely solely on membership fees.

Second is membership. Some industry consortia are succeeding thanks to the commitment of industry leaders. For example, Fundchain, an international consortium of asset managers, is working to bring 401(k) plans, mutual funds, and pension funds to the blockchain. After rolling out a smart transfer agent proof-of-concept in December 2016, the consortium—comprising leaders in the industry—is targeting the release of an initial product for 2018.19 B3i, a consortium comprising insurance industry leaders, is leveraging blockchain to swap information and collaboratively test prototypes and use cases. A prototype is expected to undergo testing, with a plan to publish the results this year, and the insurers have an eye on spinning that platform off into a separate company as early as 2018.20

Third is leadership. Some consortia have made significant progress thanks to the outsized commitment of a single leading player. In the case of Hyperledger, IBM is providing a significant part of the codebase,21 while the technology of one of the versions of the Enterprise Ethereum Alliance is based on Quorum, an open-source project led by JPMorgan.22

Fourth is governance. Consortia need good governance structures to facilitate consensus around standardization issues that are in part driven by politics. Convincing competitors to collaborate is no easy feat. In interviews with leading consortia, we encountered a number of different approaches, including the formation of smaller subgroups to work on delineated issues, and providing several levels of potential engagement, ranging from participation in monthly calls to active technology development.23 Consortia with good governance structures in place are the ones capable of getting traditional competitors to collaborate and work together.

Next steps for companies

Industry players should be clear about their goals when contemplating joining a blockchain consortium. Joining to study and explore blockchain technology is a very different commitment from aggressively moving to build and deploy the technology at commercial scale. In the latter case, executives should assess potential consortium participation according to the factors enumerated above. Last, companies have the opportunity to be a leader in innovation and create a new business consortium, as opposed to joining one. This is harder, but the rewards can be higher, as companies can monetize the platform over time.

Intermediaries (third parties who provide a service to facilitate transactions between buyers and sellers of a product or service) that are active in high-potential areas for blockchain applications have an opportunity to monitor and shape a potentially disruptive technology; they should consider playing a major role in an industry consortium. In the securities industry, a number of clearinghouses—intermediaries between buyers and sellers of financial instruments—have joined the Post Trade Distributed Ledger Working Group to pursue this path. A strategic commitment may help intermediaries preempt their clients from forming a consortium that could replace them.

Blockchain vendors catering to enterprises will face challenges and opportunities with the growth of consortia. Securing a consortium’s business can capture a big segment of the market—and many vendors are following a consortium go-to-market strategy in order to lock in customers early. On the other hand, if a competitor succeeds in building a minimum viable ecosystem with a consortium, picking off individual players represents an uphill battle. First-mover advantage can play a significant role in a consortium-dominated demand-side landscape.

Banding together for success

Consortia will play a central role in the commercialization of blockchain technology in every industry. We can expect dozens more consortia to form in the next two or three years. Not all will lead to commercial deployments, and this is fine for members that are more interested in learning at this stage. Companies with serious commercial intent will want to consider the funding, membership, leadership, and governance of the consortia they join. 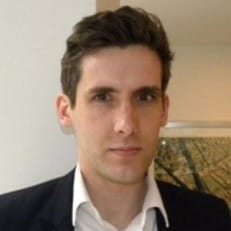 Peter is a senior consultant at Deloitte LLP. He tracks and analyzes emerging technology and business trends, focusing on the growing impact of cognitive technologies, for Deloitte’s leaders and its clients. Before joining Deloitte, Peter worked at an international economic organization and held various roles in municipal and national governments in the United States and Europe. He is the author of multiple publications on economics, innovation, and entrepreneurship.

Banding together for blockchain has been saved

Banding together for blockchain has been removed