A crowd of people came running toward us. They yelled from a distance, which distracted the checkpoint guards: “Don’t kill them!”

My mother and I kept shoveling, following orders to dig our own graves.

Two men I had never seen before started pleading with the guards to let us go back to the pickup truck that had brought us this far. It wasn’t until it was pitch black when one negotiator said, “You know this boy and his mom aren’t going to make it five miles away from here. Let someone else kill them.” Somehow, the guards agreed. 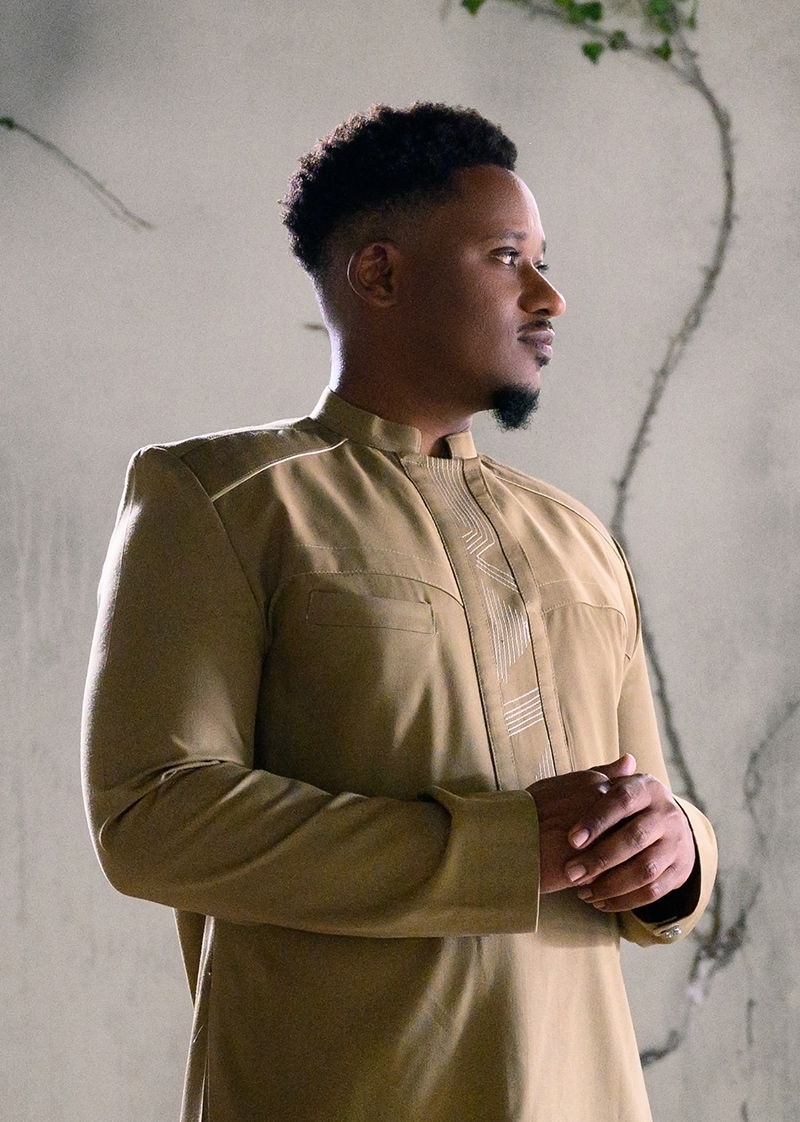 I grew up in a peaceful Rwanda, thinking it was the only place in the world. I never saw armed soldiers until 1990, when I was 10 years old. I was walking back to school from lunch one day when I started to notice truckloads of soldiers in the streets. At first, I thought, “Oh, someone is shooting a movie in Rwanda.”

A war had begun.

In short, the Tutsi rebels, a group of people who had previously fled Rwanda and lived or were born in exile, had invaded the country to take it back, reigniting a long-standing conflict with the Hutu, who controlled the government at the time. This civil war raged for four years.

On April 6, 1994, a date that probably means nothing to you unless you’re Rwandan or it’s your birthday, the country’s Hutu president, Juvénal Habyarimana, was shot down and killed as his plane was landing in Kigali, the capital of Rwanda. He had just signed a peace treaty with the Tutsi rebels.

The country was yet again sent into chaos. This time, however, the Rwandan genocide had begun, and extremist Hutus went from house to house, killing Tutsis and moderate Hutus.

My mom, two sisters, and I hid in a storage area where, night after night, we could not only hear the bomb blasts and gunfire outside, but were also blinded by the flashes of light, as the extremist Hutus searched our house. Things got so dangerous that our only option was to be smuggled out. We were sheltered at our neighbor’s house before they eventually hired a driver with a pickup truck to take us to a town near the Congo border. This was the first of many times along our journey where we were humbled by acts of humanity from, oftentimes, complete strangers—a juxtaposition from the atrocities occurring alongside the good.

It was on that particular drive that we were stopped at the checkpoint and given shovels and explicit orders to dig our own graves. After the negotiators convinced the guards let us go, we eventually made it to a family friend’s three-bedroom home in Gisenyi, where we stayed for a few months. But the war kept advancing, and the town was bombed. Again, we fled, leaving all our belongings behind.

This time to the Congo, where we were homeless along with thousands of others who slept on storefronts or lawns. Unsanitary conditions and contaminated drinking water led to a cholera outbreak that I couldn’t avoid. We had gone from a country where people were killing each other to a country where people were stepping over dead bodies in the streets. And little did we know, another genocide against Hutu people was about to begin where we were living, where hundreds of thousands of people we crossed the Congo border with would be killed.

We were rescued by an American who took us to Uganda to get visas so we could reunite with my father, who was living in Tennessee at the time. He had been with us in Rwanda until 1992 when the war seemed to be slowing down. It was then that he received a scholarship to go to school in the United States. He wanted to turn it down, but my mother convinced him that we would be okay, that the war was coming to an end. No one could predict the genocide that was to come.

After a failed visa attempt, we eventually made our way to Kenya, where we were successful and headed stateside. Little did I know, I wouldn’t be completely free of danger here, either.

I didn’t have many preconceived notions about the United States before I got here, but I quickly noticed disparities. We lived in North Nashville, which at the time was rundown—filled with housing projects, and constantly under police surveillance. I didn’t speak English yet, so I needed to attend a high school with an English as a Second Language program. That school ended up being in Green Hills, a wealthy neighborhood where police sightings were rare.

I immediately began to see the differences between the place where I learned and the place where I lived. While I was working as a waiter at a restaurant near the school, a white man, who later revealed that he was a cop, told me I should be careful as a Black teenager in the neighborhood. He said I should especially be cautious at night because I might get shot.

I didn’t fully understand what he meant until 1999, when Amadou Diallo was shot 41 times in New York City because he was reaching for his wallet. I thought those four officers would never be acquitted. Not in America.

But they were, and I understood what the white man in the restaurant was telling me.

I began paying attention—even more so after finding a book on Frederick Douglass. I had a job in the children’s section of the library where I went to college at Western Kentucky University. One day, as I browsed through the African American section, I picked up “Escape from Slavery: the Boyhood of Frederick Douglass in his Own Words,” and I couldn’t put it down.

Here he was, a child sold into slavery, and he taught himself how to read and write—two things that empowered him to shine a light on this crime against humanity.

His story inspired me to share my own. For years, people dismissed my story as fiction because it didn’t align with the popular narrative of the good guy versus the bad guy. The civil war and the subsequent genocides were much more complicated than that, and I knew telling my truth would help people understand what happened to real people during this time, beyond what was seen on the movie screen.

This inspiration prompted me to want to become part of the solution, a desire that led me to cofound the African Great Lakes Action Network with some friends. Our purpose is to raise awareness of the atrocities we went through as children. We believe that there must be justice for there to be peace, and for there to be justice, there must be truth.

The other side to my story is what’s happened in my life since I have lived in the United States. For years, many people have been denying that problems exist, using phrases like “Cops don’t go after good people.” And while I’ve never committed a crime, I’ve encountered these issues myself many times. One evening, for example, after I was pulled over for not having headlights on, three police officers pointed their guns at me. They went from searching the car to searching me to searching for drugs to saying, “This might be a stolen car”—all because I didn’t have my headlights on.

It’s moments like this that have spurred me to use my voice at protests, such as for Trayvon Martin, Michael Brown, and, more recently, George Floyd. It’s also why I cofounded the Black Lives Matter chapter in Nashville. It’s why I want to keep telling my story, so people know what the reality is of being Black in America so they, too, can play their part. 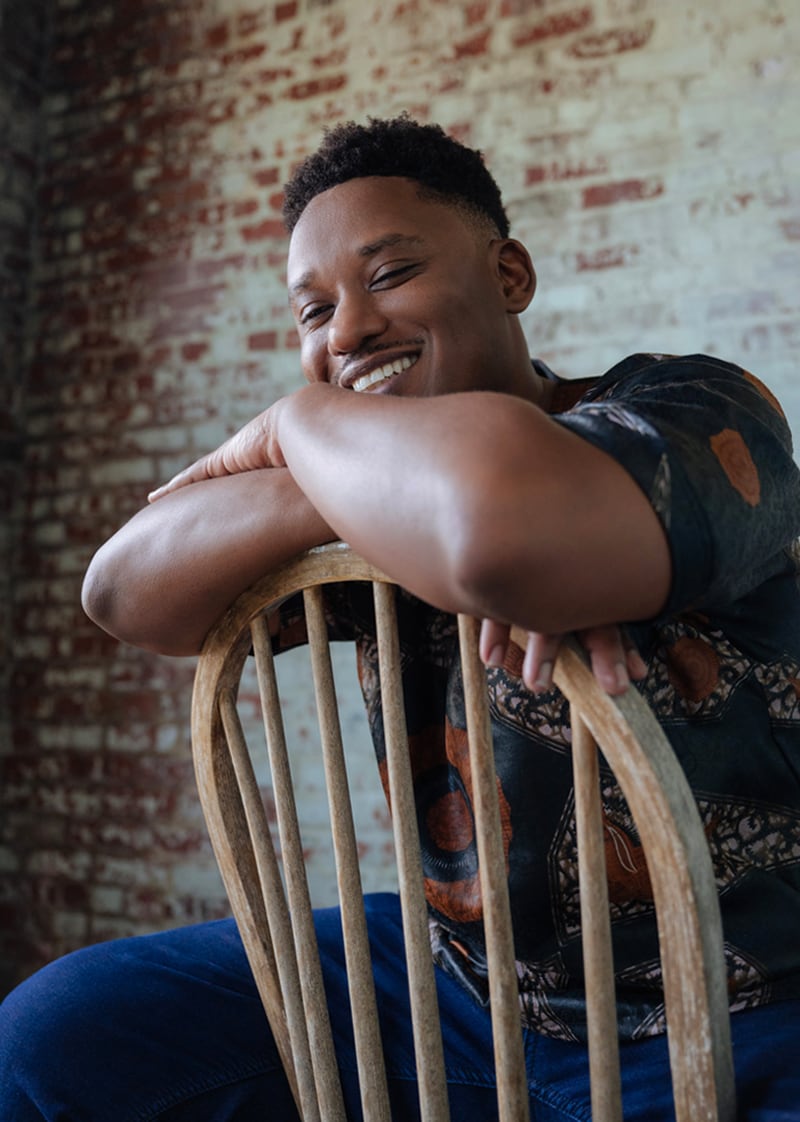 There is often this assumption that working at a place like Deloitte or making a lot of money shields people from experiencing inequities and racism. But being privileged is not just about where you work or how much money is in your bank account; it’s about living your life without worrying that there’s a police officer driving behind you or your family members.

I feel that some of the people I work with at Deloitte don’t often accept that this is just how I feel and don’t understand why I would hesitate before calling the police, even if I was scared. I sometimes hear comments at work like: “I don’t understand why these things are problems” or “I just want these issues to go away quickly.” But I think that’s the wrong mentality; we all need to be a part of the solution, or these issues will never be resolved. We’re now encouraged to have honest conversations about our experiences, and it’s our responsibility to accept the invitation and better understand one another.

In July, I reconnected with the man who saved me and my mom many years ago at the checkpoint. As I continue in my career, I strive to be an inspiring leader, one who also looks out for the best interests of people. Because I know that we can all be this man at the checkpoint who saved us that day. Here at Deloitte, we can all use our voices for good—and now is the time, when we are having tough conversations, to do it. This moment is our checkpoint.

The views and opinions expressed in this article are solely Claude’s own and do not necessarily reflect the opinions of Deloitte or its personnel.

"I hope to continue to be a leader that stands up for what he believes in and show, through my own story, that the Black experience isn’t the same for everyone, but instead an intricate tapestry of stories waiting to be told."

"I had seen with my own eyes, as a veteran and a Black man, the struggles people often have to overcome to find their place in the tech world. I wanted to help others, like those who have helped me."