My earliest memories are of living with my grandparents who were quite instrumental in my upbringing. For as long as I can remember, my grandparents always provided a place to call home and tried their best to fill any of the voids I was experiencing. They gave so much of what they had to others, and I never felt as though I wanted for anything when I was with them.

I have so many fond memories sitting at my grandmother’s table. I would watch her cook meals from breakfast through dinner, listening to her talk about life, how to treat people, and the importance of having faith in God. I would practice my cursive while she made homemade biscuits. In between sharing secrets on how to knead the dough, she would stress how important it was to focus on school.

My grandpa always emphasized that knowledge was something that people couldn’t take from you. Whenever he discussed going to college or learning a trade with any of his grandchildren, he would sternly say “go get that piece of paper” because he knew having that would open doors to opportunities that we wouldn’t have otherwise.

My family made sacrifices so I could get a private-school education in my early years, but I never had the same access and experiences as my peers from more socioeconomically advantaged homes. They got to have sleepovers and play sports and go on vacations, while I was made fun of for wearing hand-me-down uniforms because we couldn’t afford the latest styles. Even at a young age, I noticed a contrast between my lifestyle and those of others and slowly saw that difference applied to my appearance as well. 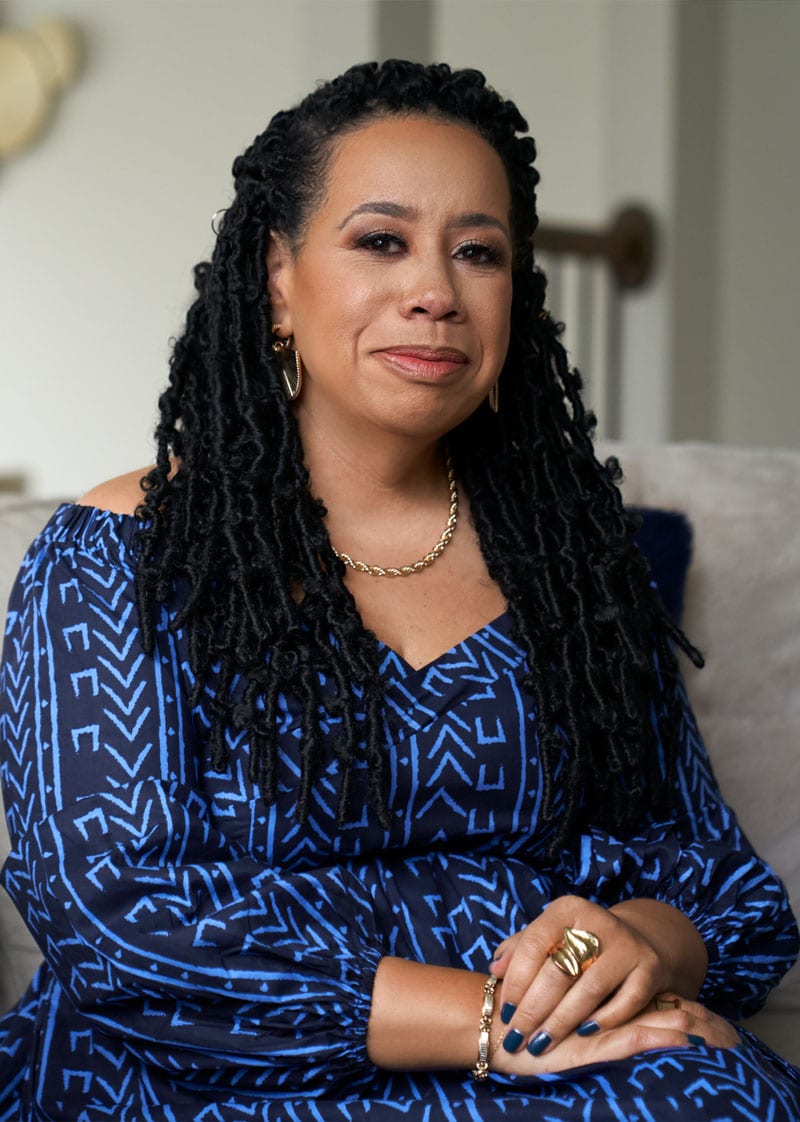 No matter what experience I was dealing with, my skin color became the focal point. Being light skinned with freckles raised a question I was tired of hearing: Are you mixed? “Mixed with what?” I would ask. I was confused because I was taught that Black people had varying hues and tones, shapes, and sizes—that we were not all the same. From grandmothers with skin lighter than many of the white people I knew to relatives with skin that glistened as though it had been kissed by the sun twice, my family had it all. While I could brush off the ignorance of thinking all Black people looked identical, I couldn’t shake what people thought of me because of it.

My brother and I were taught to speak clearly and distinctly. I took pride in that. I was usually selected to read special messages at church, and even won prizes at public speaking contests. While I thought this would demonstrate how hard I was working, it backfired. I was often called “Oreo” or told I was acting white. My Black peers would say I was trying to be better than they were. And white people would ask how I learned to speak so eloquently, as though it came as a shock. This continued well into my adult years where I mostly had white friends because I didn’t feel like I fit in with other Black people.

For years, I didn’t know where I belonged. And being in corporate America only made it worse. At a company where I previously worked, I was often the only Black professional—or one of very few—but none looked or spoke like me. As I engaged with clients, I thought I was selected to be on accounts because of my skills. But there were times when I was told the company wanted to demonstrate diversity, so they needed a Black woman in the room.

It’s hard to describe how I felt in those moments. I was insulted because my hard work had little to do with why I was being invited to attend those meetings. It was also a false representation because they wanted the company to seem diverse when that was far from the truth. But from the first time it happened, I made a commitment to myself that I was going to show up, demonstrate my capabilities, and make sure that the client wanted me on the account. I wasn’t just going to sit in the corner silently as a symbol of the company’s “diversity.” 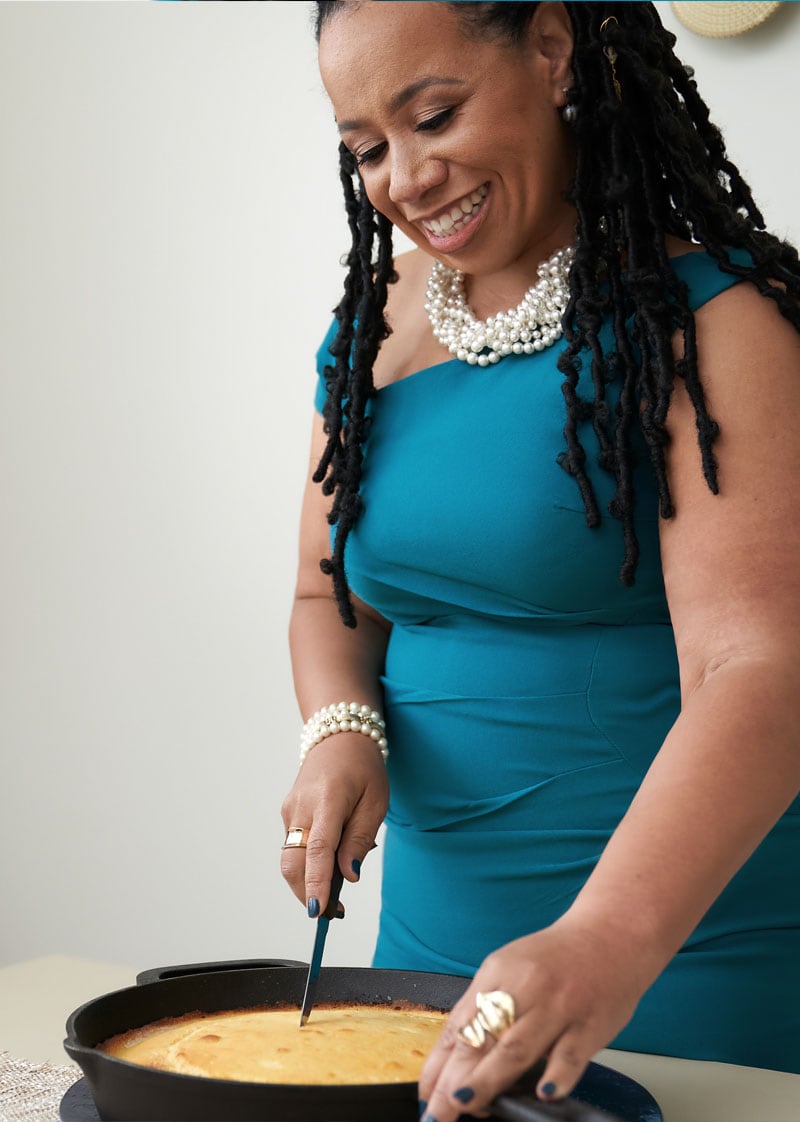 And although I tried to take control of those situations, it never got easier. Once I was even told I was a “safe Black” because I didn’t look, sound, or act Black. How do we sound? How do we act? Do you see us all as the same? I knew that I wasn’t what people were anticipating. I would often speak with a potential client on the phone and then—upon meeting them in person—they’d say, “you aren’t what I was expecting” or something as insulting as “you speak so well for a Black girl.” The generalizations of my culture infuriated me, but how could I speak out when I felt uncomfortable in my own skin?

Eventually, I stopped focusing on what I looked like or what people thought about me and directed my energy into work and social impact. I was no longer playing a role to make other people feel comfortable or combat stereotypes. I stopped trying to convince others of my value and focused on how I saw myself. I was finally feeling like I had found my voice and was being my authentic self—someone who wasn’t defined by color. Until I received my next performance review.

My manager asked if I was hanging out with a bad crowd because I wasn’t the same Tahlia they had grown to love. I was told that I didn’t seem as “perky” as before. That I sounded angry or aggressive when pointing out information. I was shocked, offended, and hurt. It was a clear correlation that the changes I had made to find comfort in myself were now being framed as having an angry disposition.

I reflected on things I said in meetings and to colleagues, always thinking about how I would extend myself to others, support the work of my team members, and position my direct reports for success. Yet, for the very same behavior I had watched my white colleagues exemplify, I was being told by managers that I needed to be careful not to come off too strong. Soon I realized that I was only accepted when I played the part that was safe and comfortable for others.

I didn’t feel like I could relate to people who looked like me or be accepted by others unless I perpetuated this anti-Black image. I felt like I was in an ethnic purgatory. Who was I? Where did I fit in? I decided to play both parts like I was a in theater production: I’ll be whoever you want me to be. And again, for years, I allowed others to dictate how I presented myself.

There were whole portions of my childhood that I wouldn’t dare speak of in personal or professional settings because it exposed too much of my core, and people would immediately pigeonhole me into being “less than.” I was a master at code switching so much so that a few of my friends would refer to me as “presenter Tahlia” when I would turn on my professional persona. I was in denial and exhausted.

Today, I wear my experiences like a badge of honor. While I’m still a private person and only share when I feel safe, I use my past to drive my commitment to give back in my community, on my team, and to those I’m able to influence. 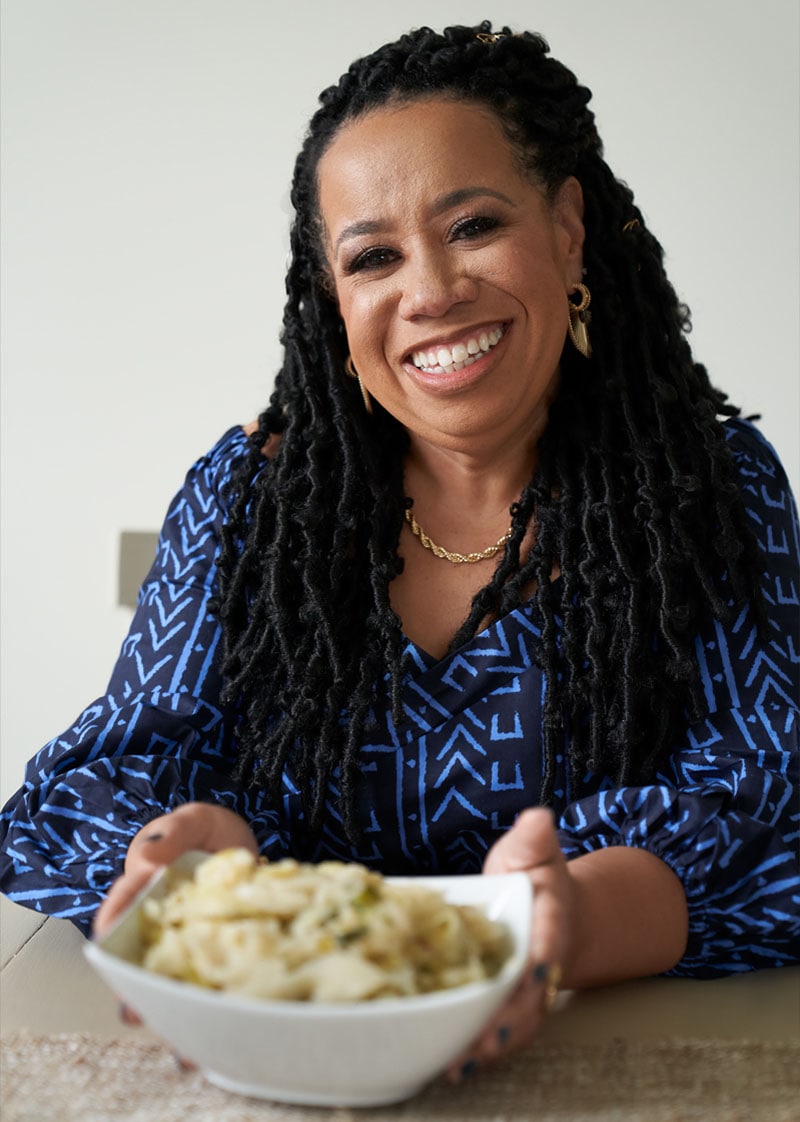 Then one day I met a young lady whose story resembled mine: She grew up in a low-income neighborhood, was a star student, and was looking for a support system to help navigate life’s challenges. She asked me to be her mentor, and I said yes. However, it was in that moment that I realized I couldn’t help and appropriately influence anyone if I wasn’t true to who I was.

It took a lot of work to overcome my imposter syndrome, but it opened an avenue that I don’t believe I would have been able to find otherwise—and that’s through my work in mentoring and professional development. Knowing that if I had more coaching at an earlier age, I may have been able to avoid some of my missteps but also find value in who I authentically was.

But now armed with a greater sense of self and confidence in who I was, I set out to define the next chapter of my career. I wrote a list of professional goals for myself, including the type of challenging work I wanted to perform, the talented people I would want to partner with, and the global opportunities that would provide additional exposure.

Once I began looking for organizations that would align to that list, I thought about some of the people who had influenced my life. Reaching out to them, many had either worked for Deloitte or highly recommended the company as a place to consider. While conducting my own research, I was in awe of the leading presence Deloitte has in the marketplace in technology and the advancements being made using data, artificial intelligence, and automation

But most of all, what drew me to Deloitte was its commitment to people. The programs offered to support its employees were vast, and I knew that I would have unmatched opportunities to define my own career. And all of that has been true. I work with some of the most phenomenal people across the organization, and my leaders exemplify what it means to create your own path. Deloitte has provided me with a transformational growth experience that stretches my mind and challenges me to rise to the next level.

Today, I wear my experiences like a badge of honor. While I’m still a private person and only share when I feel safe, I use my past to drive my commitment to give back in my community, on my team, and to those I’m able to influence. People often ask me why I am passionate about coaching and setting others up for success. It’s because I want other women, especially Black women, to be empowered to define their own narrative, rather than have someone else create it for them.

I pride myself on leading with integrity, demonstrating authenticity by sharing vulnerabilities, and developing transformative leaders. I’m constantly looking for ways to foster a culture of comfort that allows people to be who they are, while sharing leading practices and my own experiences on how to cultivate meaningful relationships.

I think back on my interview at Deloitte and how I wore my big curls like an afro and gave the panel the real Tahlia. I love where I am today. Recognizing that our organization has made progress, but there is more work to do, I am committed to helping shape this space where everyone is valued for their ideas, experience, and culture.

Now no matter how you see me, what you see is what you get. And I’ll never go back.

The views and opinions expressed in this article are solely Tahlia’s own and do not necessarily reflect the opinions of Deloitte or its personnel.

"Over the years, I have taken the time to get to know who I am, and sometimes have to remind that person inside that it’s okay to make mistakes, it’s okay to be a bit different."

“Every day, I consider the person I want to be for those who come after me.”