“When someone tells me I can’t do something, it only motivates me more to prove them wrong.”

When I was in high school, I was told nothing would come of me. My guidance counselor told me I’d probably never go to college, and that my only chance would be through an athletic scholarship—if that. Little did he know, I would not only graduate from college but go on to work with one of the largest professional services firms in the world.

But it wasn’t easy to get to where I am today.

My father’s unwavering resolve and commitment to living each day to make a better tomorrow is a cornerstone of who I am. I credit my success to a series of calculated decisions about what matters most to me and a strong sense of doing right by my family.

My parents immigrated to the United States from Jamaica in the 1980s, and my father raised us on an income earning less than $4/hour working on a farm in upstate New York. Over the years, the harsh working conditions took a toll on his health. After multiple surgeries to fix a herniated disc in his back, he became permanently disabled. Unable to work, he was let go after 15 years. In order to do my part to help, I got a job at McDonald’s. I was 14.

My family knew nothing about college, and my parents only had elementary and middle school educations. So when the time came for me to think about it, I didn’t know what to look for. I knew that I wanted to stay close enough to my dad to help take care of him, so I applied to business schools within a reasonable distance.

With acceptance letters in hand from Cornell and Villanova, I marched into my guidance counselor’s office to show him just how wrong he was.

He didn’t even remember me or what he said. But I sure did—and still do. People don’t realize the impact their words can have on others, especially at a young age. Words mattered then, and they matter now. 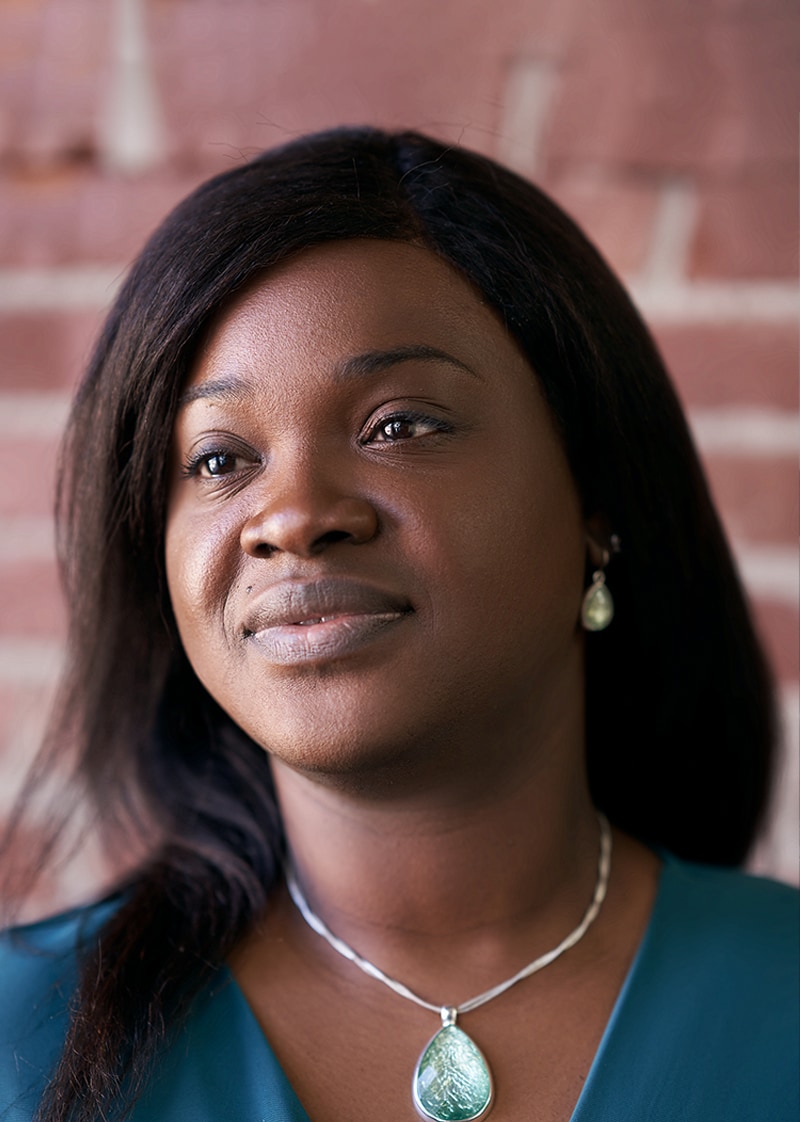 Villanova basketball hall-of-famer, Kerry Kittles, first put the university on my radar. I’m a huge basketball fan and instantly felt an affinity for the school. It was close enough to home, but far enough that I could feel independent. Based on a professor’s suggestion, I double-majored in finance and accounting for two main reasons: I wanted to go into business, and I wanted to be sure I had a reliable career so I could pay back my student loans and take care of my parents when the time came.

I found it immensely difficult to adapt and relate to my peers when I started. As someone who ate nothing but Jamaican food her whole life, switching to offerings like burgers, pizza, and fries were a shock to my system. I wound up losing 15 pounds my freshman year.

I felt like there was a lack of diversity at the school, but that was also one of the reasons I chose to attend. I felt that, in order to be successful in my professional life, I needed to get comfortable being surrounded by people who didn’t look like me. And that still applies today.

One day, a Jamaican cafeteria worker overheard me on the phone complaining to my dad about the food. She smiled, and from the next day forward, she would bring me jerk chicken or jerk pork, and even plantains. She also introduced me to her son, who worked on campus as a security guard, and his wife, who worked at the bookstore. They helped re-ground me in a community I could call home. She gave me a sense of much-needed comfort and familiarity and the courage to charter a chapter of a historically black sorority—Alpha Kappa Alpha Sorority, Inc.

In many regards, she was the guidance counselor I never had.

After that, it became easier to embrace everything around me, and I started to realize just how much impact one person can have on your life. The choice lies in the kind of impact you want to make. That’s an attitude that’s carried over into my professional career—and a lesson no school can teach.

Over the years, I have taken the time to get to know who I am, and sometimes have to remind that person inside that it’s okay to make mistakes, it’s okay to be a bit different.

As a Black woman, I’ve had to learn a lot of hard lessons. I have to think a lot about how I present myself to the world.

I often worry about how people will perceive what I’m trying to convey, which can make it hard for me to speak up about my needs. However, if I don’t speak up for myself, it can open the door for others to speak my truth, and if I let other people’s voices start to overshadow my own, it weighs very heavily on my well-being.

I have learned to listen to my own voice and give myself the grace and the space to trust others enough to communicate what matters to me.

It took some growing pains to get there.

My dad lived by the idea of putting people at the center of everything you do. I subscribe to that, too—both personally and professionally. When you put people first and set an example of empathy and trust, everything else can fall into place.

In an environment like Deloitte, full of strong, influential leaders making a concerted effort to build a culture of diversity, equity, inclusion, and mutual support, I believe the truest measure of success lies in how people experience things on a personal level.

Around the time of the murder of George Floyd, my then-14-year-old son’s English teacher gave her students a homework assignment to write about what happened. I would describe my son, Michael, as a “gentle giant”—someone who, like his mom, puts the weight of the world on his shoulders. I was surprised when he came to me. Writing is his strong suit, and he never once ran his English assignments by me; however, this time, he asked, “Mom, can you read this essay? I don’t understand how you can treat somebody like an unwanted dog and think that that’s OK. He is a human being first.”

As a mother, the most painful thing for me was not being able to give my son an answer. There was nothing I could say in that moment that could soothe his pain.

The moment he left the room, I closed the door, and tears began to roll down my face. This was my son, who hears from me that he may look different, but that’s he’s a person, too, whose life is worth no less than anybody else’s and that his unique gifts are just as valuable. There was nothing I could say to him that would make this OK. There was nothing I could say to myself that could make what happened make any sense.

The day after, I had a meeting with several colleagues. Many of my team members knew me personally. Some had been to my home and I to theirs. We celebrated milestones together and frequently discussed our families.

However, on that day, not one of them asked how my boys and I were doing. Later in the meeting, another Black woman called them out on their silence, and I then received an outpouring of well wishes and support. I would find out later that they were afraid to speak up, single me out, offend me, or say the wrong thing. It was as if they felt like they needed to be given a platform to check in—a platform that was not needed in any other aspect of our personal or professional relationship.

That’s the thing about trust, kindness, and empathy: They are always welcome.

DEI is one thing when leadership says it, and another when you experience it on an interpersonal level. I’ve been very lucky to meet people along the way who live by its tenets, are willing to stand up, set an example, reach out, and put their foot down when they see injustice, and give you a bear hug when you need it. Some of those people I met at Deloitte, but there’s still more work to be done. 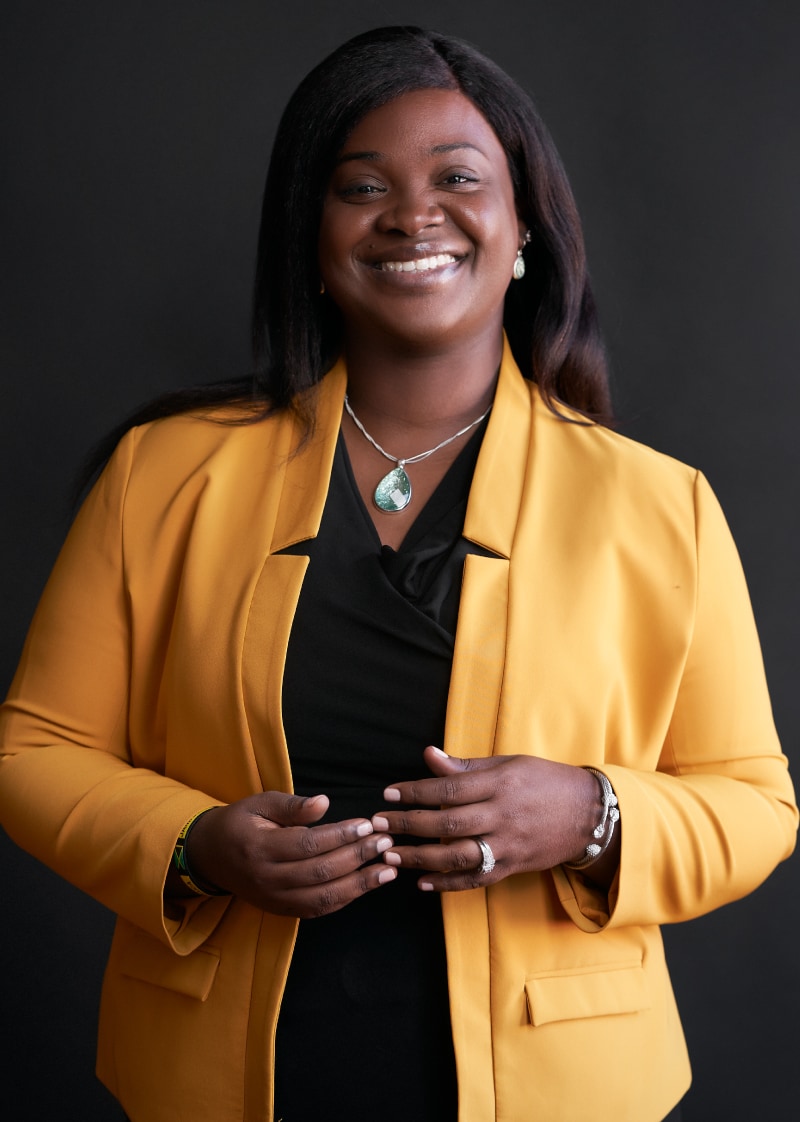 When I was first asked to do this story, I didn’t think I had much to share.

When you grow up in a Caribbean family, you learn to keep your home life at home. I tend not to let people in, not bring my home life to work, and just smile through it. However, I don’t think that’s healthy, especially when it’s so easy for your personal life to seep into your work life and influence how you interact with—and trust—others.

One of the reasons I love Deloitte is because I never have to choose between being who I am and being successful in my career. I can do it all. As a senior manager, wife, daughter, and mother to four Black sons, I want to set an example of trust, honesty, and compassion—and light that same fire under them that was lit under me all those years ago.

The views and opinions expressed in this article are solely Tannisha’s own and do not necessarily reflect the opinions of Deloitte or its personnel.

How did someone like that manage to enter our organization and provide a verbal attack on a diverse practitioner? That question drove me to figure out how I would prevent something like that from happening ever again.

“I think people need to start recognizing that the United States doesn’t educate us to be racially aware—and definitely not to become change agents for racial equity.”