Don’t shy away from the things that make you different. Because those are your superpowers.

I try to live by that philosophy every day. Especially as a gay Black man from the hills of east Tennessee.

But when I first came to Deloitte, I was so afraid to be open about who I was. It’s harder to cover your Blackness because it’s so visible. But being gay adds another level of complexity.

There were so many times when I overindexed on the things that might prevent someone from figuring out I was gay. I went out of my way to talk a lot about sports and other things that many in our society deem more “masculine.” But all the thought and energy that I put into covering up that part of myself could have been put into so many other things at work.

I originally thought that I might be counted out for being gay. But some of the most impactful relationships during my career so far have come from me sharing that part of myself. When you finally let go of that fear and tell your own story, it is so liberating. And it’s created a space for others to open up to me in return. 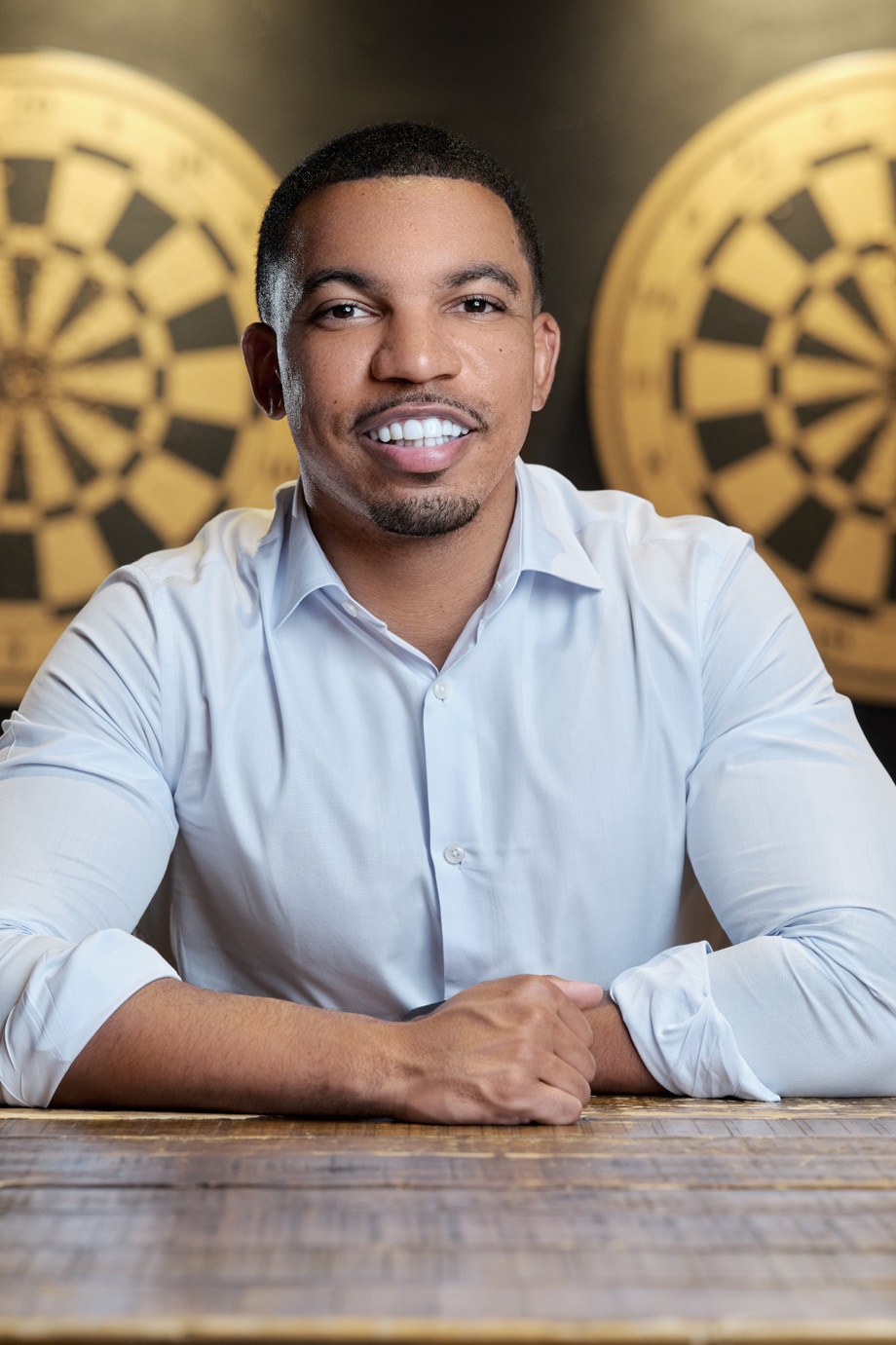 I grew up in a small town that’s home to more livestock than people. Jefferson City wasn’t the most diverse place in Tennessee, but everyone who lives there is like family.

Although I spent the first 18 years of my life in that same small town, it wasn’t until after I moved away for college that I realized how little I knew about the community—and even some of my closest relatives who lived there.

One Thanksgiving, my family gathered to listen to my grandmother tell stories about her childhood and how she and her friends would walk up “Jay Bird Hill” every morning to attend the only all-Black high school in the area. It dawned on me that I was just finding out these things about her. I felt like I’d missed out on 26 years of life lessons and stories. Why hadn’t I asked her these questions sooner?

I quickly realized I needed to figure out a way to capture these conversations and preserve them—not only for myself, but also for future generations. That led me to start Project Let’s CHAT: a community project focused on preserving the history of east Tennessee.

Project Let’s CHAT has given me the opportunity to connect with hundreds of people in my hometown. And the one thing that’s stuck out to me the most is how much passion people have for storytelling.

By sharing my own story, I realized that Project Let’s CHAT and this Uncensored series have a lot in common: they both offer people who might normally fall under the radar a platform on which to share their stories and have their voices heard.

My story really begins when I stepped foot on the Vanderbilt campus. And even though Jefferson City is only three hours away, it was like stepping into an entirely different world.

Looking to expand my perspectives, I enrolled in a class my freshman year on the topic of the “bottom billion,” a reference to those who live in the poorest countries in the world. The course culminated in a month-long trip to Kenya, where I was able to teach classes on leadership at an all-girls boarding school.

Based in the rural community of Limuru, the school was founded after extreme violence in Kenya displaced thousands of its citizens. Even though the people of Limuru lived a very tough life, you would never know it. The feeling of community was like nothing I had experienced before. It seemed that all they needed was each other.

My time in Kenya taught me just how powerful a role education can play in breaking the bonds of poverty. I was able to see this firsthand through the girls at the boarding school and through navigating my own lived experience growing up in Jefferson City, TN. After my trip to Kenya, it became clear how important it was for me to find a career that would allow me to make an impact on the greater good. But I had some hesitations at first about whether that was possible working with commercial organizations.

When I started full-time at Deloitte, I was lucky enough to be placed on a project with a state government. Even though the work I was doing day in and day out was similar to what any other consultant might be doing, I was able to empower workers in the field to more effectively distribute health care and Medicaid benefits to citizens. I liked being able to see how my work was affecting the communities around me.

What cannons are sitting in your front yard? And how might they be preventing you from opening the door to make those around you feel more comfortable and included?

But it’s not just important for me to make an impact for those outside the walls of Deloitte. I also want to be the kind of leader who looks for opportunities every single day to elevate the voices of the people on my team and create a more inclusive environment for everyone around me.

One of the fraternities on campus was seeking to increase its number of non-White members. After putting more effort into outreach, they still couldn’t figure out why they weren’t able to make that happen. It turned out the primary reason Black students didn’t want to pledge this fraternity is because they had an old cannon sitting on their front lawn, which symbolically ties back to slavery and the Civil War. The members in the fraternity did not immediately see the connection between the cannon and its racist origins, so it was a major blind spot for those in the fraternity.

Since then, I’ve kept that story in the back of my mind and often wonder what other “cannons,” or blind spots, might exist around me.

What cannons are sitting in your front yard? And how might they be preventing you from opening the door to make those around you feel more comfortable and included?

There are so many times in my life where I’ve been the only one. After all the progress we’ve made as an organization, I still find myself in meetings where I’m the only Black person, even when there are dozens of other practitioners on the line. People might not notice that it bothers me, but at times the feelings of being an outsider prevent me from fully showing up and sharing my point of view. 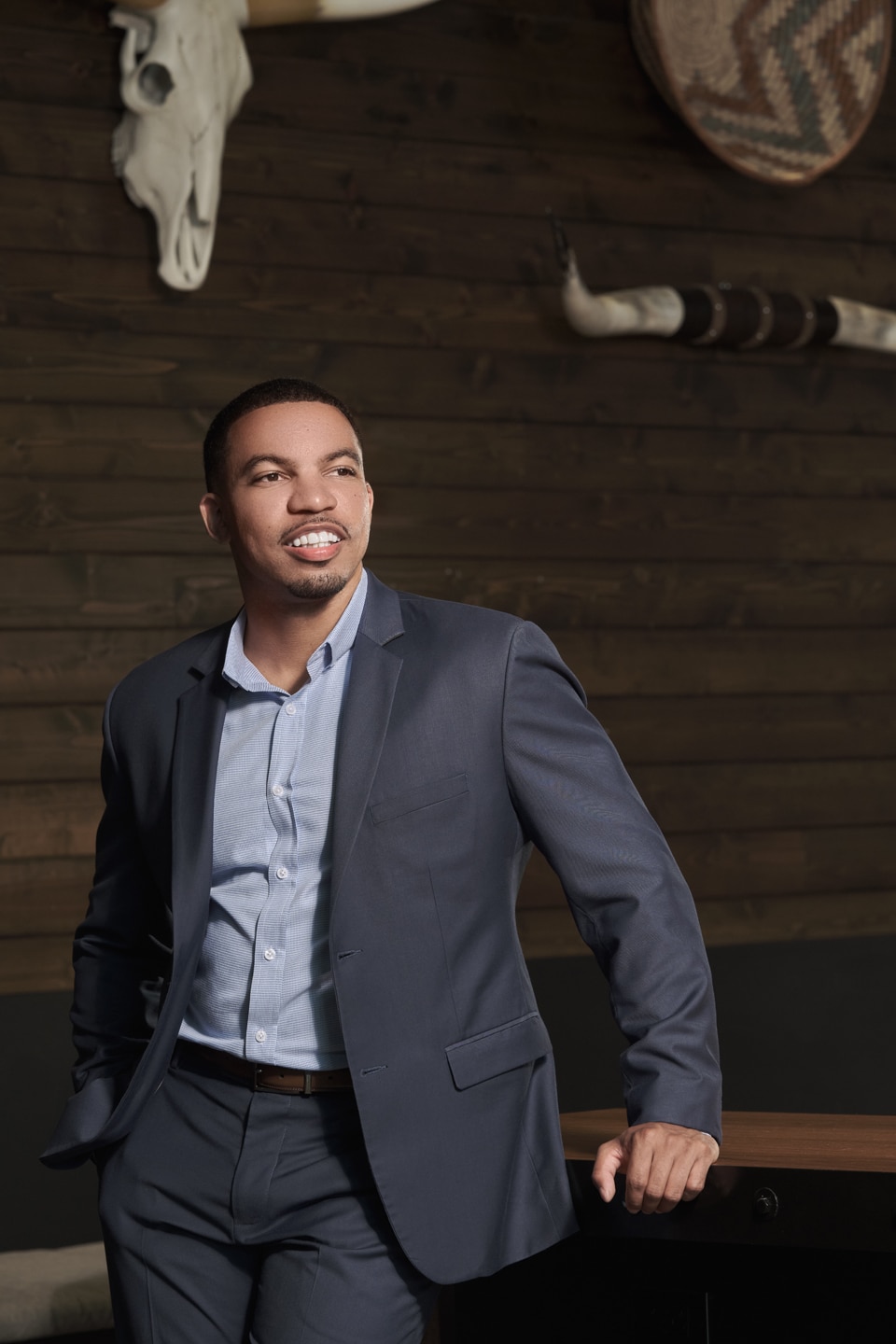 If you struggle to understand what that feels like, think about it like this. While in school, one of my White friends asked if he could join me at church to see what other sermons were like. I mentioned to him that I went to a Black church and that it would be different from what he was accustomed to. Throughout the service, I could tell something was bothering him. He seemed uncomfortable and didn’t have his usual energy.

So after the service was over, I asked him about it. He said that he could not put his finger on it, but he felt off for some reason. He was unable relate to the songs, to the message from the pastor, or to those around him. He felt like an outsider. Like he didn’t belong.

The lightbulb went off for him. He asked me if that’s what every day must be like for me: constantly surrounded by people who don’t look like me. Always feeling like an outsider.

I asked him to reflect on how he felt in that moment and imagine how hard it would have been for him to actually get up and lead the sermon in front of a congregation where he feels like an outsider. That’s what it’s like for me to lead a meeting or client workshop when I’m the only one in the room who looks like me.

The views and opinions expressed in this article are solely Trey’s own and do not necessarily reflect the opinions of Deloitte or its personnel.

“Over the years, I have taken the time to get to know who I am, and sometimes have to remind that person inside that it’s okay to make mistakes, it’s okay to be a bit different.”

“Through my own experience, I’ve learned the value of kindness and grace—because you never know what someone is dealing with behind closed doors.”