Divestiture analytics for M&amp;A modeling has been saved

Divestiture analytics for M&amp;A modeling has been removed

Divestitures are increasingly critical for how businesses unlock value. Learn how you can lead through mergers and acquisitions, navigate risks and opportunities, and disrupt in your industry with divestiture analytics.

Think about a personal relationship that you’ve put all your heart and energy into, and it still doesn’t work out. And then you realize that you’re the problem.

In the business world, it can be similarly difficult to recognize that a part of your business that you really like and have put a lot of capital and energy into is better off owned by someone else. “Or put another way, that it’s worth less when run by you,” says Will Frame, managing director, Deloitte Corporate Finance LLC.

Not so long ago, divesting a business typically resulted from one of two scenarios: a fire sale due to a company being in dire need of cash or going out of business; or for portfolio realignment purposes, with underperforming businesses pruned. That has changed in recent years. In 2015, according to Deloitte’s “Divestiture M&A news: 2015 Q4 recap,” 12,701 global divestitures represented nearly 40 percent of all merger-and-acquisition (M&A) activity worldwide as businesses looked to identify value and investor activism became the norm.

So what changed? Activist investors are no longer just outsiders who aggressively stir the pot. Activist styles of investment have been incorporated by many investors in almost all public companies. “It’s no longer an exception,” says Frame. “It’s the rule to have questions or pressure on performance at any company, not just those that underperform. So many boards are dealing with this proactively rather than waiting for the shoe to drop. They’re focusing on what the company does best and maximizing value.”

Companies used to combine and then shed underperforming businesses down the road. But today’s forward-thinking companies are instead using advanced analytics tools as part of their divestiture process. Data analytics can aid in determining which material parts of combined businesses should be divested and then incorporating this knowledge into the acquisition or merger strategy. In these scenarios, divestiture analytics help a business get ahead of issues, describe what it does well, focus on the value that can be achieved, and avoid being surprised by things down the line.

“A divestiture used to be something that was done in the background, which didn’t get a lot of play from companies or press coverage,” says Andrew Wilson, partner, M&A Transaction Services for Deloitte & Touche LLP. “Carve-outs were a necessary evil. Now they’re increasingly a critical part of how businesses, and more importantly investors, unlock value.”

The potential tax efficiency of a divestiture can be one key value driver. In particular, a tax-free spinoff where neither the divesting company nor the shareholders pay tax could be a significant benefit to an overall deal—and can often be the difference between going forward or not. Yet the potential value of divesting a business can come with complication and risk.

The upside? Consciously taking on the risk of divesting or acquiring part of a business, while understanding the value that the transaction creates, can enable leaders to focus on their companies’ strengths, gain competitive advantage, and ultimately create value. In the end, the cost to separate and stand up a unit must be justified by the numbers. 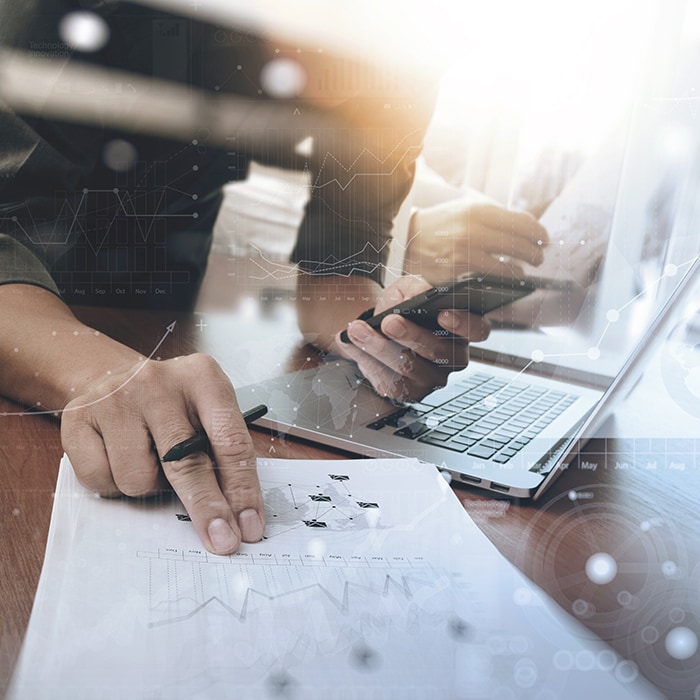 In this climate, a strong divestiture analytics strategy is more important than ever. It’s rarely easy to get a complete understanding of the business being divested—especially in the many instances where the business being carved out never existed as its own entity before. Absent that understanding, knowing what the business will look like post-spin or post-sale can be next to impossible.

Evermore robust and detailed data analytics are now helping to provide a much more granular view. Take the example of a business that’s currently just a series of product lines spread throughout an organization. Armed with the proper data, a leader can acquire a far better understanding of cost structures, sales, customers—and help determine if there is value in spinning it off.

“We’re using analytics tools to quickly model what the organization could look like as a spin company,” says Anna Lea Doyle, principal, Deloitte Consulting LLP. “In our org-design tool, for example, we’re able to do various scenarios based on the number of employees coming from certain functions to go with the spin company.”

Beyond just a simple headcount, these tools also allow business leaders to forecast, among other things, what labor costs might look like with the associated fully loaded benefits. Leading-edge analytics can produce scenario-based analysis for everything from operational costs and P&L to supply chain. It’s no wonder that a recent “Deloitte M&A focus on: Analytics” survey of 500 corporate executives reported that more than 80 percent view data analytics as increasingly important for M&A. 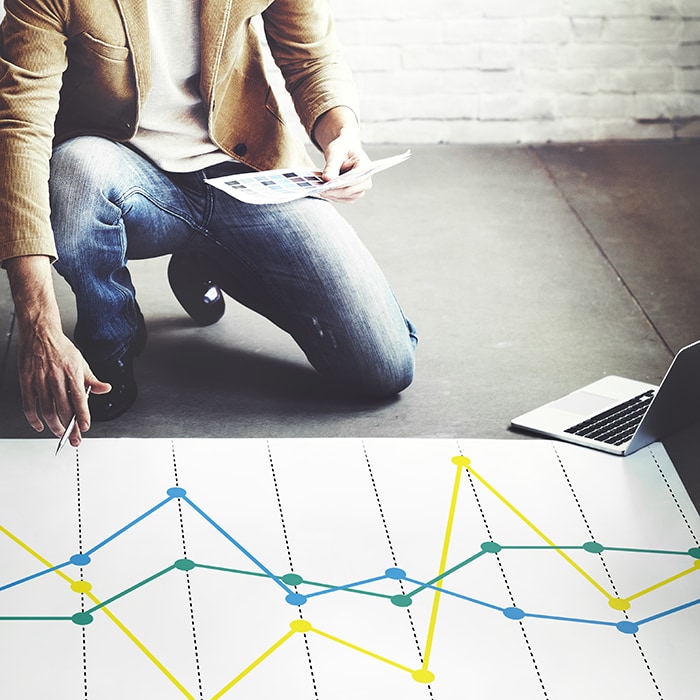 “To capture whatever situation is in the market today, speed is critical,” notes Wilson, and Deloitte’s tools have helped accelerate the efficiency of the evaluation process for investors and company CEOs alike. Too many first-timers get involved in divestitures under the misperception that they can be rushed through. But it’s worth underlining: Extracting a business out of an existing company is no simple feat.

Companies aren’t built with divestiture in mind; rather, they strive to create synergies between their various business units. These units intertwine with each other and with corporate, and they aren’t so easily untangled. Doing so in the name of a carve-out or divestiture comes with an investment of time and money, no matter how voluminous the underlying data, or how efficiently and thoughtfully it’s crunched.

Think you’re going to spin off a business unit and take it to initial public offering in three to six months? Think again—and think about, among other challenges, its deep reliance on shared services on the back end, such as finance, tax, and IT.

“If you want to shorten the divestiture process, there’s often a price tag to that, especially in a carve-out situation where you’re selling to a buyer,” says Wilson. “However, compared to five years ago, you can quicken the pace of the process with the tools that Deloitte has developed. That can provide a significant advantage to our clients when we work with them.”

Thinking things through in advance is never as easy as it sounds. But with richer, more detailed data and better computational power, divestiture analytics is simplifying the task. It’s also beginning to fundamentally alter both the value of deals and the way divestitures are being done—allowing leaders to embrace complexity and use risk to accelerate performance. 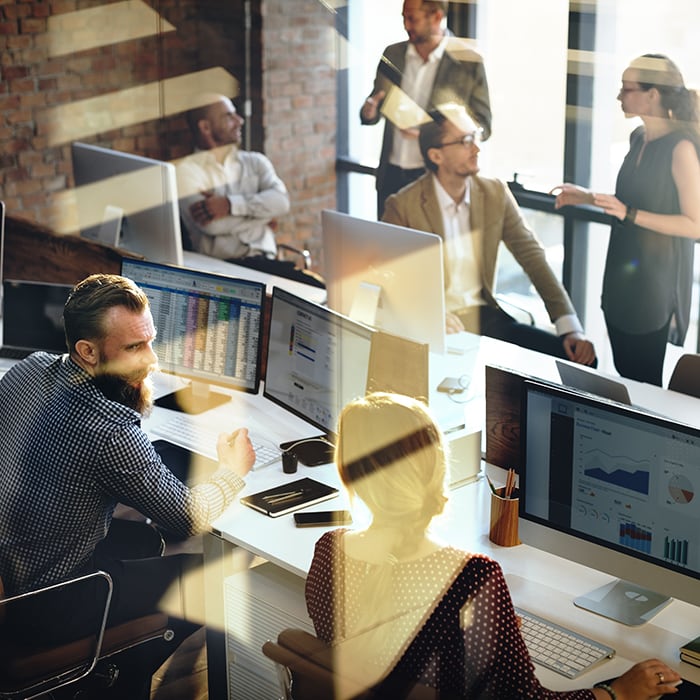 About Deloitte
Deloitte refers to one or more of Deloitte Touche Tohmatsu Limited, a UK private company limited by guarantee (DTTL), its network of member firms, and their related entities. DTTL and each of its member firms are legally separate and independent entities. DTTL (also referred to as “Deloitte Global”) does not provide services to clients. Please see www.deloitte.com/about for a detailed description of DTTL and its member firms. Please see www.deloitte.com/us/about for a detailed description of the legal structure of Deloitte LLP and its subsidiaries. Certain services may not be available to attest clients under the rules and regulations of public accounting.

Deloitte Corporate Finance LLC, registered broker-dealer and of FINRA and SIPC, is an indirect wholly-owned subsidiary of Deloitte Financial Advisory Services LLP and an affiliate of Deloitte Transactions and Business Analytics LLP. Investment banking products and services within the United States are offered exclusively through Deloitte Corporate Finance LLC. For more information, visit www.investmentbanking.deloitte.com. M&A services that are not regulated by FINRA are offered by the DTTL network of member and their related entities. “Corporate Finance” refers to corporate finance practitioners across DTTL’s network of member and their related entities. Copyright © 2017 Deloitte Development LLC. All rights reserved.

Andy, a partner with Deloitte & Touche LLP, leads Deloitte’s US M&A Seller Services practice. He specializes in providing accounting and financial due diligence and structuring services, focusing on d... More

Anna is a principal in the Merger & Acquisition Consultative Services practice with Deloitte Consulting LLP and leads the US divestiture service offering. She has more than 18 years’ of experience and... More

Will is the Americas leader for Deloitte Corporate Finance LLC (DCF). He also leads DCF's Industrial Products Group. Now based in Chicago, Will has worked professionally in the US, Europe, and Asia an... More

Timely topics without a shelf life