Cybersecurity for government additive manufacturing has been saved

Cybersecurity for government additive manufacturing has been removed

Additive manufacturing and cybersecurity: As explained by the Jesus nut

The implications and potential benefits of additive manufacturing, or 3D printing for government, are both widespread and significant. For example, 3D printing has the ability to put much-needed repair parts in the hands of our military field maintainers, expediting mission critical repairs that keep our armed forces and their equipment ready. In the narrative below, we seek to illustrate why 3D printing could become so vital in the field, and why cybersecurity must remain a top priority as 3D printing and additive manufacturing become more commonplace throughout the Department of Defense (DoD).

The Jesus nut: A narrative

Imagine a CH-53 Sea Stallion helicopter lurching towards the ground. A pilot, let's call him Major Romero, a veteran of both the wars in Iraq and Afghanistan, notices the terror in his co-pilot's face. The vibration in the rudder pedals is intense and all Major Romero can think about is keeping the heavy-lift helicopter from crashing into the mountainside ahead. Searching through his pants' cargo pocket for his emergency flight checklist, Major Romero hears a sudden snap that erupts through the body of the aircraft. Out of the corner of his eye, he catches a glimpse of what looks like the main rotor sailing forward of the aircraft. The vessel begins to twist in a freefall. Luckily, due to its very low altitude, everyone onboard survives the hard landing.

Once back on base, Major Romero learns that his aircraft suffered a catastrophic mechanical failure of the "Jesus nut," a screw-on, lynchpin-secured nut that sits atop the aircraft. Further investigation reveals Romero and his co-pilot are just one crew of many in recent weeks who have suffered non-fatal hard landings with their aircraft. The parts all appear to be made through 3D printing, and Romero is suspicious. He believes that the 3D printing shop has become vulnerable and may have been hacked. This dramatic rise in non-fatal accidents has called the reliability of blueprints, 3D printing instructions, and testing verification all into question.

Jesus nut is a colloquial term for the main rotor retaining nut, a piece of hardware that sits atop the aircraft acting as a single point of contact between the spinning rotor blade and the airframe below. In certain helicopters, the Jesus nut is the only thing that keeps the rotor attached to the aircraft. Military lore has it that the name comes from soldiers in Vietnam who remarked that if the part failed, the rotating blades that keep the helicopter in flight would spin right out, and there'd be nothing left to do but pray.

This part and its associated lynchpin are steel products that are manufactured with relative ease. The remote environments military helicopters oftentimes operate in, however, can complicate the delivery of replacement parts and effectively delay critical repairs.

If the Jesus nut fails on the helicopter, it's out of commission. This means that humanitarian aid for disaster relief operations never reaches its destination. It means soldiers taking fire from violent extremist groups have one less way of evacuating their wounded. And in a worst-case scenario, it could mean the loss of life.

For those helicopters operating in dangerous or far-off places, replacing this part is entirely dependent on the speed and accuracy of a supply chain that historically hasn't been as responsive as required. Thanks to additive manufacturing, or 3D printing, however, this no longer has to be the case. 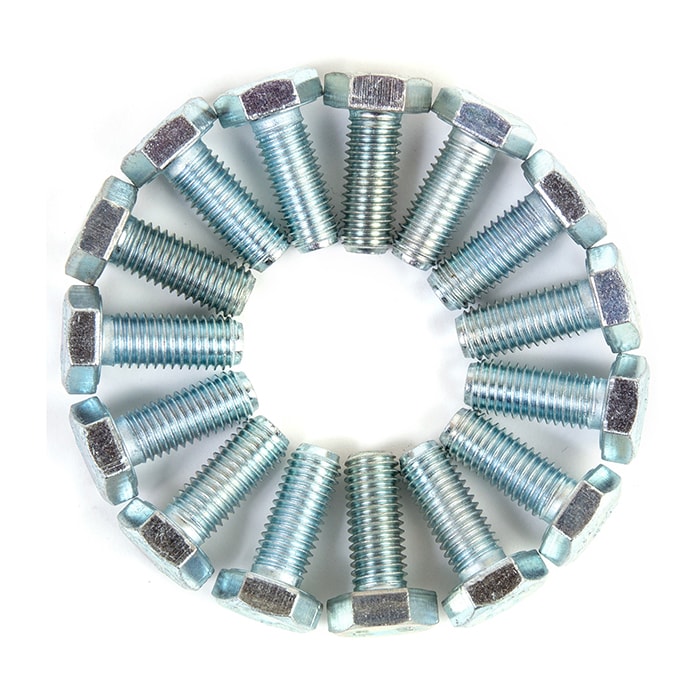 Additive manufacturing allows parts to be printed where they are needed, replacing physical delivery of material with digital instructions that can be transmitted instantly to machines co-located with the aircraft and the military has begun adapting it because of this utility and ease. As this flexible 3D printing process has developed and improved, it has become even more crucial to guarantee the security of the supply chain, blueprints, printing, and testing.

There are several components to the supply chain and printing process that are susceptible to compromise and counterfeiting. Each one can cause the catastrophic failure of the end product and put lives and equipment in danger or serious peril without the consumers' knowledge. The dependence on quality controls and integrity continues all the way up the supply chain to the raw materials.

In the digital age, with the dependence on sharing digital files throughout the manufacturing process, each phase of production is now a potential entry point for attackers or saboteurs. In order to verify where the compromise comes from, investigators must evaluate the entire supply chain from the final product to its raw material sourcing. Without the due diligence of those trusted agents, the current systems and processes alone cannot guarantee the safety and integrity of the product, or ultimately the personnel who produce and use them.

As new digital technologies are adopted to improve the efficiency and effectiveness of the supply chain, cybersecurity must be top of mind. The integrity of the involved systems are placed at risk and present a new vector for attack by adversarial nations and actors. If security becomes an afterthought—a thing bolted onto the additive manufacturing process instead of integrated into it—it could create the cyber equivalent of a Jesus nut, where security is provided on a wing and a prayer.

This is one lesson that Major Romero and his crew would never forget, and, if we learn from this story, one that other crews will never have to learn firsthand. The future of defense and national security with Nathan Houser