Unlike its politics, Australia’s economy remains on a steady trajectory. Six changes of prime minister in as many years (including the most recent replacement of Malcolm Turnbull with Scott Morrison) would suggest something is amiss Down Under. But unlike in other countries with a high degree of turnover at the top, Australia’s economy continues to perform. Annualised economic growth has been over 3 percent across the first half of 2018.1 The current combination of a supportive global environment and growing domestic demand should see it stay there for the remainder of 2018 and 2019.

The most obvious dividend from the current economic strength has been strong employment outcomes, with jobs growth in excess of Australia’s very high rate of working age population growth (by developed country standards). This has and will continue to reduce the amount of slack in the labour market, with Australia’s unemployment rate down around a percentage point over the last four years to 5.3 percent. We expect this to fall further over time, creating the conditions for a very gradual rise in wage growth. However, that eventual pick-up in wage gains will likely generate additional inflation, leading to an increase in the central bank’s benchmark interest rate, which has been at the historic low rate of 1.5 percent for over two years. The return to more normal interest rate settings will place pressure on Australia’s heavily indebted households, and will also put the brakes on broader economic growth, testing its ability to remain above an annual rate of 3 percent over the medium term.

Recent economic growth has been driven by household consumption and government spending. The elevated rate of population growth has prompted governments to up their spending on transport and other infrastructure, with the two largest states, New South Wales and Victoria, in particular lifting their rate of public investment, spending the dividends of stronger property-related revenues and recent asset sales. Governments have also been spending big on the rollout of a new social welfare program to assist the disabled. At the moment, this lift in government spending is adding to demand, encouraging more private sector activity.

Measures of business conditions remain at elevated levels on the back of solid economic growth and increased profitability even as business confidence has wavered in recent times. The dichotomy likely reflects greater uncertainty on the global outlook due to the escalating trade dispute between the United States and China, and emerging market jitters as US interest rates rise. That said, expectations for business capital expenditure are on the rise based on improved profitability—a good sign as business investment has largely been a drag on growth in recent years. The revival of business investment is an important ingredient in keeping Australia’s economy growing over the medium term as household consumption growth may fade (constrained by high debt levels).

While our most likely view on how the Australian economy evolves from here is positive, the risks to that outlook are weighted on the downside.2 Households have been a key driver of the economy in recent times through increased spending, including on housing. But record-low wage growth has meant that growth has been based on a large run-up in household debt, rather than income growth. Interest rates on that debt (by far the largest share of which is devoted to housing) have already started to increase, even without the central bank moving its benchmark interest rate. That combination of rising borrowing costs and anaemic wage growth could crunch the capacity of households to further lift their rate of spending, acting as a drag on 60 percent of Australia’s economy.

Movements in global markets could also affect China, Australia’s most important trading partner. The increase in interest rates in the United States has seen money flood back into the United States from emerging markets, causing troubles from Argentina to Turkey. To date, the effect on China has been muted, with some impact on financial markets and consumer/business confidence. The key risk to Australia will be if the contagion spreads further to China, coupling with other emerging weaknesses in that economy, including its large stock of debt and the ongoing trade dispute with the United States. Were it to occur, any further slowdown in Chinese growth—especially if it was centred in China’s heavy industry and construction sectors—would limit Australia’s growth prospects.

Elections approach in a time of relative plenty

To date, the biggest beneficiary of the improved economy has been the federal budget position, which, while still in deficit, has recorded its best result since 2007–08. This is welcome news for both the government and opposition, with Australia set to head to the polls by May 2019.

The improved federal budget position has allowed both parties to sharpen their pitch to voters, by focusing their promises directly on households. This includes the current conservative coalition government that has shelved its plan to provide tax cuts to big businesses following its inability to pass legislation for such a cut in the current parliament. Both sides of politics have, to varying degrees, proposed personal income tax cuts and new spending measures focused on health, aged care, and education.

These policies may be particularly important in keeping household spending on track if more robust wage growth does not materialise. However, the capacity for both parties to pay for these commitments depends on tax revenue coming in, which is particularly vulnerable to any slowdown in Chinese growth both through direct trade and investment, and via China’s role in supporting overall commodity prices. Any slowdown in China along the lines of that described above would limit the capacity of any government to pay for its tax cuts and spending promises while still returning the budget to surplus. 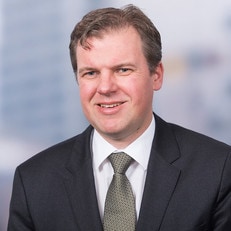 Australia: Economic growth despite political machinations has been saved

Australia: Economic growth despite political machinations has been removed