Confidence has shot up among British businesses after the December election. But trade tensions and the coronavirus outbreak loom over global growth, and risks of a ‘cliff-edge’ Brexit remain. Despite signs of a modest uptick, UK growth is likely to remain below trend.

The UK economy has struggled to gain momentum after avoiding a recession in the third quarter of last year. Slowing global growth driven by trade tensions, elevated uncertainty over the nature of Brexit, and political instability leading to the December elections seem to have blighted UK activity.

Various indicators testify to this stagnation. Manufacturing output contracted through most of last year (figure 1) and retail sales failed to rise in the five months to December.

The drop in industrial activity is partly attributable to a global slump in manufacturing, with the US-China trade conflict weighing on growth. In addition, Brexit-related uncertainty, especially the risk of a ‘no-deal’ Brexit last October, acted as a persistent drag on business investment, affecting demand for manufacturers. 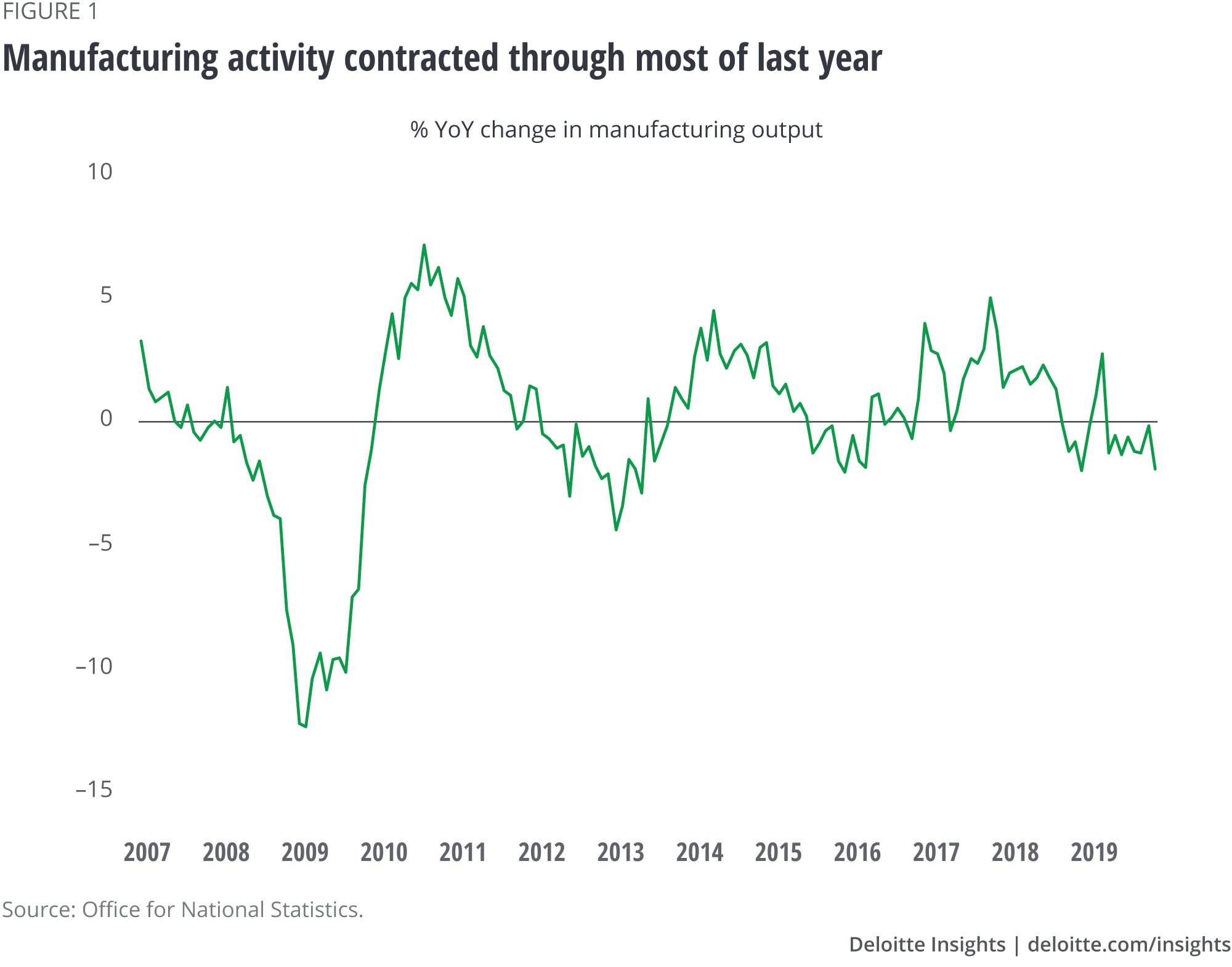 Elevated economic and policy uncertainty also had a dampening effect on consumer spending. This is despite a resilient labor market, with unemployment at its lowest level in 45 years (figure 2) at the time of writing and steadily rising wages. But there are some signs of a loss of momentum—income growth has recently decelerated and job vacancies are on the decline. While real economy figures paint a picture of stagnant growth in the final months of last year, recent survey data is more upbeat. Measures of business and consumer confidence have seen significant increases since the general election in December, with the Deloitte CFO Survey registering a record rise in corporate optimism (figure 3) and a sharp fall in uncertainty. 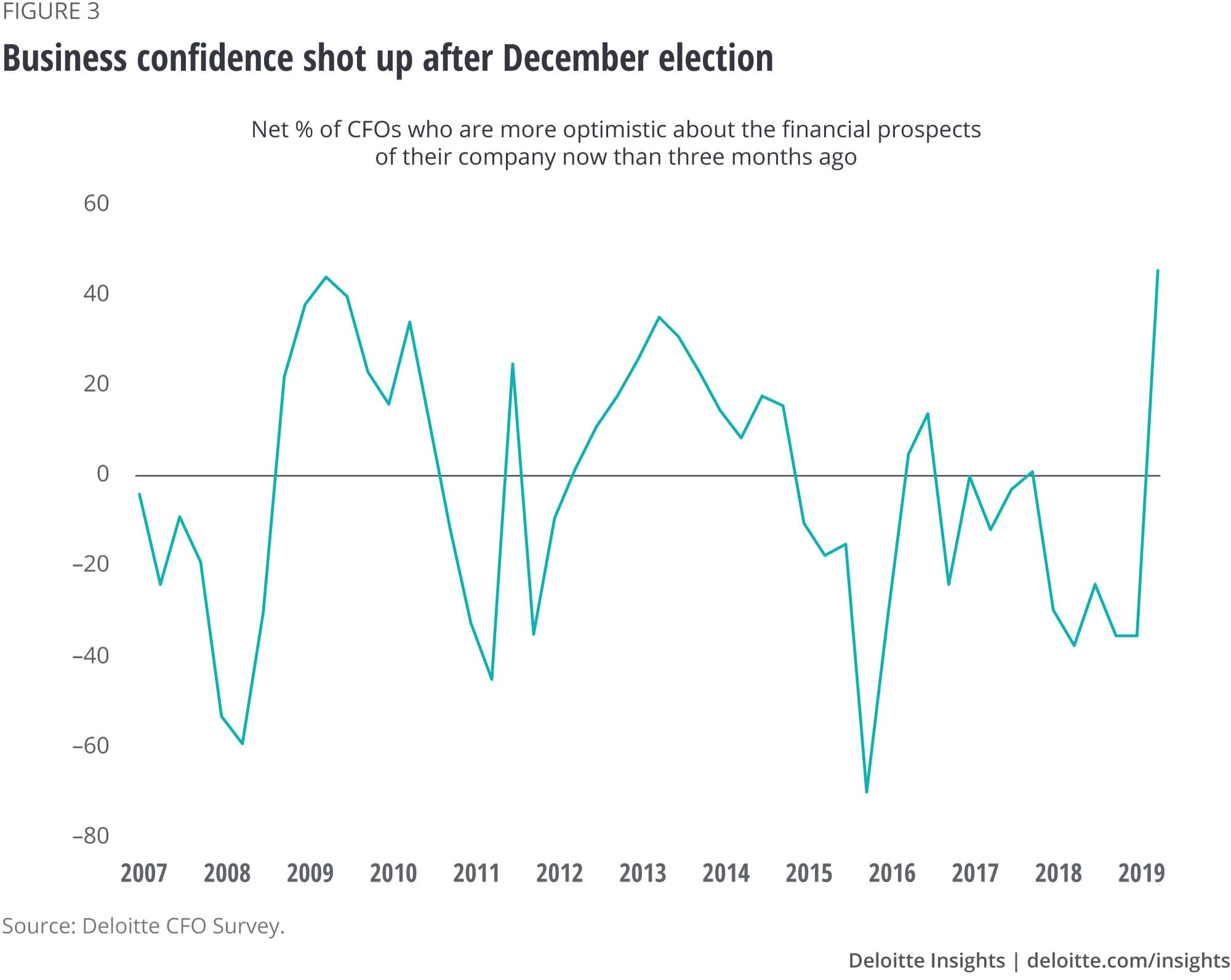 The election of a political party with a commanding parliamentary majority and an end to the immediate possibility of a radical left-wing government have reduced political uncertainty, while clarity on the terms of the United Kingdom’s formal departure from the European Union (EU) seems to have bolstered spirits.

The promise of greater government spending, bringing an end to a decade of fiscal austerity, and expectations of a cut in interest rates this year have also contributed to slightly improved growth prospects for Britain. This has coincided with a marginal improvement in the global economic backdrop, aided by a letup in US-China trade tensions and signs of a fledgling recovery in global manufacturing.

Yet risks remain. A recovery in global demand is hardly guaranteed, what with the coronavirus outbreak hitting Chinese activity and disrupting global supply chains. And, while the United Kingdom has formally left the EU, the terms of future trade with Europe remain uncertain.

Britain is now in an 11-month transition period, with minimal change to its relationship with Europe. But, by December 31, when the period ends, it will have to thrash out a post-Brexit trade agreement. Striking such a deal is possible but not easy. In fact, the risk of a ‘cliff-edge’ Brexit at the end of this year—where the United Kingdom and the EU part ways without an agreement, resorting to trade under WTO rules—is far from eliminated.

If the negotiations until last autumn are anything to go by, this risk could hang over businesses for most of this year, resulting in a repeat of last year’s uncertainty-driven squeeze in activity. It is perhaps due to this reason that, despite the recovery in optimism, UK CFOs continue to favor defensive strategies such as cost reduction.

We expect a modest pickup in business investment and output in the first quarter, but full-year growth is likely to hover around last year’s below-trend levels. A significant loosening of public purse strings or early progress in trade negotiations could provide an upside surprise. 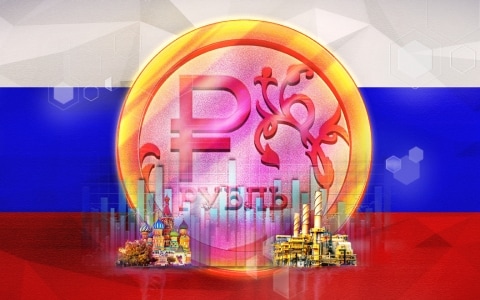 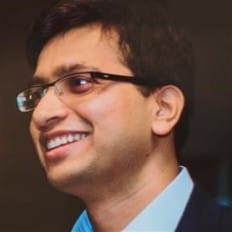