Already popular with hobbyists, unmanned aerial vehicles are becoming a valuable enterprise technology—and an emerging trend is set to increase that value and expand their use. New software is able to automate both drone navigation and the analysis of the data drones capture. This is making more practical a host of drone applications: monitoring construction, agricultural crops, goods and materials inventories, traffic, and crowds; infrastructure inspection; catastrophe response; search and rescue; and perimeter security. Other applications are sure to emerge. Ultimately, enterprises should move beyond simply employing drones where convenient and integrate drone data into their information systems and revamp workflows to take full advantage of the greater insights and efficiencies that drones can provide.

The market for commercial drone technology and services is booming

Enterprise drones have taken off, so to speak. Sales of drones have increased exponentially; drone manufacturer DJI, estimated to account for 70 percent of the nonmilitary drone market, has seen revenues skyrocket from just over $4 million to $1 billion between 2011 and 2015.6 Thus far, drones’ primary commercial use has involved capturing images and gathering data for analysis, rather than package delivery, which remains mostly on the drawing board. These data-gathering and analysis applications are big business. Forecasters expect commercial drone spending to top $20 billion globally by 2021,7 driven by widening use across numerous industries. Recently enacted FAA regulations have unlocked commercial usage, and a new exemption process from current rules will likely spur even greater adoption.

Smart software makes it easier to get value from drones

Piloting a drone can be hard, especially when executing complex flight plans such as those required to photograph each blade of a wind turbine. And the voluminous data captured by drones needs to be analyzed. Both of these challenges are rapidly being addressed by new software, powered by cognitive technologies such as computer vision and machine learning, that can automate drone operation on the one hand and data analysis on the other. Hundreds of millions of dollars in venture capital is helping dozens of start-ups propel this trend. (See figure 1.8)

New operations software is making it much simpler to plan and execute drone flights. A drone operator can easily draw precise flight paths, boundaries, altitude, landing sites, and points of data capture on digital maps derived from satellite images. Software can load or transmit the GPS coordinates to the drone to execute flights without human intervention—from take-off to landing—at the push of a button. Inspections, surveying, or other tasks can then be performed without the need for highly skilled pilots. (See figure 2 for an example of how flight planning software can drive greater efficiencies through autonomous operation.9)

Other navigation software can improve a drone’s versatility. On-drone computer vision enables drones to intelligently sense and avoid obstacles such as heavy machinery and identify safe landing spots automatically if the original location turns out to be obstructed.

Automated object tracking is another tech-enabled feature that is expanding the usability of drones. After being trained on images of a target such as a person or a vehicle, tracking software can identify the object and adjust a drone’s flight to follow it. Software vendors are already offering applications for autonomously patrolling, detecting, and tracking human activity around large infrastructure sites for security.10 Cinematography is another application of this technology.11

Powerful new software isn’t just simplifying drone operation. It’s also making it much easier to interpret the data collected by drones. Software can now automatically identify objects like cars and people, and perform feats such as counting individual plants in a field while assessing their health. It can also automatically flag conditions like infrastructure breakage, corrosion, or flooding.13 Some analysis can now be performed automatically. In other cases, human analysts can become much more efficient with the assistance of smart analytics. One example: The Croatian Mountain Rescue Service is testing software that will help it find missing people in aerial images captured during a drone search.14

Software tools are now available that can automatically construct 3D models from drone images married to other data. Applications range from providing realistic visualizations of remote locations to performing precise measurements—reportedly down to the centimeter.15 In just a few clicks, construction managers can evaluate construction progress against plans by taking building measurements; insurance adjusters can calculate rooftop area for a claim.

This capability can slash the costs of tracking inventory of materials. Granite Construction, a producer of construction materials, is using drone analytics software to calculate and monitor inventory levels of gravel, asphalt, and other materials to drive production decisions.16 A worker manually traces the base of a stockpile based on a digital image or 3D rendering of the area, and algorithms measure points between the pile’s base and its surface, providing volumetric calculations shown to be within 1 percent of traditional ground-based methods while being faster and about half the cost.17

Nurtured by new drone operation and analytics technology, new applications are flowering. For instance, Walmart expects to have computer vision-enabled drones monitoring warehouse inventory by mid-2017, negotiating warehouse aisles and using specialized software to recognize low stock or misplaced items.18 While the company’s current manual inventory process is on a 30-day cycle, company officials expect drones to complete the task in a single day.19 Other examples: tracking shopping trends by counting cars in retailer parking lots using deep learning software on drone imagery20 and automatically identifying unauthorized vehicles on construction sites.21 Dozens of other applications are in development. Supporting what we expect will be a vibrant market for specialized drone software tools and analytics are drone software marketplaces, two of which have recently launched.22

Organizations that conduct frequent inspection or surveillance activities, particularly in areas that are difficult to access or dangerous—such as catastrophe sites, rooftops, oil rigs, pipelines, mines, or construction sites—should consider integrating drones into their operations to build or maintain competitive advantages. Software vendors have already developed a number of applications aimed at industries such as construction, mining, oil and gas, and agriculture, which may lower the effort required for implementation. In other industries, companies willing to invest the resources to develop custom applications have an opportunity to establish competitive advantages. Advances in cognitive technologies and budding marketplaces for drone software technology will likely drive down the costs associated with this path.

To tap into drones’ full potential, it will ultimately be critical for enterprises to integrate them into their current IT systems and revamp operational procedures accordingly. In some areas, such as insurance, where data captured by an adjuster could interface directly with claim management systems, developers may need to craft custom workflows to streamline data processing. New procedures for requesting, collecting, and analyzing drone data will also be important. Unmanned aerial vehicles will allow construction-site supervisors to manage multiple projects remotely, for instance, but changes to operational procedures will be required to derive the greatest efficiencies possible from drones.

Corporations must not neglect the risks that come with drone operations. Cybersecurity remains a key concern; sensitive or proprietary data could be compromised if drones are hacked or lost. Drones have also created concerns regarding personal privacy and individuals’ safety. Those looking to expand drone use will want to plan to mitigate these risks and ensure that policies and procedures are aligned with current regulations.

Advanced software is poised to bring the benefits of drones to many industries and increase the value to those that have already adopted them. Corporate strategists and operations leaders should evaluate how unmanned aerial vehicles, paired with advanced software applications, might be used to transform their operating models, establish competitive advantage, and make dramatic impacts to the bottom line. 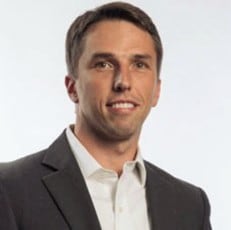 John is a manager in the Innovation Strategy arm of Deloitte LLP where he focuses on analyzing emerging business and technology trends to support strategic initiatives of the Deloitte US firms. In over 10 years with Deloitte, John’s experience has included operational, technology, and strategic consulting engagements across health care, TMT, retail, transportation, and manufacturing. In addition to his tenure at Deloitte, John has served on investment teams at several private equity funds in the Midwest where he conducted investment research for equity and debt investments for growth equity and buyout investments. John earned a Bachelor of Arts from MidAmerica Nazarene University and a Master of Business Administration from the Kellogg School of Management at Northwestern University.

Drones mean business has been saved

Drones mean business has been removed