CMO survey results: Key principles for increasing creativity in marketing has been saved

CMO survey results: Key principles for increasing creativity in marketing has been removed

What can marketing leaders do to harness creativity?

The CMO Survey revealed that creativity in marketing is the top skill marketers are looking for in new hires.

The business value of creativity

Whether you are trying to get someone to buy a plane ticket, or just trying to get them to buckle their seatbelt when they are on the plane, often businesses and the people they are talking to expect creativity to be part of the exchange. The transaction typically is pretty straightforward – attention in exchange for entertainment. It’s a deal as old as Sophocles. Because creativity can help companies communicate better, it has been generally seen as something that is the province of the Marketing department. In fact, respondents to our latest CMO study ranked creativity first of all of the qualities they look for when they hire, nearly 10 points ahead of the next quality (tech fluency).

Being associated so closely with creativity can be a double-edged sword for marketers. The idea that creativity is primarily about entertainment has sometimes made it harder for marketers to deploy it for purposes other than communications.

There is often a perception that the marketing department is the toy department of the organization, and that creative thinking to what most businesses do. Our assertion is that to the contrary, creative thinking is one of the most powerful ways business problems are solved.

My favorite example of creative thinking solving business problems is baby carrots. As you may be aware, baby carrots are not in fact carrots harvested before they are mature. What they are is the solution to carrot farmers had been facing for years—what to do with the relatively high percentage of carrots that don’t grow perfectly straight, and which do not make the cut to be sold in grocery stores. People wouldn’t buy these carrots and there wasn’t a large enough juice market to juice them all. At some point, some creative thinker realized that they could shave down these less attractive carrots, call them baby carrots, and charge a premium for them. In the US today, baby carrots outsell “adult” carrots two-one.

While this is an example of creative thinking solving a problem and disrupting an existing business, in many large organizations the real value of creativity often is preventing disruption.

Using creative thinking to prevent disruption would have allowed the upscale ice cream giants of the late 1980s to head off the major present-day brands that prize social responsibility right alongside flavor. It would have allowed the major US automaker that pioneered an electric car a quarter-century ago to stick with it and prevent the rise of today’s increasingly ubiquitous models. It would have allowed the pioneer in streaming video to keep the current leader in streaming video from gaining critical mass. In industry after industry, examples pile up of the competitive threats companies could have prevented with a bit of creative thinking.

If you’re still reading this (thanks), you’re hopefully in agreement on the importance of creativity. Let’s now turn ourselves to addressing the factor that (in my opinion) keeps people from across the organization from embracing creativity: the idea that creativity is about people sitting around thinking up new “blue sky” ideas. While this can be true (to a very limited extent), the truth about creativity I think is much more straightforward – there’s nothing new under the sun.

What each of these folks were talking about (Jobs the most directly) is that often the most common, most successful form of creativity is combinatorial creativity. From Labradoodles to smartphones, the most successful new things tend to be combinations of old things. This is heartening news for the over 50% of companies in our survey who report that they are planning on using existing teams and resources to build new capabilities. If you work at one of those companies, consider starting with the pieces you’ve got and see if you can find new ways to put them together. Who knows, you may come up with the next big thing.

Mike Barrett is president of Heat, an advertising agency owned by Deloitte.

Look deeper into the February 2018 CMO Survey results with insights from our leaders. 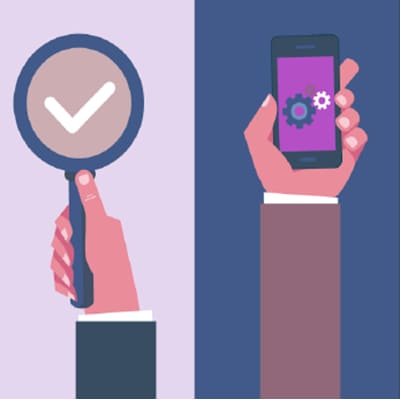 Back to CMO Survey

About The CMO Survey

Deloitte supports the CMO Survey—conducted biannually since 2008 by Duke University’s Fuqua School of Business marketing professor Christine Moorman—as a measure of how marketing leaders are navigating this brave new world. The survey reports on their priorities and plans enabling marketers to compare staffing, budgeting, and investment areas, and identify potential trends.