Global information reporting and withholding tax reclaims has been saved

Global information reporting and withholding tax reclaims has been removed

Challenges within the international investment environment

The need for a withholding tax reclaims strategy

In general, investors are subject to withholding tax on outbound investments, often at withholding rates of up to 35 percent of their investment income. Such rates are imposed, in many cases, regardless of the investor’s status and ability to claim a reduced rate under an income tax treaty. For example, an investor could be subjected to 35 percent withholding taxes when the applicable rate is only 15 percent based on their income tax treaty. That’s a 20 percent haircut the investor does not need to take.

To recoup that 20 percent tax of which the taxpayer investor in this scenario is entitled, there are a number of avenues under which the investor would be able to claim back the taxes withheld. The problem is that most tax authorities have a complex process or may not even have a process in place under law, for the investor to claim the money back. A few jurisdictions, such as the United States, offer “relief-at-source” options where, with the right paperwork properly provided before the dividend or other income payment is made, the investor may claim the lower tax rate upfront. The vast majority of jurisdictions, however, generally only offer “withholding tax reclaims” options in order to obtain the final and often lower tax rate.

This means that outside of the relief-at-source process, which can present its own unique set of challenges, investment management is often left trying to reclaim the withholding tax that is due to them after the fact. This process can be long, complicated, and resource intensive, particularly for those trying to manage the reclaim process themselves. Because of this, it is not a surprise that many investors have historically felt pursuing such reclaims was not worth the trouble.

Smaller funds and fund managers investing on behalf of their underlying beneficial owner investors may be particularly disadvantaged in reclaim markets. Upfront costs and capability requirements can be significant. And a cost-benefit analysis may preclude smaller funds from applying from the start if reclaim amounts are deemed too low to support the effort. This is because every market takes a different approach, and every jurisdiction’s process is somewhat bespoke with varying success rates. 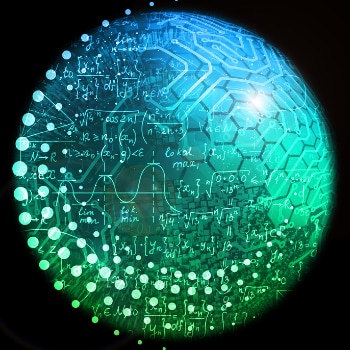 For those investment funds investing across a number of countries, the global information reporting view is often fragmented and complex.

The landscape of obstacles

For those investment funds investing across a number of countries, the global information reporting view is often fragmented and complex. The availability of withholding tax reclaims varies across jurisdictions. And the processes, documentation requirements, and limitation periods are anything but consistent.

In the EU, for example, by filing a claim with the European Court of Justice, non-EU (so-called third country) investment funds can potentially recover the “irrecoverable” withholding tax levied on their EU-sourced equities under EU law principles, thereby bringing their effective withholding tax rate down to zero. Repayments of withholding tax have already been made to third-country funds following the EU Court of Justice process by France, Finland, Poland, Sweden, and Spain. Other markets have been less forthcoming. Litigation is either pending or in progress in Croatia, Italy, Germany, the Netherlands, and Portugal.

In addition, many tax authorities are tweaking their definitions of “beneficial owners” as part of their ongoing efforts to implement tax reform. Taxpayers with income from Germany, Switzerland, Denmark, and Belgium are being asked to provide more documentation to prove beneficial ownership. So, too, are those in certain markets outside of Europe—Russia and South Korea, for example. More paper documentation generally means a slower process overall.

There are also a handful of other initiatives aimed at improving withholding tax reclaims processes. The OECD’s Treaty Relief and Compliance Enhancement (TRACE) program, for instance, focuses on creating a more consistent global approach to relief at the source. The program recently released its schema user guide and IT tools to support wider implementation and, to date, only Finland has implemented the recommendations.

Perhaps the biggest news in the area of initiatives, is that the EU is now actively exploring options for creating a common EU-wide system for withholding tax relief-at-source on dividend or interest payments. The proposal1, which was released in September 2021, aims to encourage greater information sharing and cooperation on withholding tax between tax authorities across the Union. The goal is to facilitate efficient cross-border investment while preventing tax abuse. Although there are positive signs of improvement on the horizon, progress is likely to be slow.

Of course, recent progress on advancing the Common Reporting Standards (CRS) and creating a more efficient automatic exchange of information (AEOI) system between tax authorities should also help speed transformation in the withholding tax reclaims process. The idea is that more transparency and information sharing between tax authorities should, eventually, lead to reduced documentation requirements and paperwork.

While the policy setters do their work, the shift toward more digital tax processes and documentation is also moving along. We are seeing encouraging signals that some tax authorities may now be more willing to accept digital documentation (particularly after the massive shift to digitization catalyzed by the pandemic). In Spain, for example, taxpayers are now able to provide residency certificates in secure PDF format. Other markets, such as Indonesia and Mexico, are following suit. The OECD also recently called for jurisdictions to make wider use of electronic documents for withholding tax processes.

Tax authorities’ uptake of technology could also drive relative simplification and digitization in some withholding tax regimes. The reality is that tax authority portals are becoming more sophisticated. So, too, are tax authority interactions with taxpayers. And new technologies—such as blockchain—have the potential of making the documentation process more efficient and effective. This suggests we will likely see continued movement toward more digitized relief-at-source approaches from many authorities in the future. 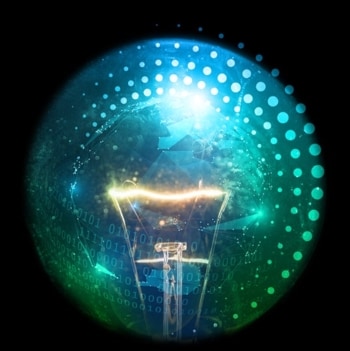 At a time when investor scrutiny on funds’ fiduciary duties and returns is rising, fund managers are starting to field difficult questions.

While other areas of tax policy and administration have rapidly evolved to become more digitized and user-friendly, withholding taxes have been slow to follow. This is not particularly surprising—it’s difficult to get tax authorities excited about investing into projects that, ultimately, lead to lower tax revenues. In other words, don’t expect to see the kind of high-level, consensus-building talks that we are seeing progress on for issues such as AEOI and a global minimum corporate tax rate. The withholding tax reclaims agenda will likely move much slower and in a much more fragmented way.

Adapting to a new global standard