Preparing for 8-digit BINs has been saved

Preparing for 8-digit BINs has been removed

What issuing BIN expansion means for the payments industry

The number of credit card issuers has grown exponentially in recent years, leading to an expected shortage of available Bank Identification Numbers (BINs). ISO is now calling for issuing BIN expansion from six to eight digits. With Visa and Mastercard committed to 8-digit BINs by April 2022, the entire payments industry should start preparing now.

What issuing BIN expansion means for the industry

After April 2022, the payments industry will be operating with both 6- and 8-digit BINs. Most payments organizations will need to update processes and systems to support the new issuing BIN length and avoid compromising customer service and cardholder protection. The level of preparation will vary significantly depending on how the issuing BIN is used, ranging from limited adjustments to broad changes across multiple functional areas and IT systems.

For example, some acquiring banks use the issuing BIN to route transactions for authorization. To account for the updated issuing BIN length, acquiring banks need to consider a range of potential impacts, including BIN reference tables, coding and configuration of underlying applications, and point-of-sale systems.

While the level of preparation will vary, participating in the payments ecosystem after April 2022 will require the ability to process 8-digit BINs. All payments industry organizations should begin now by conducting a comprehensive impact assessment across the entire organization and suite of supporting applications to help mitigate risks and inform the scope, resource requirements, and timeline for implementing necessary changes.

The payments industry’s next “Y2K event” is right around the corner.
Is your organization prepared for 8-digit BINs?

In response to a sharp increase in the number of card issuers, the International Standards Organization (ISO) has announced an expected shortage of novel combinations for Issuer Identification Numbers (IINs), commonly referred to in the industry as the issuing Bank Identification Number (BIN). Revising their official guidance (ISO/IEC 7812-1), ISO is now calling for an expansion of the issuing BIN from six to eight digits. While the length of the primary account number (PAN) will remain variable (ranging from 10 to 19 digits) the issuing BIN change will require action across the entire payments industry, including banks, processors, fintechs, and the vendors who support them.

The parallels to Y2K are easy to draw. A widely used numeric is expanding by two digits, creating the need to first identify,  then address potentially wide-sweeping operational and technology impacts.

And while April 2022 may appear to be in the distant future, there is significant risk for payments organizations who fail to put an issuing BIN expansion plan in place now. Download the full report to learn more.

Mastercard has also announced that by 2022, issuers will need to enable account ranges, and acquirers should be ready to operate on 8-digit BINs and 11-digit account ranges.

Other major networks, including American Express, Diners Club/Discover, and China Union Pay, have not announced timelines for adopting the new 8-digit BIN.

The issuing Bank Identification Number (BIN) is the first 6 digits – and with this change, 8 digits – of the Primary Account Number (PAN), located on credit, debit, and prepaid cards. The issuing BIN is used globally to identify the bank that issued the card. Issuing banks can have more than one issuing BIN (most do), but each unique issuing BIN can only be licensed by a single issuing bank. 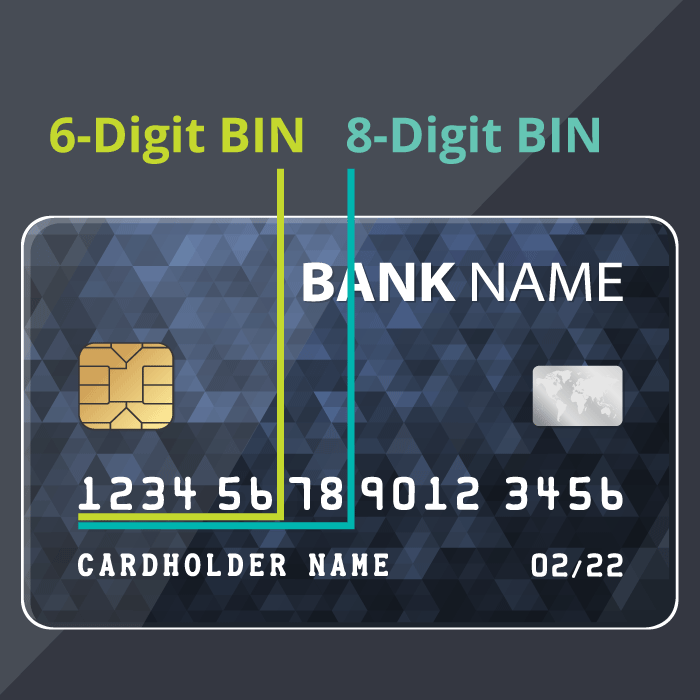 Critical next steps in preparing for the 8-digit BIN

The payments sector is constantly evolving and reinventing itself, but the broad, global nature of the 8-digit BIN expansion makes it unlike most industry changes. Every organization that uses issuing BINs will be affected, and all industry players need to act now to understand the risks and prepare for this significant change.

Liz has more than 10 years of M&A experience, executing complex divestiture, integration, and joint venture transactions across payments, banking, and technology sectors. Liz has led the planning and ... More

Deron is a principal in the Financial Services Banking practice with 25 years of retail and commercial banking experience and heads up Deloitte’s Regional and Community Banking group. During his tenur... More

Stacy is a senior manager in the Banking and Payments practice with more than 10 years of experience deploying large scale transformations in the financial services industry. She advises clients on ho... More

Scenarios for the global payments ecosystem