Provoking the future: How CFOs can take action to illuminate uncertainty has been saved

Provoking the future: How CFOs can take action to illuminate uncertainty has been removed

An Article Titled Provoking the future: How CFOs can take action to illuminate uncertainty already exists in Saved items

Provoking the future: How CFOs can take action to illuminate uncertainty

In this issue of CFO Insights, we’ll explore how companies—by provoking reactions from the marketplace—can sense change sooner than their peers, seize opportunities early, and tap into their portfolio of strategic options to act fast.

Until recently, business leaders could assume that the future would bear enough resemblance to the past that they could construct sturdy forecasts out of the data, assumptions, and real-world experience they’d been accumulating for years. Those days are decidedly behind us.

We’d have to go back at least a decade to find a time when most of the change in the business world unfurled at a manageable, linear pace. Today, in a digitally enabled world changing at an exponential speed, companies can’t assume that historical successes are a guide to future triumphs. The scope and influence of technology is so extensive that delaying action to do more analysis is tantamount to inviting startups to swoop in with business models that are magnitudes better, or less expensive.

Finance leaders no longer have the luxury of waiting for complete data before confronting uncertainty. Instead, they need to be willing to act based on imperfect data. Prolonged analysis raises the likelihood that some uncertainties will invariably shift from being a question of “if” they will come to fruition to being a matter of “when” they will do so. As that happens, the company’s ability to shape the future narrows; by the time CFOs have all the data they want, it’s generally too late to avoid attacks from competitors arriving from completely different industries, or to adopt the new cost-saving operational technology that others in the market have already brought on board.

This historical tendency—to wait for better data—doesn't reflect a lack of urgency among CFOs about the imperative to act. It’s because they’re humans. And humans are subject to cognitive biases that make it hard to see when important trends make the “if” to “when” shift. CFOs, and their teams, need to actively mitigate these biases, as well as counteract the troublesome ways people tend to interact with each other at large organizations.

Authors Geoff Tuff, principal, Deloitte Consulting LLP, and Steve Goldbach, chief strategy officer, Deloitte LLP, argue just that in their new book, Provoke: How Leaders Shape the Future by Overcoming Fatal Human Flaws (John Wiley & Sons, 2021). According to them, certain management tendencies, such as turning a blind eye in response to new, unsettling information, are a result of cognitive biases that can block the company’s view of the horizon (see sidebar, “Discriminating tastes”). The co-authors also maintain that companies should increasingly (and mostly) acquire insight into uncertainty by designing and conducting exploratory tests to probe the marketplace—a concept of “minimally viable moves” that they explored in their first book, Detonate: Why—and How—Corporations Must Blow up Best Practices to Survive (John Wiley & Sons, 2018).

Early detection as to how an uncertainty is resolving can give businesses an edge in successfully navigating through it, the authors insist. By provoking reactions from the marketplace, companies can sense change sooner than their peers, seize opportunities early, and tap into their portfolio of strategic options to act fast. In this issue of CFO Insights, we’ll explore what companies may have to do to strip away their individual and organizational blinders in order to widen their view of the horizon.

Provoking the future: How CFOs can take action to illuminate uncertainty

In the familiar world of linear change, CFOs have typically focused on using data to make choices that reduced risk. In an exponential economy, risk has been supplanted by uncertainty, which can neither be managed nor measured.

Dealing with this paradigm shift requires new behaviors to spot important trends. In a linear world, for example, leaders faced a number of choices when it came to deciding how to consider emerging trends. When one was brought to their attention, they could choose to take some time to assess its validity, flatly dismiss it, or wait to see whether and how it unfolds. Some CFOs were inclined to petition for an analysis, seeking to examine what’s afoot from every conceivable angle.

In today’s world, such time-consuming inclinations lead to actions that may be too meek—or too late—to have a sufficient strategic impact on the business. With exponential technologies reshaping many markets at a vastly accelerated pace, companies need to reinvent themselves even as the future unfolds.

That means CFOs need to help their companies pick up weak signals of big changes, scanning diverse sources and nurturing their internal capabilities to act in a timely manner. Consider one example from Provoke of how an executive of a large media entity rejected the potential importance of a small segment (1.75%) of customers that preferred to have high-speed Internet access, without the bundled TV service that normally accompanied it. The company insufficiently invested against this small part of its existing customer base, without imagining how the segment, now known as cord-cutters, might become more significant. Instead, they implicitly ceded that market to a competitor. The case illustrates that the risks are now such that making a mistaken move—investing in the wrong area, for example, or at the wrong time or not at all—can leave a company scrambling. The impact of early signals may be difficult to assess, as some will dissolve while others scale rapidly, but they ought not to be ignored.

To avoid unintentionally becoming a “wind-down” company (one that is expected to have a finite life), CFOs in particular need to exert a firm grasp on the fundamental drivers of demand, revisiting and exploring them with increasing frequency and depth. Sensing marketplace anomalies is important, but the ones that matter are those that threaten the company’s fundamental business model. Cable companies, for instance, would likely have benefited by tuning into the cord-cutting phenomenon in its earliest incarnations since it was a harbinger of decline of the industry’s dominant profit model. Even low probability shifts that could be massively disruptive merit attention. Such as? The prospect of a global pandemic, say, or a major supply-chain snarl. 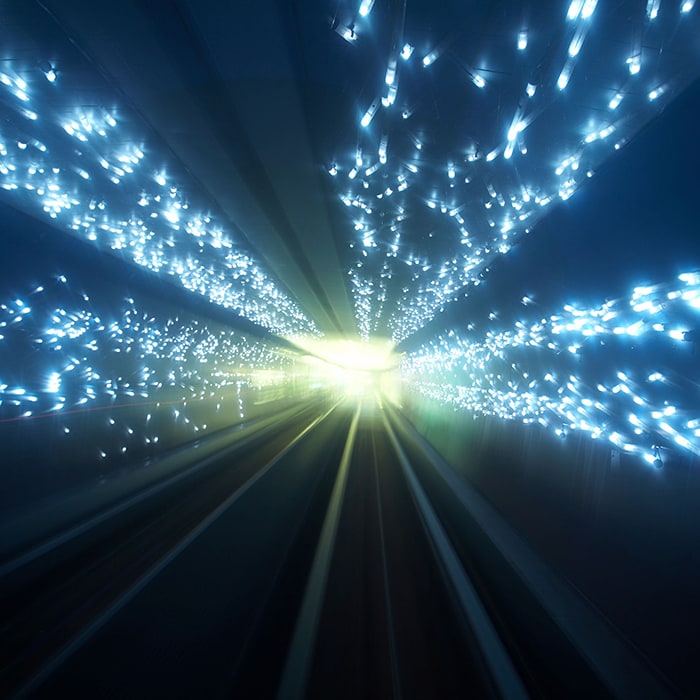 Human biases create the pre-condition for systemic organizational blind spots. Such biases, as identified by behavioral scientists, have long been identified with human nature. But when members of a management team convene all of their biases, the company can develop organizational blinders, cramping its ability to recognize the crucial “if” to “when” phase changes that reveal the contours of market uncertainty (see Figure 1 in PDF).

Such a constraint may obstruct management’s view at a time when the playing field they compete on is wider than ever. But there are ways to help mitigate those biases. What follows are four practices of organizations that seek to provoke uncertainty to get a better view of the future: 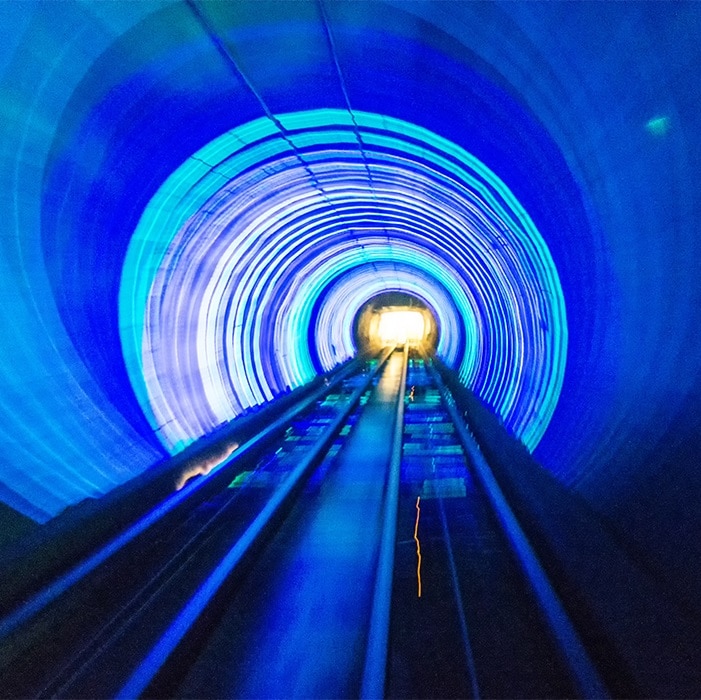 The need for CFOs, among others, to be aware of any activity that could knock their company off track may sound overwhelming. And it can be. After all, leaders can only take so many uncertainties into account. Building a sensing capability to catch early, weak signals is a foundational step to exploring what to pay attention to. But then purposely considering what matters and what doesn’t—relative to the company’s core source of competitive advantage—is a critical next step.

Consider the future of the energy industry, for example. In Provoke, the authors identified 92 different driving forces, as wide-ranging as talent and policy uncertainties, that might affect the rate and nature of the industry’s transition. By re-examining which ones were central to how the industry’s future would unfold, however, they were able to winnow the list to 19 genuine uncertainties. For now.

For CFOs in other industries, here are some ways to help pinpoint traits of uncertainty: 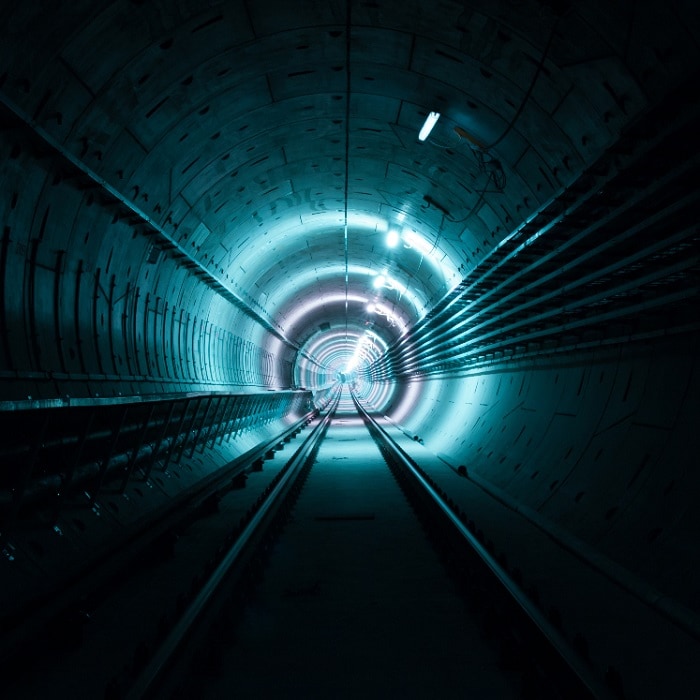 Diversity is also critical to overcoming the lack of curiosity that can leave companies vulnerable to a future rife with uncertainties. CFOs, among other leaders, need to be willing to admit what they don’t know and commit to learning. They are also in the position of enabling the rest of the organization’s curiosity. Too often, for example, CFOs press for answers regarding the ROI of a project designed to reveal aspects of uncertainty. In doing so, they may inadvertently force project leaders into either dropping the idea or, worse, faking it.

Better to share whatever data there is and make any assumptions explicit. Understanding uncertainty is, in its own way, a discipline to be learned and systematically improved. Is there any better way to do it? Without trying, there’s no way to know for sure. 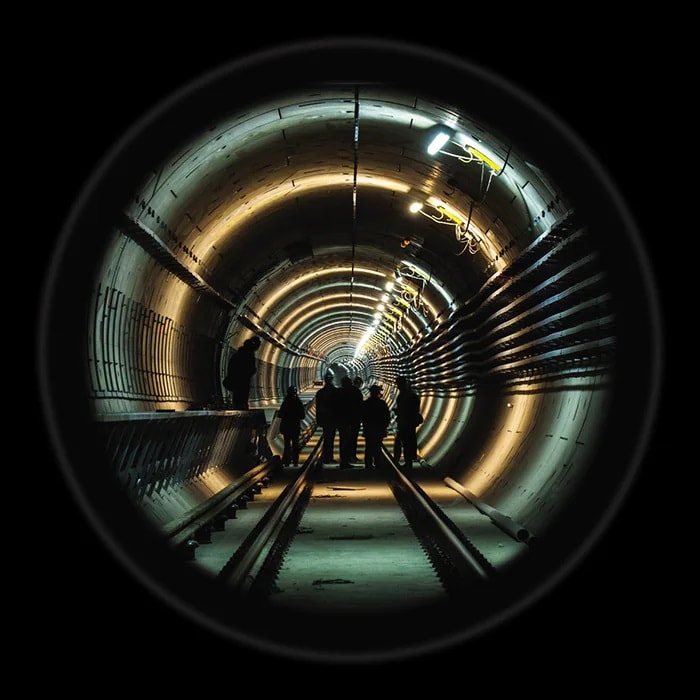 Before they can gain a complete view of the marketplace, leaders may first want to take a hard look at their own blind spots.

Faced with nearly unlimited pools of data, how CFOs and other top executives sift through it, process it, and draw conclusions from it can make a big difference in how the business positions itself for the future. As the authors of Provoke: How Leaders Shape the Future by Overcoming Fatal Human Flaws argue, individual cognitive biases typically guide people toward seizing on certain information while failing to recognize other pieces of data. The management team’s personal biases can combine to produce organizational blinders, hampering its ability to uncover the traits of market uncertainty.

At a time when companies face competition that is both fiercer and faster, such an obstructed outlook can hamper decision-making. What follows are some of the most common individual biases that can cause leaders to miss important trends:

Combining these biases could be a recipe for a management team that may misevaluate the potential impact of any emerging trends that are not yet pervasive. Perhaps, though, that’s strictly the fault of your colleagues, whose flawed thinking is easy to recognize. Could you be immune? Actually, it’s much more likely that you are falling prey to the king of all biases: the “I’m-not-biased” bias, as coined by psychologist and author Adam Grant.1

Welcome to the “no normal”: Exploring The Transformation Myth