The Internal Revenue Code (IRC) allows individual taxpayers who itemize their deductions to claim a federal income tax deduction for state and local taxes (SALT) paid.1 Prior to the Tax Cuts and Jobs Act (P.L. 115-97) (TCJA), there was no limitation on the deduction, meaning taxpayers could deduct all their SALT payments paid during the calendar year to the extent of their federal taxable income.2 TCJA limited an individual’s aggregate deduction for tax years 2018 through 2025 (the SALT cap or SALT limitation).3 As a result, SALT payments in excess of the SALT cap are not deductible on the federal income tax return, Form 1040, and thus provide no benefit to an affected taxpayer. Notably, the SALT limitation does not apply to real and personal property taxes paid or accrued in carrying on a trade or business or certain other activities relating to expenses for the production of income.4

Many states contemplated workarounds to the SALT cap to protect resident individuals from a potential increase in federal tax resulting from the limitation. The most prevalent of these is the PET, which imposes a state and local income tax directly on the pass-through entity (PTE) as opposed to the partners, members, or shareholders.

On November 9, 2020, the IRS issued Notice 2020-75 that announced an intention to issue proposed regulations to clarify that state and local income taxes imposed on and paid by a partnership or S corporation on its income are allowed as an entity-level deduction in computing non-separately stated taxable income or loss for the taxable year of payment.5 This notice prompted a wave of PET legislation across multiple states.

As of August 27, 2021, 19 states have enacted PET legislation.6 While many of the state PETs target similar goals, each regime is unique, and the differences between them are often stark. These differences make the implications of electing into a PET dependent on the PTE’s geographic footprint, income profile, and business needs, in addition to tax classifications, residencies, and activities of each of the PTE’s partners, members, or shareholders. To better understand some of the moving pieces, let’s take a closer look at New York’s recently enacted PET as updated by TSB-M-21(1)C, (1)I.

The NYPET is effective for tax years beginning on or after January 1, 2021, for eligible entities that are required to file a New York return.7 Entities opting to participate in the NYPET regime must make an annual election online, by March 15 of the tax year, at the same time that the first-quarter estimated payment is due.8 The election to opt into the NYPET must be made by an authorized person on behalf of the eligible entity through the entity’s Online Business Services account.9 Once made, the NYPET election is irrevocable as to the tax year for which the election was made and is effective for all eligible partners.10

To elect or not to elect?

As with many new tax regimes, the NYPET is rife with issues that need to be analyzed and further clarified. The following are a few issues to consider in New York and discuss with your tax adviser before electing: 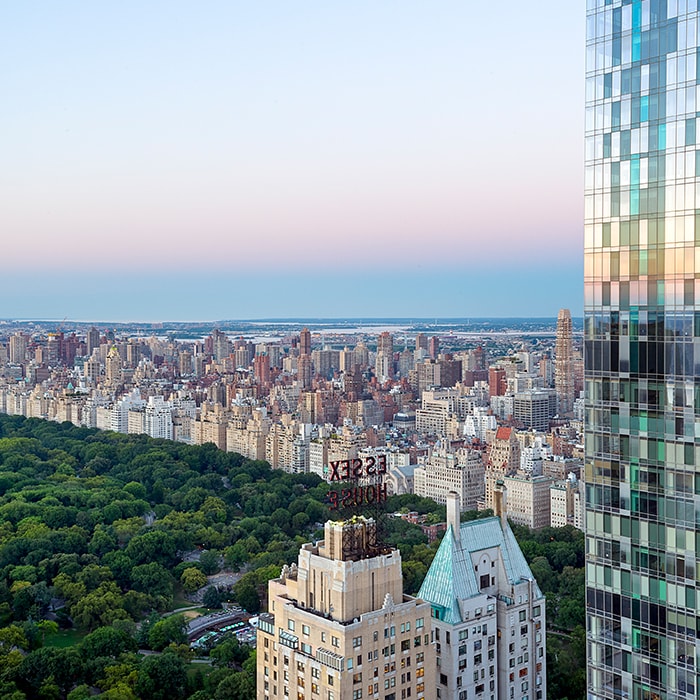 These are just a few examples of the many items that need to be evaluated when considering whether or not to elect into the New York or other PET regimes. An election into a PET regime that benefits one partner, member, or shareholder may be detrimental to another. It is recommended that a careful analysis be undertaken before electing into any PET regime.

1 See generally IRC § 164(a).
2 Note, however, that the deduction will not be considered for purposes of determining an individual’s alternative minimum tax unless the SALT deduction is allowable in computing adjusted gross income under IRC § 62. See IRC § 56(b)(1)(A)(ii).
3 IRC § 164(b)(B) (“the aggregate amount of taxes taken into account… for any taxable year shall not exceed $10,000 ($5,000 in the case of a married individual filing a separate return)”).
4 IRC § 164(b)(6)(B) (referring to taxes described in IRC § 164(a)(1) (real property taxes) and (a)(2) (personal property taxes)).
5 IRS Notice 2020-75, 2020-49 IRB 1453.
6 These include Alabama, Arizona, Arkansas, California, Colorado, Connecticut, Georgia, Idaho, Illinois, Louisiana, Maryland, Minnesota, New Jersey, New York, Oklahoma, Oregon, Rhode Island, South Carolina, and Wisconsin. As of the same date, Massachusetts, Michigan, North Carolina, and Pennsylvania have proposed PET legislation. This is in addition to jurisdictions that already impose entity-level taxes, such as the District of Columbia, New Hampshire, New York City, Tennessee, and Texas.
7 New York Tax Law § 861; New York Tax Law § 860; eligible entities generally include partnerships, limited liability companies treated as partnerships for federal income tax purposes, and New York S corporations (including limited liability companies treated as S corporations for federal income tax purposes that make the New York S corporation election). Entities may be required to file in New York where doing business in New York or having a resident partner within the state.
8 New York Tax Law § 861(c); TSB-M-21(1)C, (1)I.
9 Ibid.
10 Ibid.
11 Pursuant to New York Tax Law § 605(b)(3)(D), a New York resident trust will be exempt from tax under Article 22 where all trustees are domiciled in a state other than New York the entire corpus of the trusts, including real and tangible property; is located outside the state of New York; and all income and gains of the trust are derived from or connected with sources outside of the state of New York, determined as if the trust were a non-resident trust. See also Mercantile-Safe Deposit and Trust Company v Murphy, 19 AD2d 765, aff’d 15 NY2d 579 (July 30, 1963). Because S corporations are only subject to NYPET on New York–sourced income, and New York–sourced income will disqualify an exempt resident trust from exempt status, there would not be a NYPET electing S corporation with exempt resident trust members.