If my name were different, my career might be different.

There’s a barrier to its pronunciation. Most people don’t even try to say it or ask me how. When people do try, I get anxious correcting their pronunciation. For me, as a professional basketball player in the Women’s National Basketball Association (WNBA), announcers, coaches, analysts, and fans have to say my name quite a bit—but I think they avoid it when they can. Sometimes it feels like announcers replace my highlights with those of another player, simply because their name is easier to pronounce.

It may seem like a small inconvenience, but it’s the little questions that don’t get asked that matter.

My name is Nnemkadi Ogwumike. This is how my name is pronounced: 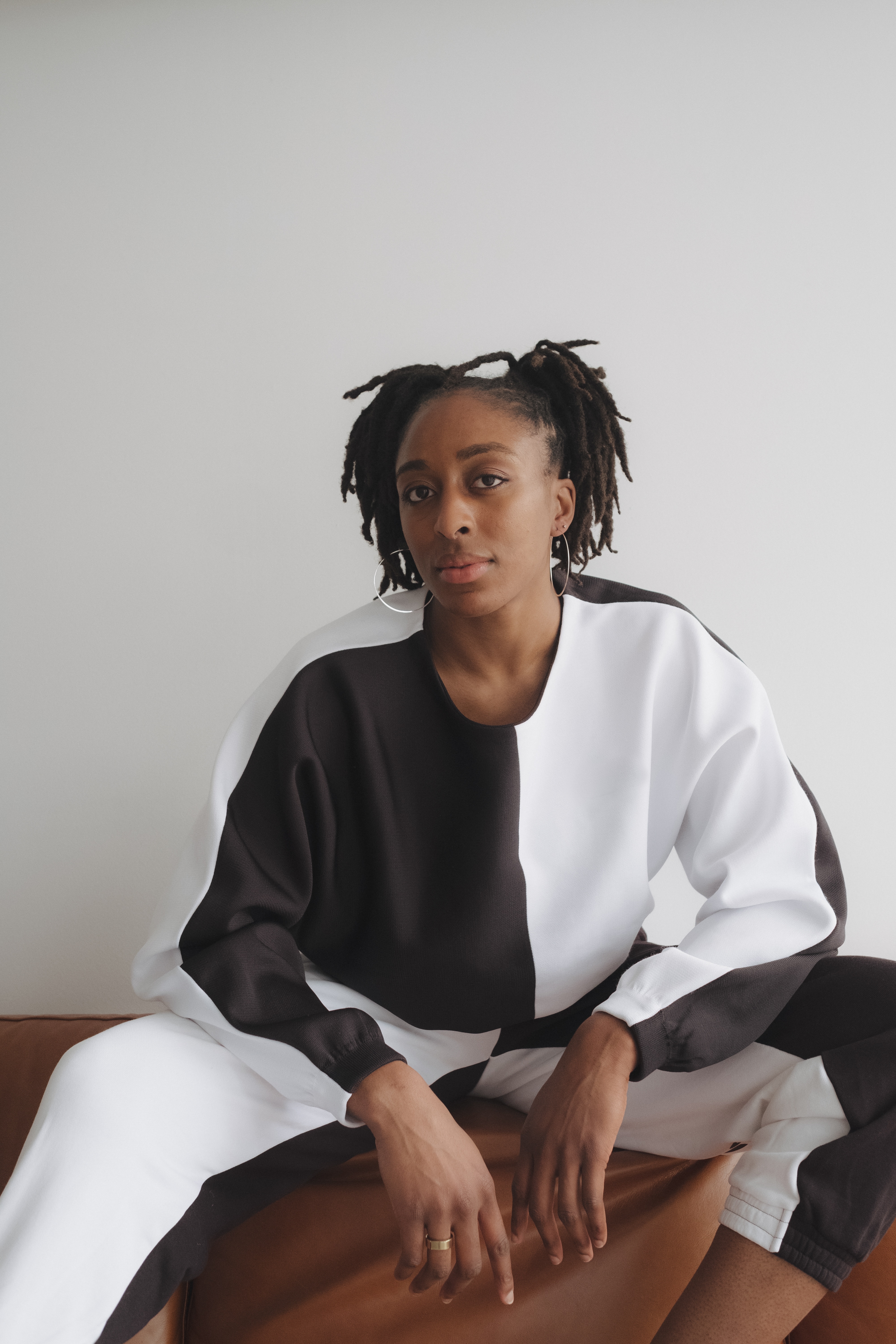 I grew up in Houston, Texas, in a first-generation Nigerian-American family—my mom and dad were born and raised in Nigeria before immigrating to the United States. It was here that my three sisters and I were born. In everything we did, excellence was expected. But teamwork was key. In a sense, being the oldest, I was captain of that team. It’s no surprise that my name means “mother reigns supreme.” I was, after all, like a second mom—my life revolved around not only what I needed, but most importantly the example I set for my sisters. All eyes were always on me.

The foundation of this excellence in our family was being well-rounded; that meant getting good grades, participating in extracurricular activities, leading by example, being active, and engaging in sports activities. We all played piano and were in student government. My sisters played soccer, and I did gymnastics.

My parents quickly realized I was going to be a bit too tall to be a successful gymnast, so a family friend suggested I try basketball. So I gave it a go. I was 11 years old, much taller than my teammates, and my talent was raw. Once I started playing club basketball, my sisters would come to my practices and games—until they started also playing basketball.

I got the hang of basketball pretty quickly throughout junior high and high school, continuing to work hard on the court and in the classroom. Eventually, when I was 17, I was recruited to play at Stanford University, where I saw basketball as an opportunity to get a good education before applying to medical school. At the time, the WNBA wasn’t even a serious consideration for me. My focus once I got to college was on my next test or my next game.

That was until halfway through my senior year, when my sister Chiney, who was also playing basketball at Stanford, said to me, “Hey, you know, you could be a first-round draft pick in the WNBA.” I replied, “I mean, that’s cool, but we have a game tomorrow.”

I never paid attention to what the media had to say throughout my time in college. But after my sister got the idea of the WNBA in my head, the headlines became more and more difficult to ignore. I then decided that in order to make it into the league this year, I’d have to graduate early. Once I did, this dream quickly became a reality when I was drafted No. 1 in the league by the Los Angeles Sparks in 2012.

There are stigmas about athletes—they practice, they play, and they don’t do much else. But my WNBA career has been quite a bit more than basketball.

What keeps me motivated every day is understanding I haven’t figured everything out yet and knowing there’s always more to learn. That’s why, when I was offered the opportunity to spend a few months working with Deloitte’s Black Action Council, I jumped at the opportunity. I wanted to do this internship so I could learn from leaders who are focusing on their Black colleagues. But I also have something to bring to the table. There are stigmas about athletes: They practice, they play, and they don’t do much else. But my WNBA career has been quite a bit more than basketball.

I’m president of the Women’s National Basketball Players Association (WNBPA) and have been since 2016, representing our entire organization of women, most of whom are minorities and most of whom have college degrees, which is something quite unique for a professional sports league.

As president of the WNBPA, I do a lot more than train. I’m constantly looking at the business side of things. I even played a large role in negotiating a collective bargaining agreement, which included increases to player compensation, benefits, and other quality-of-life elements.

People think there are big differences between sports organizations and a firm like Deloitte. But I think there are a lot of similarities that can help us all do our jobs better—and that starts with caring about every employee. Being part of an all-women organization means that we are constantly thinking about the importance of empowering women, especially Black women, and breaking down the racist and sexist stereotypes that can go along with being a woman in sports.

For example, throughout my life, coaches have differentiated between what White and Black players can offer. They say that White players are good shooters and Black players are more athletic. There are times I’ve wanted to say things in response to this, but haven’t, because you don’t want your position on the team jeopardized. In general, I try to be as diplomatic as I can. But when it comes to social justice, I was instrumental in making sure the WNBA didn’t stay quiet. 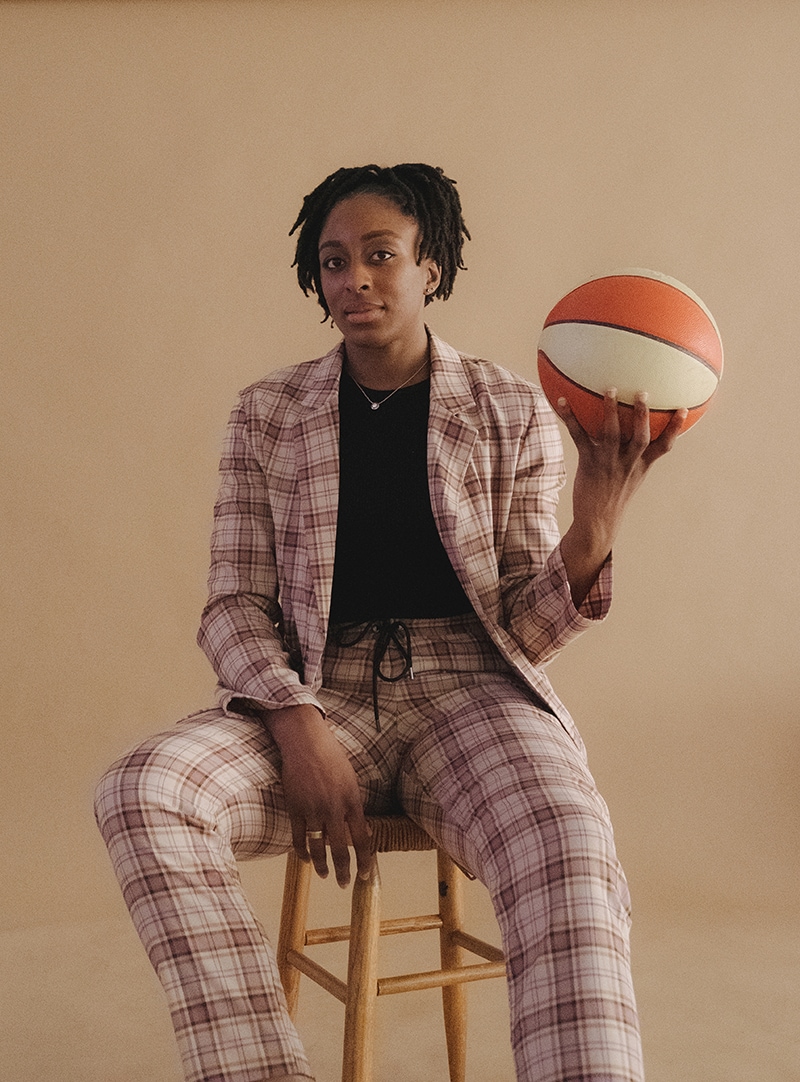 After COVID-19 hit, the WNBA, along with every other sports league, had to make many tough decisions. Are we going to play? Is it worth it? If we want to play, how can we do it safely? And on top of that, how are we going to take a stand with the Black Lives Matter and the Say Her Name movements?

It fell on me as the president to lead this campaign. In my opinion, leading doesn’t look like one thing, and it isn’t done by one person. Leadership is about creating followership. And this group of people must, first and foremost, be willing to listen and create a space for everyone to contribute and feel empowered to speak up—especially if that means having tough conversations.

I learned this firsthand in dealing with the impacts of COVID-19 in conjunction with Black Lives Matter. It was my biggest test and led to one of my proudest accomplishments.

Last spring, after much discussion, we decided to play the 2020 season in a bubble dedicated to social justice. And after hearing disparaging comments from a team owner that directly contradicted our goals, we wanted to respond tactfully and meaningfully. Ultimately, we aligned with voting initiatives we’d already begun toward the task of empowering our voices for ourselves, fans, and communities in ways that impacted us and many on a level much broader than we had expected.

The WNBPA created the opportunity for any players interested to contribute to supporting Raphael Warnock and Jon Ossoff on their own. And, as expected, many of our women stepped up. We had intimate conversations with the honorable Stacey Abrams, Professor Kimberlé Crenshaw, and the now Senator Warnock to educate ourselves on the Senate race and find out what we could do.

We were able to find a way to amplify the importance of voting and wore shirts in support of Warnock, in a sense giving us all a real-life course on government. Knowing we had a hand in that is remarkable. It was a reminder that we all have platforms to make a difference.

Our emphasis on social justice in the WNBA and the use of our platforms can undoubtedly be applied to other organizations. But for organizations to do that effectively, they can’t assume all of their employees believe the same things. Having tough conversations and giving people safe spaces to express their viewpoints can teach leaders what their people really want their company to take a stand on. Then the platforms can be used to support the firm’s true values so they can lead by example, like we did in the WNBA this past year. That’s how authentic, real change is made.

You can’t say a company is supporting Black Lives Matter when they’re not supporting the Black individuals who work for them. That’s why I love getting to be a part of the Black Action Council at Deloitte, where there’s a strong commitment toward better supporting and listening to our colleagues.

For me, remaining passive is not an option. Fighting for justice must be my way of life. As a Black individual, you can make a difference, and you can lead by example. That holds true for individuals of all races. But you have to come together and hold yourself and each other accountable to drive the change we want to see.

The views and opinions expressed in this article are solely Nneka’s own and do not necessarily reflect the opinions of Deloitte or its personnel.

“As a Black man in America, I don’t have the privilege of looking past, minimizing, or ignoring the racial injustice that’s plaguing our country right now. It’s real for me. It’s real for so many.”

“When it comes to racial justice, there’s a lot of doubt out there about the experiences that people have because it’s not their own personal experience. When people are sharing their experiences about being marginalized, believe them.”