Let me tell you about my weekend. My wife and I are looking for a new home and went to see one in Westchester, NY. We didn't really know much about the neighborhood, but people seemed friendly. A few people even waved and smiled as they walked by.

I was on the phone with our realtor in the driveway when I noticed an older white gentleman staring at us from his porch across the street. He walked over and began talking to my wife. He was soft-spoken, so I couldn't hear everything he was saying, but I caught something about it being "a quiet neighborhood without a lot of bars, so don't come here if you're looking to make noise."

Later, my wife filled me in that our potential new neighbor began the conversation by asking her if we're from the Bronx, and then sharing that "there are a lot of 'blue lives matter' people around here" and some "white supremacy folks," but that he wasn't one of them.

Was he trying to intimidate us so we wouldn't buy the house? Was he just trying to be helpful and give us an accurate assessment of the neighborhood?

You could interpret the encounter either way based on your own experiences. While my wife said she would never want to live in a neighborhood where she'd had such an interaction, I had the opposite reaction. Why should we restrict our options because of prejudice? 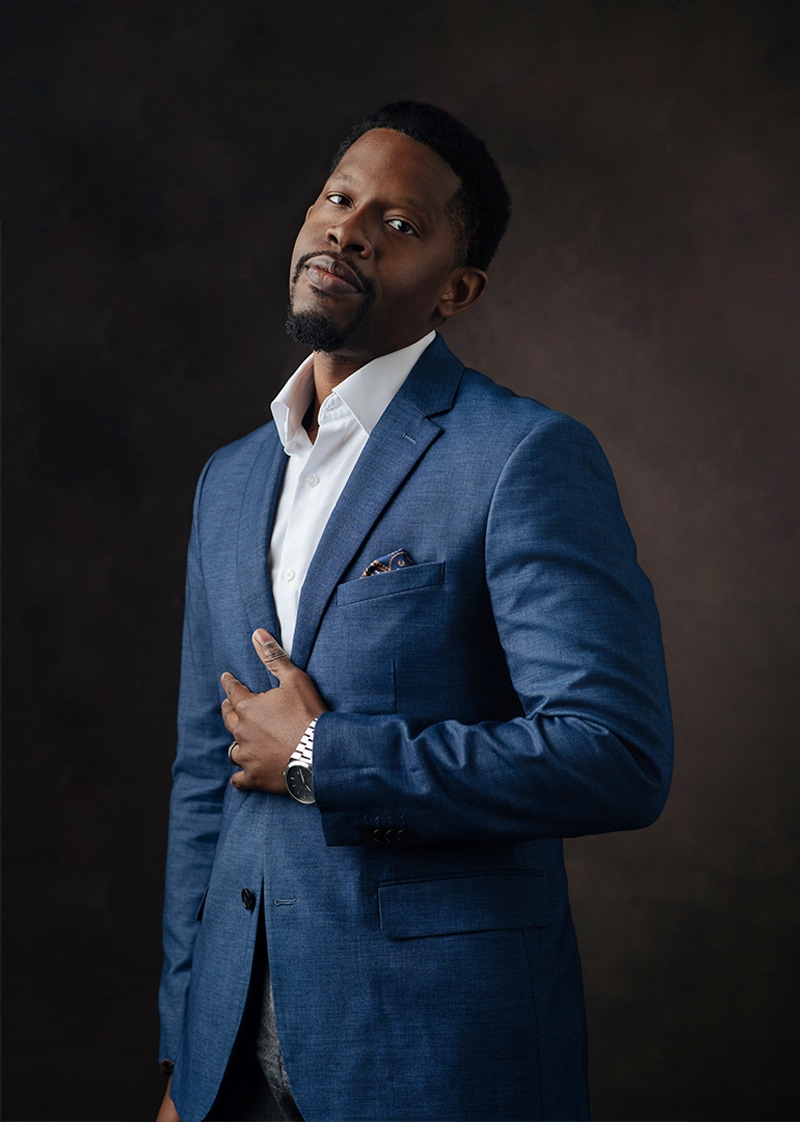 More than 150 years after the abolition of slavery, Black people in this country are still suppressed and oppressed in many ways. Not only with physical and legislative chains, but with mental ones.

Those mental chains tell me to keep my hands out of my pockets while in stores so I'm not accused of stealing. They tell me to have my sons or wife with me so I'll appear less threatening on the street. They tell me to avoid eye contact with police. They tell me to cut my hair short so I'll look more professional. They tell me to do four times as much—not to get ahead, but to just keep up. It's beyond stressful to live with this mindset. So I reject it. I refuse to let my future—and my family's—be limited by fear and intimidation.

Growing up in New York, my parents did a pretty good job of keeping me far from those chains.

Both of my parents were born in Belize, and we came to the United States in the '80s—shortly after I was born—in search of greater economic opportunity. They didn't move to the United States with deep knowledge of the institutional racism in this country, but they certainly came to understand it. They became aware of—and felt—the racial injustice of the time.

I wasn't old enough to comprehend the beating of Rodney King. To fully grasp the racial tensions of the LA riots. But I knew something was brewing.

I grew up in a diverse neighborhood in Yonkers. My schools were filled with kids of different races, religions, and ethnicities. It wasn't until I was completing high school—and transitioning into college—that my general awareness of race became experiential.

When I walked into my first honors class my freshman year at Pace University and was the only Black student in the room, it was a shock. Where did everybody go? Where were all the friends I made during orientation?

I started to realize that this is what my post-college and professional world might look like. And that proved to be right.

As a Black man in America, I don't have the privilege of looking past, minimizing, or ignoring the racial injustice that's plaguing our country right now. It's real for me. It's real for my six-year-old son, who came to understand—far too young—that some people may be prejudiced against him because of his skin color. It's real for my wife, who worries every time I go for a jog. It's real for so many.

Thanks to this organization, however, I know what it feels like when a team values different experiences and embraces diverse perspectives. The proof of this organization's commitment to inclusion is in the relationships I've made with people of all different backgrounds. Yet as I navigate client engagements, teams, and office floors with infrequent interactions with other Black professionals, the questions I now ask are: Why aren't we here? And how did I get here?

I wouldn't say I went into accounting because I thought it was the most exciting career path out there. To be honest, I was drawn to the profession because I was told that accountants made money. I was allured by the monetary opportunity. Growing up, my sense of purpose was tied up in gaining material possessions. I wanted to work hard so I could get as much as I could. But as I began to attain those goals, I realized I still didn't have a sense of fulfillment despite the nice clothes and a new car.

As the years passed, I connected more deeply to my faith and realized that life's not just about acquiring material things. I wanted to take my skill set and make a positive impact in society. My voice and my story are part of that skill set.

Returning to work after witnessing the murder of George Floyd was challenging because I was hurting. I felt hopeless. I couldn't just carry on with business as usual and act like it didn't happen.

As a Black man in America, I don't have the privilege of looking past, minimizing, or ignoring the racial injustice that's plaguing our country right now. It's real for me. It's real for my six-year-old son, who came to understand—far too young—that some people may be prejudiced against him because of his skin color. It's real for my wife, who worries every time I go for a jog. It's real for so many.

After processing what happened to George Floyd and reflecting on the tragic deaths of Ahmaud Arbery, Breonna Taylor, and others, I wrote a poem titled "Kerosene." I wanted to lend my voice to the cause. To further understanding of the obstacles Black people face in this country. To affect the hearts and minds of passive observers. To connect with people of conscience of all races who are sitting on the sidelines and haven't yet realized that this is their fight too. 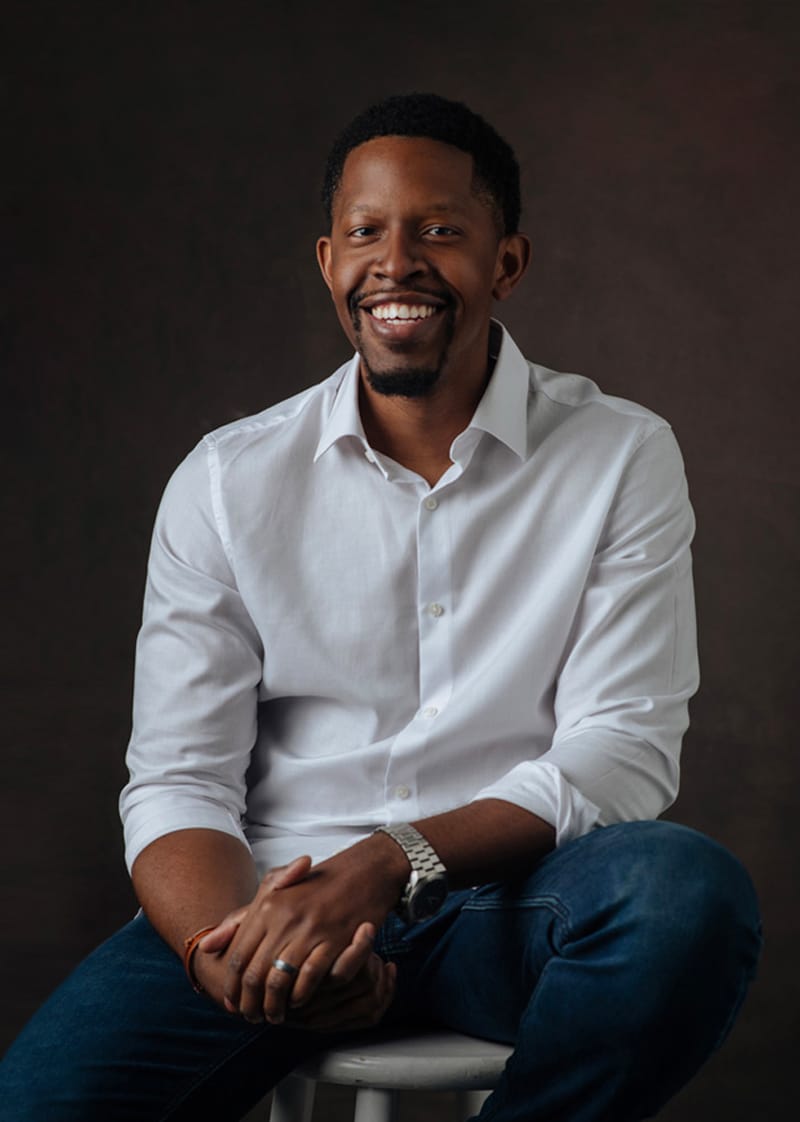 A few years ago, I never would have shared this poem with my colleagues because I didn't know if I could safely bring my complete and authentic self to work. I wasn't sure if my experience would be understood. So instead of taking that risk, I presented a slightly different version of myself to my colleagues than I did with my family, around my friends, and at church. It was exhausting to compartmentalize myself based on my environment.

Over the past few years, I've done my best to step into full alignment with who I am called to be. Ultimately, I want to feel comfortable being my authentic self no matter what circle I'm in. Because when you compartmentalize yourself, you're depriving not only those around you, but yourself, of the opportunity to make genuine and impactful connections.

That authentic personal connection is a key element of what is required to generate the empathy that will lead to substantive change in society. And that's the call to action in my poem: for people of conscience to become agents of change.

To acknowledge our shared story, lend your voice to the cause, and seek to overturn oppression.

But what you CAN do is actively share messages of understanding and unity in your own circle of influence.

Start by using your voice there. Because we can't afford for purveyors of peace to sit in silence any longer.

The views and opinions expressed in this article are solely Kevin's own and do not necessarily reflect the opinions of Deloitte or its personnel.

“I think people need to start recognizing that this country doesn’t educate us to be racially aware—and definitely not to be change agents for racial equity.”

“For me, remaining passive is not an option. Fighting for justice must be my way of life.”