Edgar Rosillo has been saved

Edgar Rosillo has been removed

“It’s ok to shoot for the stars, but I have to work my way up there.”—Edgar Rosillo, Dallas, TX, Global Employer Services, Deloitte Tax LLP

Edgar Rosillo finds the silver lining in every cloud. His parents moved their family of six from Mexico when he was five “to give us a better future.” His parents had been doctors but gave it up, living in a trailer on the outskirts of Austin and working odd jobs. “They gave up their professions for our success,” Edgar notes. After a few years, they settled in San Antonio and started a small medical equipment company. “Mom and Dad are wonderful doctors, but when it came to business, they simply had no clue.”

The company spun into Chapter 13 Bankruptcy. What happened next says a lot about Edgar. He was just 18 at the time, but he dove into the finance of the company, installed QuickBooks™, trained the staff, and managed the bankruptcy. He’d had exactly one accounting class at the local community college. “I was going to court…defending the financials. That experience gave me a feel for accounting.”

He continued with accounting at San Antonio College then transferred to the University of Texas at San Antonio, completing degrees in accounting and finance and earning his master’s in accountancy. While in college, he heard about the Big Four and applied for internships. “I got rejected everywhere.” True to form, that didn’t stop Edgar.

He landed a part-time position at a small accounting firm in San Antonio. His year at the firm gave him experience in audit, tax, and various industries and it helped him get an internship with an American multinational telecommunications corporation in the international accounting department. After a year, they offered him a full-time position as a senior accountant. Edgar chose to stay in school. Then, as a senior in college, he was given an opportunity to intern with Deloitte under the Future Leadership Apprentice Program. He loved it. He went back to school to get his master’s and, upon graduation, found himself among the stars he’d been shooting for. “Lo and behold I had four offers, three from the Big Four accounting firms.” He chose Deloitte over the others because, “they valued me as an individual. They wanted me to make an impact.” And Edgar has.

I was 18, and a freshman in college, when I started helping my parents with their bankruptcy. With some drive and knowledge of the principles of accounting, I reorganized their whole company and implemented QuickBooks™. Since I was the finance and accounting 'expert,' I was reporting directly to the bankruptcy appointed US trustee. I was going to court hearings, defending my parents, their company, and its financials. I would nervously wait for the judge to dismiss creditors’ allegations and would pray for our lawyer’s success. That bittersweet experience gave me a feel for accounting and made me think, ‘I like this. I like working with numbers. I like understanding what they mean and how they affect businesses.' 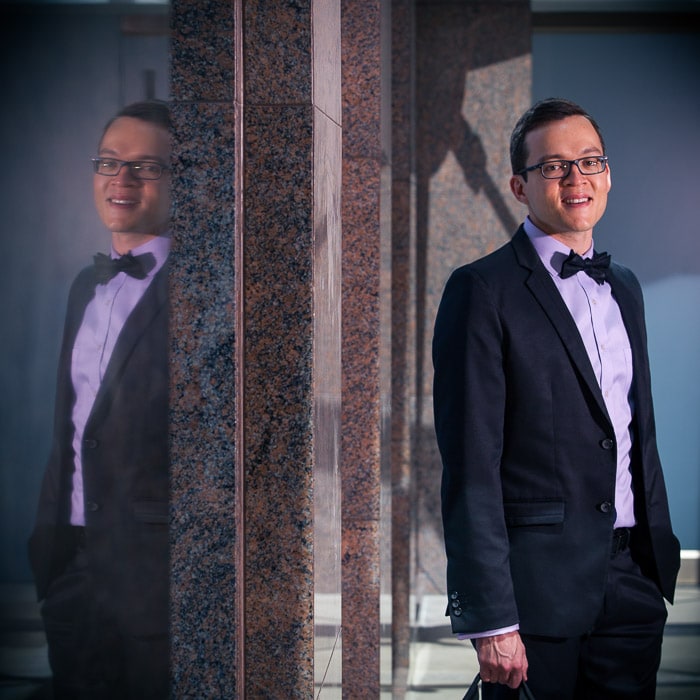 An eye for improvement:

“If I see something that needs change, I suggest it to management, ‘Perhaps this could be better this way? And they are usually like, ‘Yes, let’s consider implementing that change.’”

Today, Edgar works with international companies on inpatriate and expatriate taxation and consulting. “We address companies' concerns with items like global expansion, taxability of compensation, country tax treaties and global program restructuring.” He manages people in Dallas, Tulsa, St. Louis, and India. It’s complex, ever changing, and critical work, particularly given how globalization has begun to drive tax transformation in many companies.

But perhaps what makes Edgar most proud is his work with Deloitte’s Inclusion effort and giving back to the community. He was selected, participated in, and has graduated from Deloitte’s NextGen Leadership program. He is a leader of his local Hispanic Network Business Resource Group and sits on the board of an external organization which champions minority leaders. Through it, he’s helped Deloitte attract more people like himself, people who are bright and hardworking, but didn’t necessarily attend a prestigious university or receive various privileges that some may take for granted. “I am happy to see more diverse professionals walk through our doors,” he says.

Edgar is part of a Deloitte cycling team and has participated in various charity rides. His passion for cycling and community has been tested by his continuous efforts to fundraise and complete the Tour de Cure (fight against Diabetes) and MS150 (fight against Multiple Sclerosis) rides.

#Edgar in 140-characters or less

“Proud Mexican. Hard worker, dedicated to family, work and the community...I am here to help.”