The future of sports broadcasting has been saved

The future of sports broadcasting has been removed

The future of sports broadcasting

In a world where consumers are no longer tied to broadcast and cable schedules to catch their favorite shows, live sports are the exception. Sports is one of the few remaining content types/genres that fans will go out of their way to watch live. This passion equates to a big opportunity for sports teams, advertisers, and over-the-top (OTT) streaming and broadcast media companies. The future of sports broadcasting includes new ways to keep fans engaged and capture their attention with compelling, authentic experiences.

When it comes to sports content—whether through OTT streaming or broadcast channels—the Deloitte Fan Experience survey found that:

Ultimately, improving the broadcast and OTT experience has the potential to improve overall fan satisfaction, resulting in increased opportunity for better financial outcomes. In fact, more than 60 percent of fans surveyed related a great broadcast experience to becoming more engaged with the team and being more likely to both watch and attend a game, and nearly 40 percent felt closer to team sponsors.1

This article is the second in a series addressing three individual aspects of fan engagement. The series started with the stadium experience, it now examines engagement through over-the-top streaming and broadcast media, and it will wrap up with the year-round fan experience. The series of articles comprises findings from a Deloitte survey of more than 15,000 respondents who were asked about relative importance and level of satisfaction with key attributes of fan engagement.

The Deloitte survey asked each respondent to self-identify their level of fandom for each of eight sports/leagues: eSports, Major League Soccer (MLS), Major League Baseball (MLB), The National Association for Stock Car Auto Racing (NASCAR), National Basketball Association (NBA), National Football League (NFL), National Hockey League (NHL), and The Women's National Basketball Association (WNBA). For each sport/league fans could self-identify at one of five levels: fanatics, love it fans, casual fans, knowing the sport but not a fan, and not being familiar with the sport. Fanatics were defined as never missing a game—either in person or on TV; love it fans were defined as watching often and going to live events when they can; and casual fans were defined as watching every now and then.

Looking at Nielsen’s top-rated live programs for 2018, something stands out: 89 of the top 100 US broadcasts were live sports, in terms of same-day viewership. The Super Bowl and NFL playoffs led the ratings, with other major sports events and championships filling in behind.2

Live broadcast is only part of the picture. To get a true sense of the impact sports has, examine the share of broadcast and streaming hours fans spend on sports. Deloitte’s Fan Engagement survey found that approximately 45 percent of sports fans consume more than six hours of broadcast or streaming content per week. Nearly half of these fans watch at least six hours of sports content for an individual league on a weekly basis.3

With live sports service as a key point of attraction for broadcast and streaming services, it is not surprising that the past 18 months have seen significant market activity. In April 2018, Entertainment and Sports Programming Network (ESPN) launched its new, $5 streaming service ESPN+, which passed one million subscribers in under five months.6 Two months later, DAZN announced its entry into the US market with a nine-figure global deal to stream Bellator events.7 In recent months, Hulu has run a series of ads, highlighting their entry to the live sports market through the use of NBA stars such as Kevin Durant, Damian Lillard, and Giannis Antetokounmpo.8 Most recently, 21 regional sports networks have been sold twice—first as part of a broader deal from Fox to Disney, and then on their own for $10 billion to Sinclair.9

The future of sports broadcasting: Sports that follow fans

While exclusive rights deals lock some sports content into certain providers and channels, the mechanism through which fans reach those channels, and what they expect from the broadcast itself, is evolving. For more than 75 percent of fans surveyed, cable and satellite TV remains the preferred viewing options; only 61 percent of Millennials prefer cable and satellite TV.10 Instead, the percent of Millennials who prefer TV streaming options edged higher.11

As the rollout of 5G improves wireless connectivity and the quality of device screens gradually increases, fans will likely continue to look to their mobile devices for sports viewing, leading to an increase from more than 10 percent of all fans and more than 20 percent of Millennials who say they watch on a tablet or phone today, and connecting to the fan desire for ease of access at a time when leagues and teams continue to explore exclusive licensing agreements.13 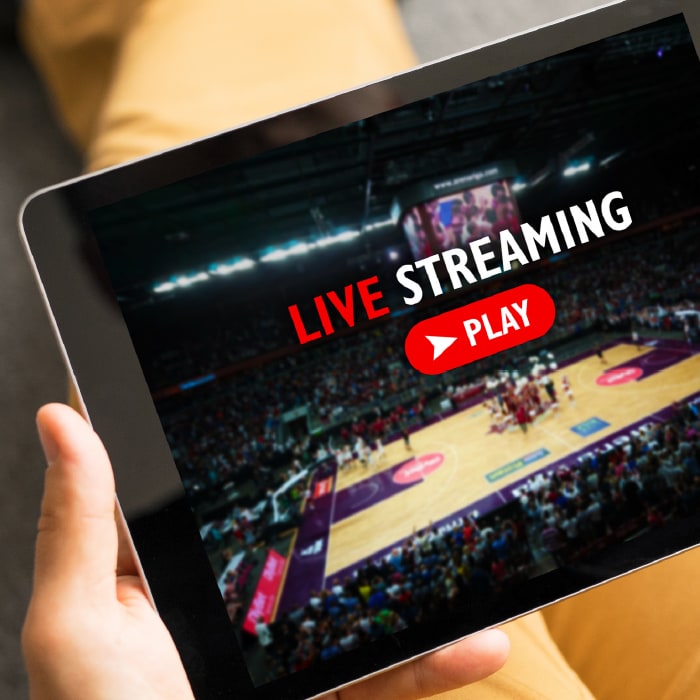 Watching sports is an increasingly social experience, often driven by younger fans. Survey results show that while 53 percent of Baby Boomers prefer to watch games alone, and 68 percent prefer not to interact with other fans while watching games, those numbers drop to 31 percent and 34 percent, respectively, for Millennials.14

Among young Millennials (18 to 24 years old), a significant portion of the increase in desired social interaction comes digitally. Plus, Millennial use of social media spans far beyond fan interaction; more than 58 percent of Millennials surveyed use social media to get updates on their favorite teams and players while watching the game, and more than 52 percent would be interested in using social media as a viewing platform for the game itself.15

Teams, leagues, and broadcasters should assume that fans are interacting with the game, their friends, and the broader fan community on a second screen. This brings both challenges and opportunities to create deeper connections with individual fans globally. Teams can now interact with fans on any given day through social channels, digital platforms, or events. 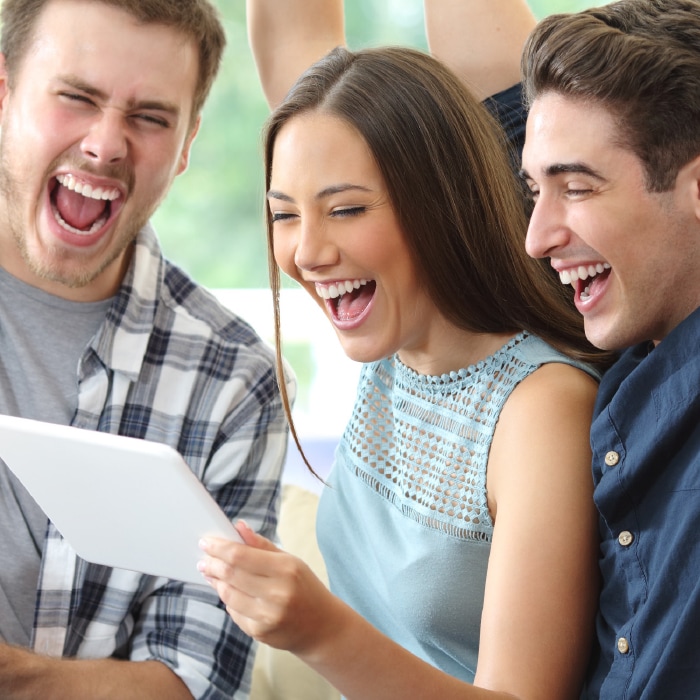 Among all age groups surveyed, average fan satisfaction across broadcast and streaming attributes was only 39 percent, a full 15 percent lower than fan satisfaction with the in-stadium experience.16 This dissatisfaction is something that could drive fans away from sports, particularly in the competitive entertainment landscape with proliferating streaming platforms and sports alternatives.

The single most important factor for fans is picture quality, followed closely by the ability to watch by the “best available device,” and the ability to do the basic fast-forward, pause, and rewind functions. Fans would also welcome customization options, including anything from the ability to choose their announcers to choosing the camera angle fans want to use to watch the full game.

As important as these innovations are to digital fan engagement, they also tie to the bottom line of leagues, teams, and broadcasters—drawing more eyeballs as fans move from casual to fanatic, engaging new partners for personalized advertising, and offering new products such as purchasable segments of out-of-market games.

As technology has improved there have been examples across teams and leagues of key innovations:

AR: The MLB has used Statcast to continue to advance their batted ball and pitch-tracking capabilities, enabling the increasingly popular launch angle and home-run tracking.18

The LA Clippers and Second Spectrum announced CourtVision for this season, allowing local subscribers to choose between viewing modes ranging from “player,” where expected shooting percentages are overlaid on players, to “mascot,” where animations such as thunderbolts and flexing giants appear on screen at relevant moments in the game.19

VR: The NHL announced a partnership this season with NextVR to create new, exclusive VR experiences for fans, debuting at the All-Star game.20
Subscription model: This season, the NBA debuted an option through League Pass where fans can purchase the fourth quarter of games for $1.99, and it is working toward an even more flexible purchase model.21

Announcer choice: Amazon debuted a choice of announcers for their slate of Thursday night NFL games, with viewers given the choice between the Fox crew, and the Amazon team, made up of the first-ever all-female NFL broadcast team.22

Engaging fans in person and at home