Niche or next? Utilizing VR for live sports has been saved

Niche or next? Utilizing VR for live sports has been removed

An Article Titled Niche or next? Utilizing VR for live sports already exists in Saved items 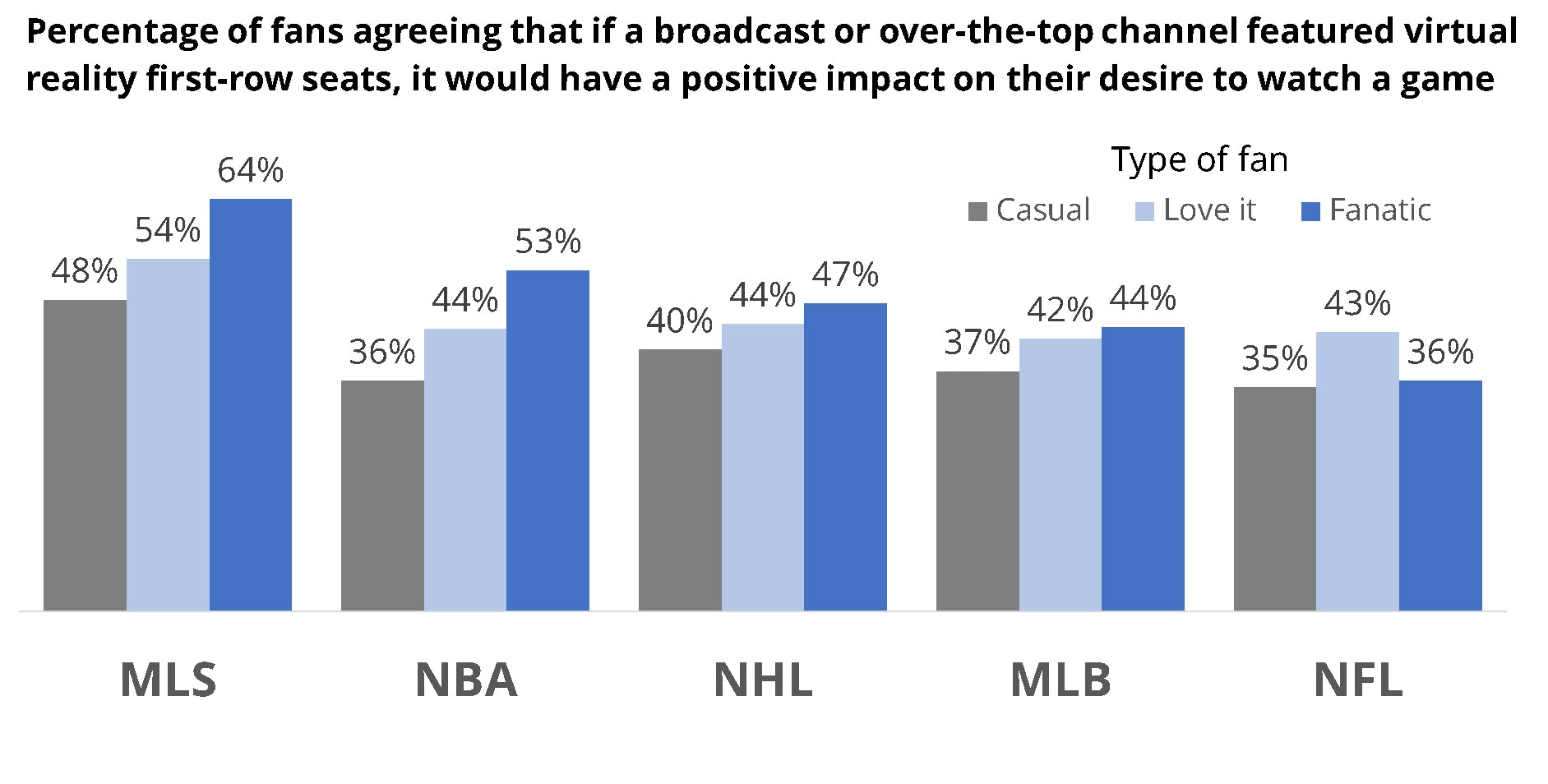 In the face of uncertain stadium attendance, vacillating ratings, and changing viewing habits, the five major US professional sports leagues (NFL, MLB, NBA, NHL, and MLS) and broadcasters are looking at virtual reality (VR) to capture the imaginations of their at-home audiences.1 While VR is already a common training tool for athletes and popular for sports gaming, it could provide a new means for fans to consume their favorite sports from the comfort of their living rooms.

One reason leagues and broadcasters are hopeful that VR will attract new viewers is its ability to enable fans to watch games from unique vantage points (such as from the perspective of a quarterback or goalie). As a result, viewers gain a new level of intimacy. Viewing in VR could also allow fans to participate in different forms of socialization and discover a more affordable way to become part of the game if they can’t make it to the stadium.

There’s evidence that fan interest in VR and headset adoption is increasing, but it may still be too small to create a significant market in the near term. According to the 2018 Deloitte Fan Experience survey, when asked if they would be more likely to watch a game if they had access to VR front-row seats, a majority of hardcore fans of MLS and the NBA agreed.2 This could be because fans of those sports tend to skew younger or because they believe that a virtual experience is more appealing for those particular sports.

However, the number of consumers who currently own a VR headset is fairly small; Deloitte’s “Digital Media Trends Survey, 13th Edition” (2019) found that only 14 percent of all respondents owned one.3 Despite this, the potential market will likely grow—Statista estimates sales of VR headsets will reach seven million units in 2019, growing to 36.7 million units by 2023.4

Broadcasters and leagues have been exploring this potential market over the past few years. Both the NHL and NBA have partnerships with NextVR, a producer of live VR broadcasts.5 Through the NextVR app, fans can watch portions of the NHL All-Star Game and Stanley Cup Final, along with live NBA games and highlights. For the 2019–20 NBA season, six games will be broadcasted for free in 3D stereoscopic VR (with even more 3D VR games made available for premium subscribers). Major League Baseball has been using the MLB At Bat VR app since 2017, and Fox Sports and Entertainment and Sports Programming Network have apps of their own for use with various VR headsets.6

Despite the growing interest and applications, fundamental questions should be addressed before widespread adoption occurs. Let’s use five “C’s” to frame the issue:

Allan Cook, Deloitte’s digital reality business leader, Deloitte Consulting LLP, sums it up: “While next-generation content consumption is on the rise, there are still some key challenges that need to be overcome before mass adoption. However, there is a path and a willingness for this to become a reality.”

Watching sports in VR will likely remain a sideshow until it can dramatically improve the overall viewing experience or present something truly unique. The potential is there, but leagues and broadcasters have work to do to create something that can’t currently be duplicated at home or in a stadium.

This charticle authored by David Jarvis on November 15, 2019.

Leading in a VUCA world

How 21st-century leaders can find success amid volatility, uncertainty, complexity, and ambiguity (VUCA)