Economic cycles: What should CFOs prepare for now? has been saved

Economic cycles: What should CFOs prepare for now? has been removed

An Article Titled Economic cycles: What should CFOs prepare for now? already exists in Saved items

In this issue of 'CFO Insights', we’ll look at which looming dangers have the combined potential to upend the economy in 2020, what CFOs should consider doing now to prepare their companies, and how a weaker economy requires finance leaders to become stronger decision-makers.

The economic recovery’s forthcoming 10th birthday should be a cause for celebration, as it will then cross the threshold toward becoming the longest expansion in US history. But, like people, expansions can become more fragile over time.

For now, however, most economic indicators look robust: The economy grew at a stronger-than-expected rate of 3.2 percent in this year’s first quarter,1 the unemployment rate has only risen slightly since September 2018, when it plunged to a 49-year low;2 and the S&P Index recently surged to an all-time high.3

Yet what appears to be a bright sky looks to many CFOs like an opportunity for dark clouds to move in. In Deloitte’s North American CFO Signals™ survey for the first quarter of 2019, the vast majority of respondents said they expected either an economic slowdown (74 percent) or a recession (15 percent) by the end of 2020.4 The survey drew responses from 158 CFOs, representing many of North America’s largest and most influential organizations.

Their pessimism isn’t rooted in a vague hunch that the expansion is living on borrowed time. Those CFOs expecting a downturn were most likely to cite three main factors: US trade policy, slowing growth in China and Europe, and the length of business and credit cycles. And in this issue of CFO Insights, we’ll look at which looming dangers have the combined potential to upend the economy in 2020, what CFOs should consider doing now to prepare their companies, and how a weaker economy requires finance leaders to become stronger decision-makers.

Why the growing may slow

In the CFO Signals survey, 15 percent of CFOs said they already see signs of a downturn in their company’s operations; that figure was higher among CFOs in the technology and services sectors, both at about 30 percent.

What CFOs in those sectors may be reflecting is the tension between the world’s two largest economies as they work to negotiate a new trade agreement. But US/China relations aside, many more already-visible forces threaten to slow economic growth—and are contributing to Deloitte’s forecast that now shows a 90 percent chance that the US economy will grow at a rate below 1.5 percent in 2020.5 They include: 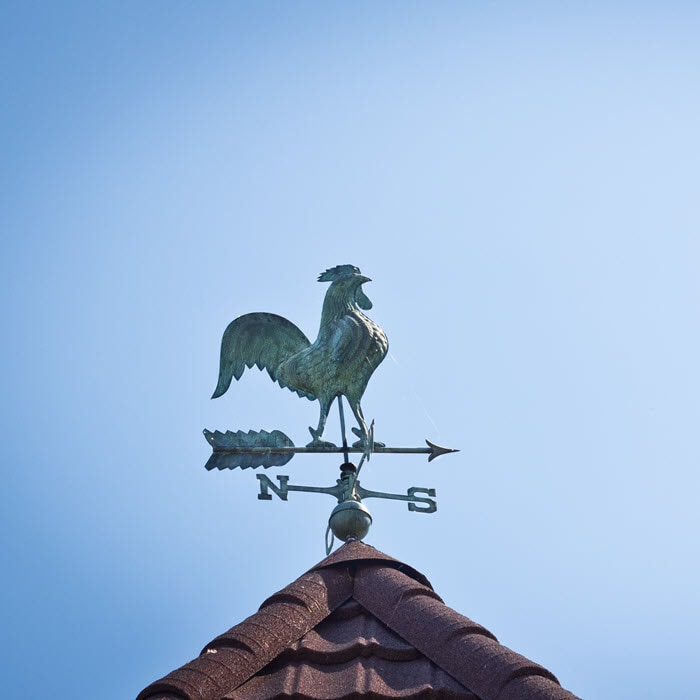 What the early movers are thinking and doing

In terms of the first defensive actions that leaders would take in the face of a downturn, the most common responses revolved around reducing discretionary spending and limiting or reducing headcount. More than three-fourths of CFOs cited reducing discretionary spending (for supplies, travel, meetings, etc.) as one of their top responses to a downturn. More than one-third said they have already begun to take this action.

The next most frequently chosen defensive actions involved limiting or reducing headcount, with 54 percent citing hiring freezes/reductions and 38 percent claiming headcount reductions. Twenty percent of CFOs indicated they have already begun to undertake hiring freezes/reductions, while 18 percent have started to reduce headcount. The top tier of strategies also included delaying or canceling investments and retiring debt (or reducing leverage). Nearly one-third of surveyed CFOs indicated that altering their investments is a top tactic, but only 8 percent said that have already taken this step. In contrast, 21 percent of CFOs noted debt changes are a top tactic, and 15 percent said they have already taken this step.

If any coming slowdown is neither severe nor long-lasting, such cost-pruning measures may be enough to not only sustain many organizations through the decline—but perhaps even equip them with the resources to grab market share from their less-prepared peers. Should the economy signal the increased likelihood of a full-blown recession, however, CFOs may need to make much more drastic moves, reshaping their own operating models and rethinking the core assumptions upon which they’ve structured their strategic and planning priorities. 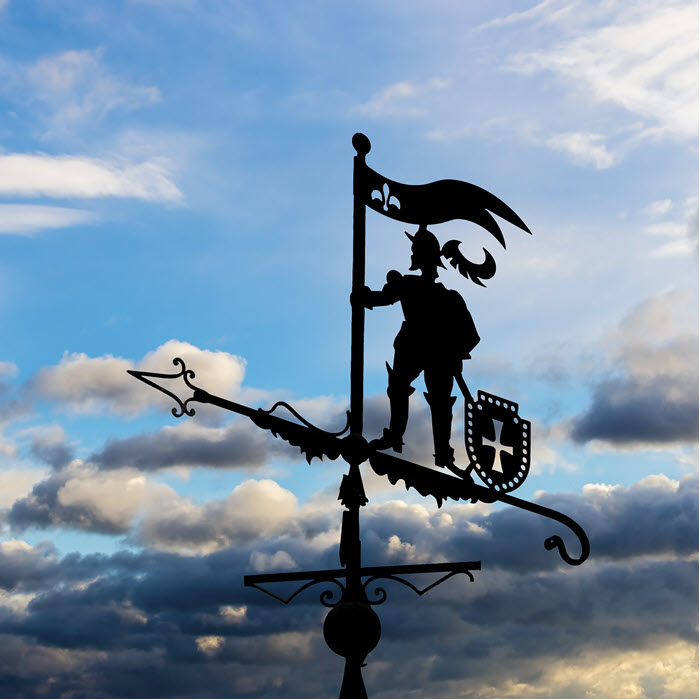 What are your playbook options?

CFOs don’t have the luxury of being lulled into believing that the economy couldn’t possibly deteriorate anytime soon. But they also should be prudent about taking measures that will exacerbate the impact of any downturn—and impair their companies’ participation in the subsequent recovery. After all, such dips typically last no more than 10 months.6

It’s also worth remembering that the impact of a down economy will vary depending on the type of business. While some companies may be experiencing a recession, others may be busy binging on investments. Nonetheless, most finance executives will want to take steps to ensure their companies have sufficient resources to navigate through the downturn, successfully managing the risks and positioned to emerge from it ready to grow. Among them:7

Clarity, in fact, may be the most effective weapon that CFOs can wield in a downturn. As economic changes bear down on the business, a finance leader’s most potent parry may be the ability to deliver actionable insights in a timely fashion. While attempting to predict the precise schedule of any impending economic shift can sometimes seem futile, the consistent ability to make informed, future-facing strategic decisions should retain its value for a long time. Is the next economic crisis buried in corporate debt?

The seeds of the next potential financial crisis may have been planted during the Great Recession of 2007 to 2009.

A decade ago, the Federal Reserve slashed the federal funds rate to almost zero, where it stayed until the end of 2015. Since then, it has raised interest rates nine times, until signaling this year that it “would be patient in assessing the need for future adjustments.”8

That means companies can look forward to continued, relatively low rates just as they have during the past decade, when record low post-recession interest rates made it cheap to borrow money and use it to invest in the business or to reward shareholders. (The latter, in the form of share buybacks and dividends, has been far more common than capex among the biggest nonfinancial companies.)9

The question, though, is whether they’ve borrowed their way into the next bubble. As of the third quarter of last year, nonfinancial business debt had risen to more than $15 trillion, with corporations accounting for almost two-thirds of that amount.10 Debt securities have risen faster than loans.

But the rate at which debt has accumulated doesn’t represent the greatest risk—it’s the quality of the borrowers. As of 2018, investment-grade bonds composed roughly three-quarters of the market, compared to at least 90 percent during two recent post-recession recoveries (from 1992 to 2000 and 2002 to 2007). And borrowers’ ability to pay their interest expenses on that debt—as measured by the interest coverage ratios of the 1,000 largest ones—has declined between 2010 and 2017.11

If the economy remains stable, and interest rates stay put, borrowers are likely to keep rolling over their leveraged loans. But if economic growth decelerates, and the Federal Reserve makes a U-turn regarding interest rates, the difficulties such companies might encounter servicing their debt could magnify the impact of even a mild downturn. In that case, corporate debt may become the subprime mortgages of a future financial crisis.

5 Why 2020 could be a dangerous year for the US economy, Economics Spotlight: October 2018, Deloitte Services LP; https://www2.deloitte.com/insights/us/en/economy/spotlight/economics-insights-analysis-10-2018.html.

6 Recession: How will you play to win? CFO Program, Deloitte LLP, 2009; http://kambil.com/wp-content/uploads/PDF/deloitte/CFO_Recession.pdf. 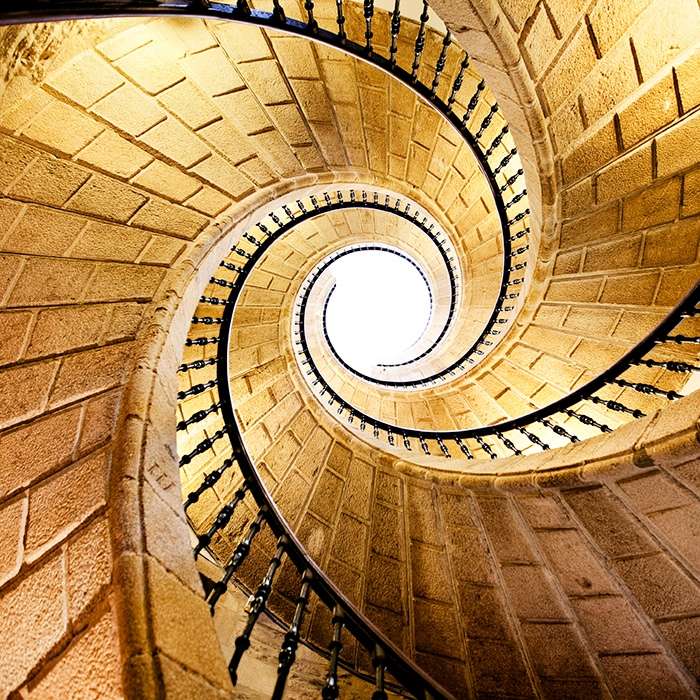