Biometric authentication is gaining trust—but is it foolproof? has been saved

Biometric authentication is gaining trust—but is it foolproof? has been removed

An Article Titled Biometric authentication is gaining trust—but is it foolproof? already exists in Saved items

Biometric authentication is gaining trust—but is it foolproof?

As the use of biometric authentication rises among smartphone owners, new challenges loom

Improved connectivity has provided significant benefits to everyday life, such as consumer mobility and instantaneous communication. But it has also fueled concerns over security, storage, and ownership of personal data.

We now live in an age where consumers mail DNA swabs to learn more about their ethnicity, and where device makers continue to advance security functions that involve biometric data. It’s time to consider the relationship between technological advances and sensitivity about data security.

Use of biometric authentication has grown among US consumers, particularly for people who use their smartphones for financial transactions.

Consumers are becoming increasingly aware of data breaches, unauthorized data sharing, and personal data theft. They understand the risk and want to have more ownership and control over their data.1 To protect their digital identity, US consumers are increasingly relying on biometric authentication. In this context, biometric authentication is any automated method of verifying the identity of device users based on physiological characteristics, such as fingerprints and voice/facial recognition.

According to Deloitte’s 2018 global mobile consumer survey, nearly half (48 percent) of US smartphone owners use at least one biometric authentication method for unlocking, authorizing, or validating applications or processes.2 Penetration is even higher among consumers who use their smartphones for financial activities such as online banking transactions (63 percent) or transferring money (67 percent).

Given their widespread adoption and utility, smartphones contain an array of personal information such as banking details, purchase history, and even health care data.3 Hence, many device manufacturers are embedding robust biometric authentication functions that also enhance consumer data protection. This has bolstered development of specialized microchips and increased the number of patents filed in this space.4

However, new security threats are brewing. As the use of biometrics grows, so, too, does the nefariousness of hackers aiming to violate these safeguards. For example, researchers at two leading US universities have discovered it is possible to create copies of fingerprints that could potentially unlock almost a third of existing smartphone models.5 Similarly, a set of experiments done by a UK-based studio demonstrated how easy it is to hack facial recognition systems using 3D-printed heads.6 Some experts also believe that biometric authentication could infringe consumer privacy, leading to a new way of selling personal data that correlates with buying behavior.7

Companies also should be cognizant of the privacy aspect of biometric data. Given current sensitivities about hacking and data security, the risks associated with a breach related to facial biometric data, for example, could not only undermine consumer confidence in these technologies, but also be catastrophic for the company. As such, companies pursuing biometric authentication should develop a robust, fully transparent privacy policy to build and maintain consumer trust.

This charticle authored by Shashank Srivastava on April 3, 2019.

A new era in mobile continues

Once again, smartphones are at the center of the connected universe. Our survey revealed that consumer habits—from smartphone and smartwatch adoption and increased use of digital voice assistants to demand for data and anticipation for 5G—continue to dictate telecommunications trends. 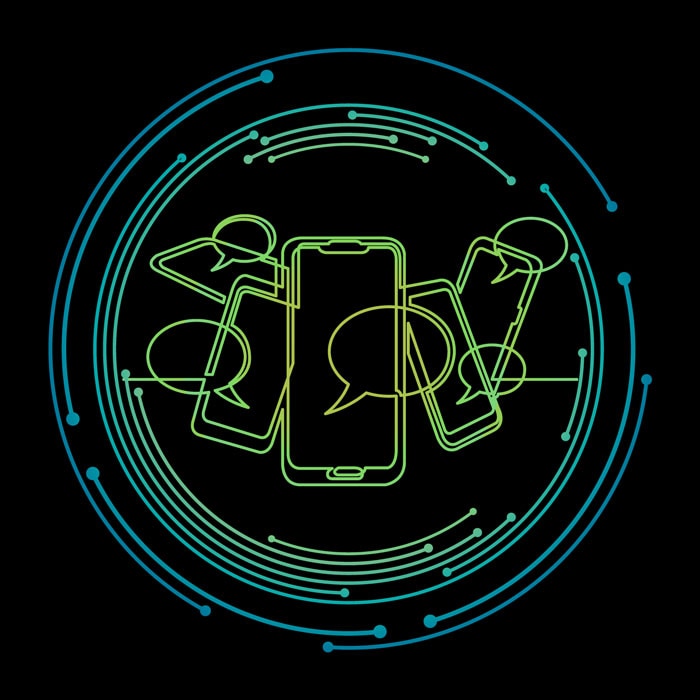 Will media and entertainment companies use sports gaming to boost fan engagement?

Issues for CIOs: Why being a 'softie' is a good thing

The non-technical skills most valued by TMT CIOs