'And the award goes to…:' has been saved

'And the award goes to…:' has been removed

An Article Titled 'And the award goes to…:' already exists in Saved items

Streaming platforms have disrupted the entertainment ecosystem. However, a record haul of Oscar® nominations suggests that Hollywood success remains pivotal to their growth.

Hot on the heels of a momentous Golden Globe Awards campaign, streaming players are contending for major wins at this weekend’s Academy Awards®. Oscar® nominations received by the two major streaming platforms—Netflix and Amazon—reached an all-time high of 18 in 2019.1 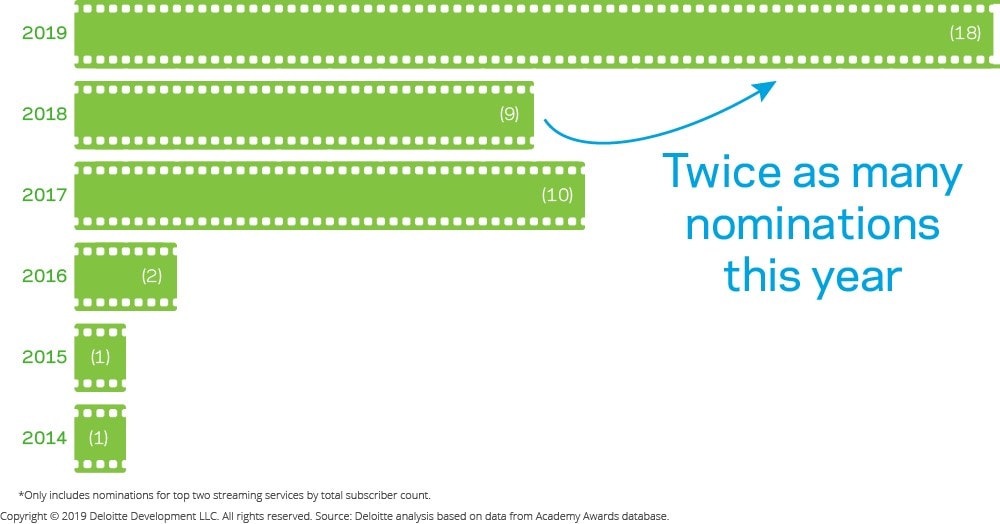 Last month, streaming platforms won seven awards from 23 nominations at the 2019 Golden Globes.2 This followed five wins in 20183, continuing the run of success in TV that began earlier this decade. The surge in Oscar® nominations reflects the evolution of streamers beyond documentaries into several coveted movie categories.

In 2014, Netflix scored the first Oscar® nomination for over-the-top (OTT) platforms in the Best Documentary category. In 2017, Amazon became the first streamer nominated for Best Picture. This year, these streaming platforms are vying for Best Picture, Best Director, both female acting and screenplay categories, and Best Foreign Film.

What’s behind the numbers?

The fight for award recognition is another phase of the struggle between traditional and non-traditional players, with streaming platforms seeking to dominate areas of the entertainment industry normally associated with Hollywood studios. The growth in Oscar® nominations also highlights the increased acceptance and validation of streaming platforms among the traditional Hollywood community. Netflix, for example, was recently admitted to the Motion Picture Association of America (MPAA).

This charticle authored by Shashank Srivastava on February 20, 2019.

A new world of choice for digital consumers

Digital media consumers across generations are increasingly in the driver’s seat—and their expectations are at an all-time high. Some major shifts are now occurring. What are the implications for technology, media, and telecommunications companies? 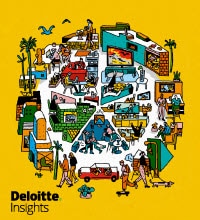 Issues for CIOs: IT risk and security

Giving cybersecurity the attention it deserves

Game of 'who owns'